Lucy in the Museum with Glass?

I landed in Addis Ababa with a long layover. I went to go get my visa on arrival, and was rejected. Apparently, you can't get visa on arrival ($50) for a stay of under 12 hours, you have to get a voucher from the airline that entitles you to a hotel room and a meal. I went back upstairs, got that, and then made it through immigration. Upon exiting that area, guys working for the various hotels spotted my voucher, and immediately tried to attract me to come to their hotel. But I didn't want to go sleep in a hotel, I had pre-booked a tour. Again, I had some issues drawing cash here. In this case, the ATMs (at the airport) seemed to just be out of cash- it wasn't only me. Finally, I found one with enough to pay my guide, and I was on my way. We started the tour at a history museum in the university. The building used to be Hailee Selassie's home, and they have since turned it into a museum. The Museum contains interesting items related to his life, as well as Ethiopia as a country. One interesting thing I learned is that while there are many in the Caribbean who worship him, pretty much nobody in Ethiopia does. There was a famine in Jamaica due to drought, and Ethiopia donated grain to help people eat. At one point, Hailee Selassie went to Jamaica in order to see where his donations were going. When he stepped off the plane, the rain started. Some Jamaicans took that as a sign that he was godly and should be worshipped. They started a new religion based on this. Back at home, he was still "just" a man. I say "just" as he did some amazing things for his country. He decided that they needed to modernize, and brought cars to the country in order to move them forward. He kept their independence at a time when many African countries were being colonized. And people respect him as a great leader of whom they are proud. I also learned a bit about Ethiopian art. they depict people either with one eye (in profile) or two, depending on whether that person was a believer or not. They frequently depict St. George, because he was a favorite saint of one of the guys who was in power. So the guy prayed to St. George before a big battle, won, and everybody suddenly became a big St. George fan.

Today though, it was St. Mary day, a day to celebrate somebody else. It is an important holiday for them. People were all going to or coming from church. One of the churches that is popular is at the top of a mountain. There is no public transportation to the top of this mountain, so people get up super-early in the morning to climb it. As we were driving up it, we saw people slowly descending, having completed their prayers at the church at the top. We also passed many women with large bundles of wood on their backs. My guide told me that while it was illegal to cut down anything in these woods, if a branch falls to the ground, you are allowed to take it. So, people come up here early in the day, gather fallen branches, and then schlep them down the mountain for sale at the market. Some of these pieces of wood are all around 10 feet long, and the women were carrying large bundles. For all the guys who think women can't do manual labor, forget what you think you know and look at these strong women. From the top of the hill, we had a great view of the city. I took it in, and then we descended. Next on the agenda was the National History Museum. This is the museum where Lucy is. Lucy, the skeleton of National Geographic fame, is in a little glass box here, surrounded by other old skeletons and a big display on evolution. The display covers both the human line, but also the evolution of other sorts of animals, like hippos. Additionally, the museum had some Ethiopian traditional art. One of the pieces was like a big comic book, telling the story of Solomon and Sheba block, by block. The Ethiopians are all very proud that they descend from Solomon, and that was a regular theme in the stories I was hearing from the guide.

Next, we went to a church and looked around. The Ethiopian traditional church is Orthodox, closely related to the Coptic Christians of Egypt. So they operate on the Julian calendar, not the Gregorian one. I'm not sure how that works with day-to-day logistics of international business, but it does mess up the days somehow. A priest opened up the church just for us so that I could take a look around inside. It was beautiful. In addition to the usual religious wall paintings (like of Solomon), there were some paintings about the history of Ethiopia. And Haile Selassie is buried inside. Outside, plenty of other famous people are buried. Mrs. Pankhurst (daughter of the "votes for women" Pankhurst, but also supposedly active) was buried here. And an Ethiopian artist was as well. I kept seeing interesting works of art- a mosaic outside the museum, a painting here or there, some stained glass. Everything I pointed to and said that it was interesting seemed to be something that he had made. The rest of the tour was mostly from the car. We passed squares dedicated to heroes who helped keep the country independent from Italy. I learned that the Italians and Ethiopians signed some sort of trade agreement. But, the translation in the two languages was different. The Italians thought that they were now the colonial owners of Ethiopia, but Ethiopia thought that they were still independent. This caused a war for a while, but ultimately, Ethiopia remained independent. There is a lot of evidence of the strong Italian influence, however. There is a lot of Italian-stle architecture built in that era. An Italian piazza where the Italians used to go shop stands near the Mercato, where Ethiopians shop. The mercato is supposedly the largest market in the world. From what I saw, it's some really congested streets with a lot of shops. Each street has a specific type of goods, and people can go from store to store there and make sure that they get what they need at the best price. There is an entire street just full of car parts stores. There is an entire street just with furniture stores. We passed a street that only had produce. I would have like to see that one, but the traffic was pretty bad. There was no way we would be able to get out and then get back in the car in a short period of time. Instead, I finished the tour at an Ethiopian restaurant run by a childhood friend of the guide. I got injera with some sort of chickpea mash. It was good, but there was no way I was going to finish it all because the waitress brought so much. I got back to the airport in time for my flight, and that was the end of another great vacation. 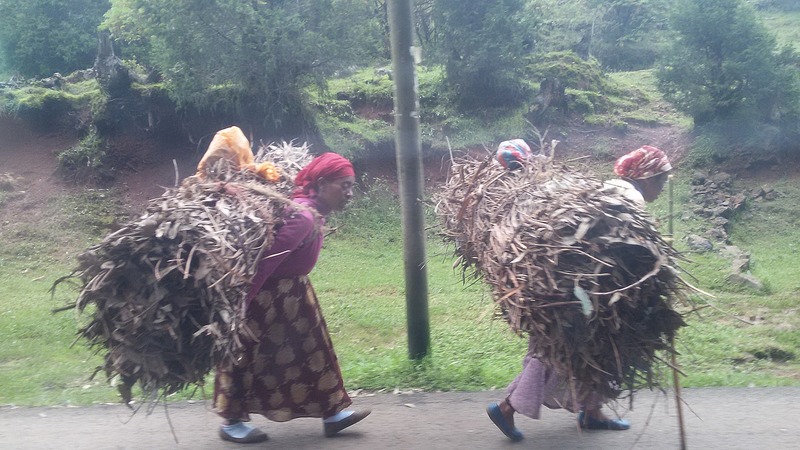 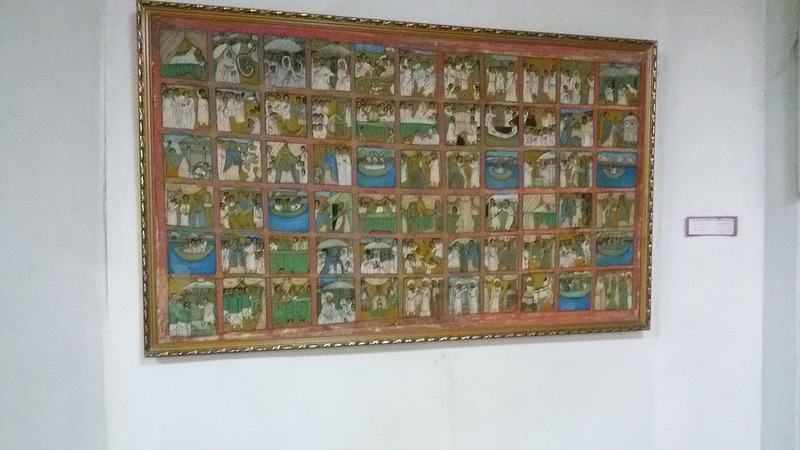 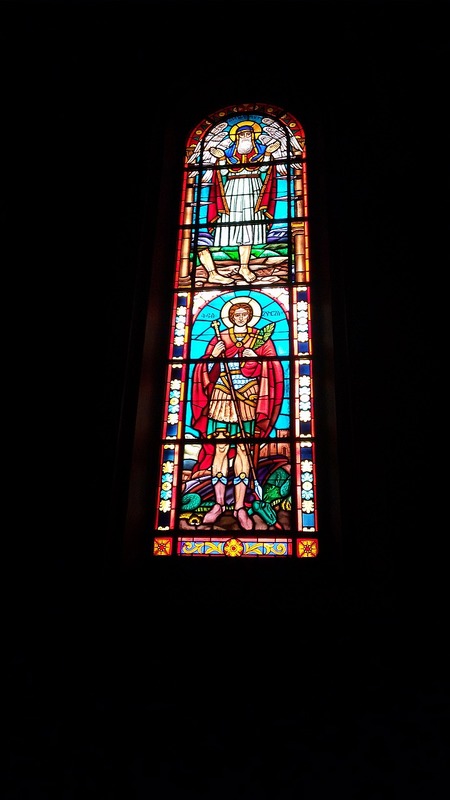 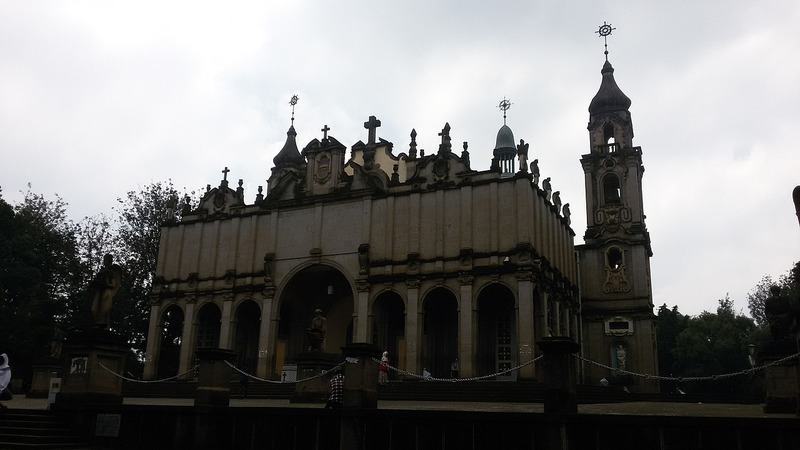 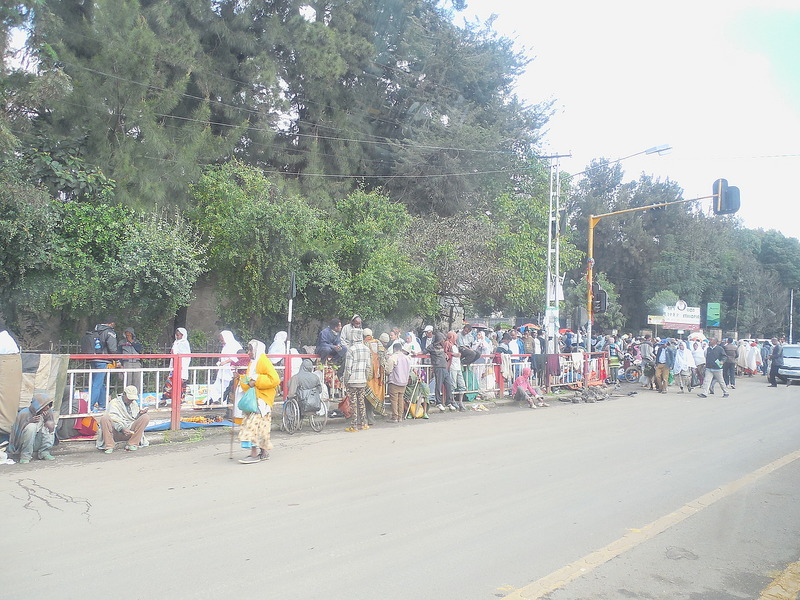