This morning, we headed up to the Golan to pick fruits. In Odem (it's been in Israel for decades, not sure why travelpod thinks it's in Syria), there are a bunch of foodie stops. We started at the winery and did a wine tasting. Honestly, the red, white, and rose we tried didn't taste that different than any other wines, at least to me. However, they had one wine that tasted to me like a bourbon, and was very different than the others. The cheeses there were standard bland Israeli cheeses.

Then, we got to the berry part. For about $5, we were allowed to go into the fields and eat all the berries we could, plus pick some to bring home at a rate that's better than the grocery store. I certainly took advantage of the all-you-can-eat berries. About a half hour in, my basket had all of 3 berries in it, but my tummy was starting to feel like I ate just a bit too much sugar. Meanwhile, my berry-picking-partner had a completely full basket. (Epilogue: they were turned into delicious berry cookie bars at home.)

After hitting all the raspberry patches, we went over to an area with some black-colored berries hanging on the trees. The berries were long (inches) and thin (like a regular blackberry), but tasted like grape soda. I have no idea what kind of blackberry they were, but people were shaking them out of the trees to catch them, and they were delicious!

We chilled for a bit under their grapevine canopy. The grapes weren't ready yet, but it was pleasant to sit there.

For people who are into horses, they had a bunch. You could feed them hay and pet them, if you wanted. After a while with the horses though, we were ready to go home. The sun was hot, and we had put in a good amount of time out in the heat. We're definitely planning on going back when it's cherry season or when they have other fruits. It was a great outing. 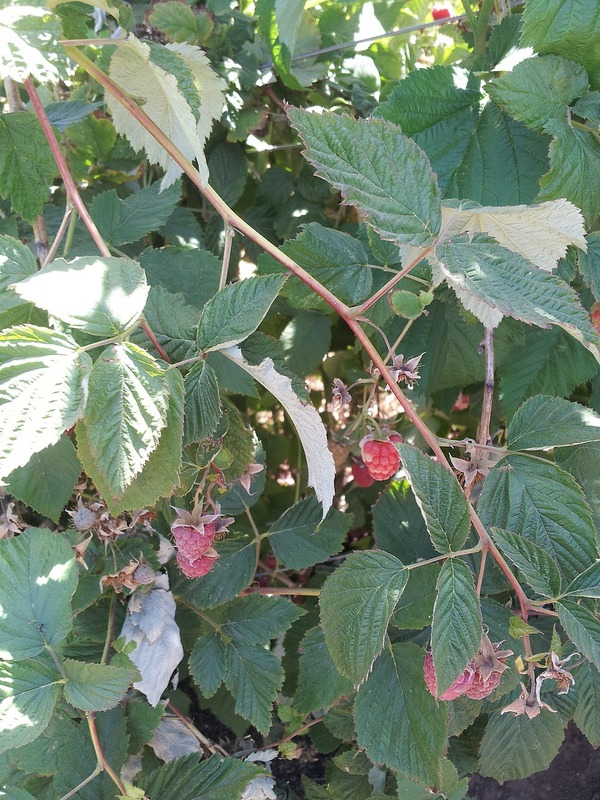 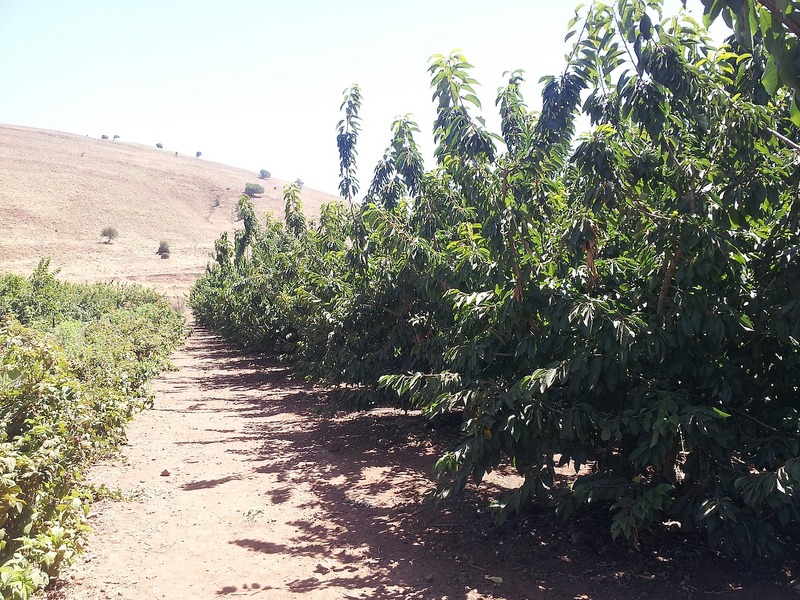