Slovenia in a Day

Our Slovenia Explorer guide picked us up for our Slovenia-in-a-Day tour bright and early. After loading all the guests into the van, we took off for Lake Bled. Unfortunately, I caught a cold at some point earlier, so I'm stuffed up, having a hard time breathing through my nose, and a little wiped by that and the meds I'm taking to try to ease the symptoms. While everybody else listened to the guide's stories, I was passed out. I occasionally woke for a glimpse of pretty scenery and attempted to listen, but I just kept falling back asleep.

I did wake up when we reached our first destination- Lake Bled. This is a gorgeous lake, set in the Slovenian mountains. It is a pretty enough site that rulers have chosen to build homes (like Tito's summer palace) here for generations. Additionally, there is a very famous island in the middle of the lake.This island contains a wishing-bell church. As the story goes, some lady's husband died, so she bought a bell to put on the church on this island. It sank on the way over. So, she became a nun. When she died, the pope sent a replacement bell to the island. It is said, that if you make a wish and then pull the rope to ring the bell 3 times, your wish will come true. So, everybody wants to get over to the island and make wishes. In order to get across the lake and over to the island, you have to ride in a man-powered boat. They don't allow boats with motors on the lake. The boats are all handmade and the business of rowing people over has been passed from generation to generation within very specific families. The rower took us to the island, and we had a good amount of time to explore. I rang the bell, climbed the clock tower, and took a little walk along the shore, before the rower took us back.

The castle at the top of the lake was the next stop on our tour. Our guide gave us a brief introduction to the castle and then set us free to explore. The museums were ok, but what I thought was the best was the printing press area. Under the museum about the first Slovenian books, a typesetter will pick up the moveable type letter pieces, put them and a picture down on the press, and allow you to operate the press and print a page the way Gutenberg would have. He then melts some wax on it and allows you to press the seal in. The other highlight was the Bled cake. It's basically a pile of pudding topped with whipped cream, all on top of a little crust, but it's the local cake, so we had to try it.

After lunch, we visited Predjama castle. This castle started as a well-protected fort situated in a cave, and grew over the centuries to become an un-siege-able, defensive masterpiece. Erasmus proved this, as one of the castle's most famous owners. The story starts with him being the Robin Hood of that area. During one of the many times the Austrians were warring in the Balkans, his family kept switching sides and fighting for both. Eventually, he decided that it made more sense to steal from the rich Austrian war camps and give to the local poor. So he did. He would steal stuff and then run back to the castle, where nobody could find him as it was well-hidden in the cliffside. Unfortunately for him, he tried this once in the snow, and they caught him by following his tracks back to the castle.They locked him in Ljubljana castle (where we were yesterday). He escaped through a toilet hole and ran back to the castle. When the Austrians arrived to re-arrest him, he had safely made it back to the castle. As there's no real way to successfully attack a castle that high up, they decided to camp out and lay siege to it. However, they didn't realize that the caves in the back contained passages to the land outside, where the locals who he had previously helped brought him food. He would catapult the remains out for a while, just to tease the army and show them that he was well-fed.Then, he got really clever, and sent a messenger out with nice food to just the generals. As a result, the regular (starving) soldiers were beginning to think that their generals were screwing them over, and beginning to get restless. A general ultimately paid off the delivery boy to alert him as to when Erasmus was using the toilet. He shot a cannon ball into the toilet area at that time, and Erasmus fell to his death. During our tour of the castle, we got to see the famous toilet area, as well as a little bit of the caves that were Erasmus's supply line throughout the siege. Our guide also explained to us how the inhabitants used the cave's coolness to preserve the food better, used the caves passages to expel smoke, and just otherwise took advantage of the physical area to build a great fortress.

The last stop on our tour was another, much larger cave. Postjona cave is one of the largest in the world, and very beautiful. It's large enough that we took a quick train down to the main part, went on a guided walk for about an hour, and then took a train back. The stalactites and stalagmites formed veils, pillars, and just generally made he area very wet. Despite that, the floor was no slippery at all. It was paved with some sort of special material that was actually kind of frictionally-sticky when wet. This is another place where looking at the pictures will give you a much better idea than writing words. I will admit that after a while, I was kind of stalagmited out. But, at the end they show you the “human fish,” which is one of the coolest animals ever. It lives in the bottom of the dark cave system, so it is colorless and blind. It can live for years without eating, but will eat anything that comes into the cave and is small enough. It is a very unique creature, and there are very few left in the world, so it was cool to see some lives ones, even if they were in cativity.

After the caves, we again passed through some pretty countryside to get back to Ljubljana, and again, I missed it because I was passed out. Dinner was another ok but unremarkable meal (this time, the same fried cheese with tartar sauce I had eaten in Prague), and I headed to bed right after. I have to beat this cold. 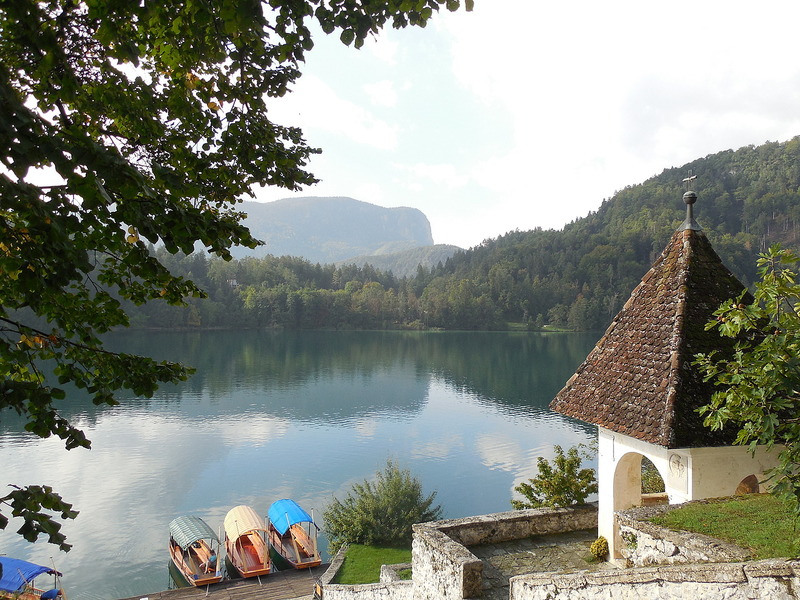 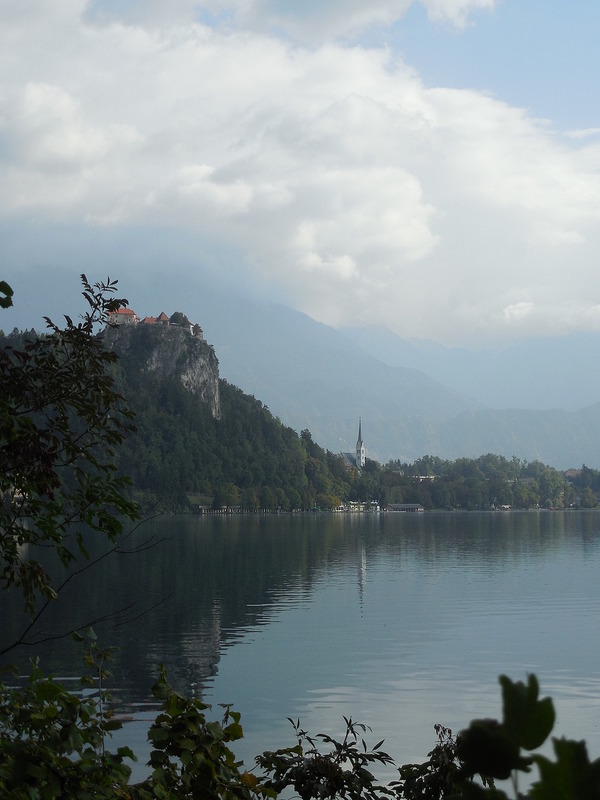 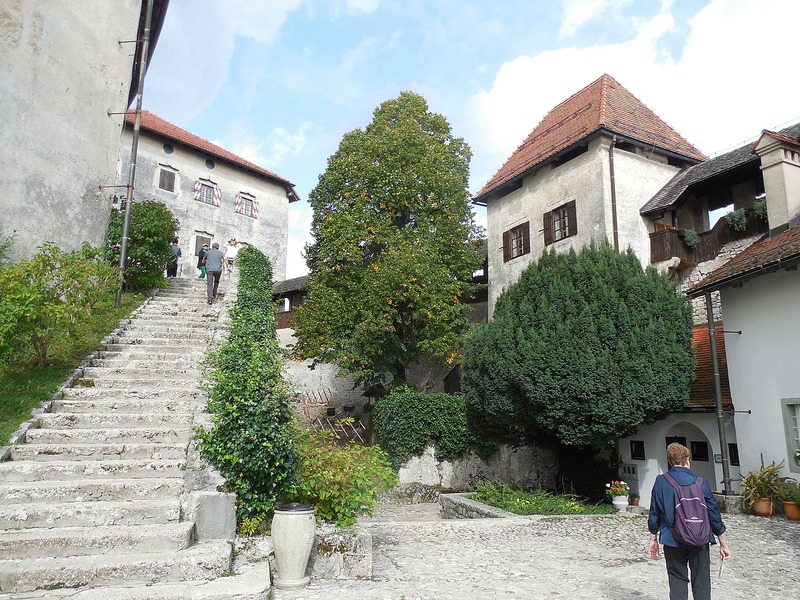 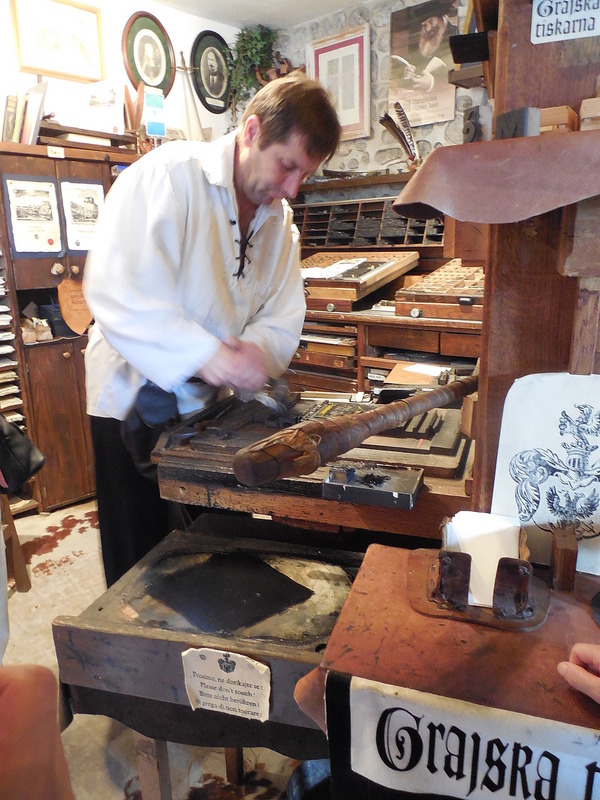 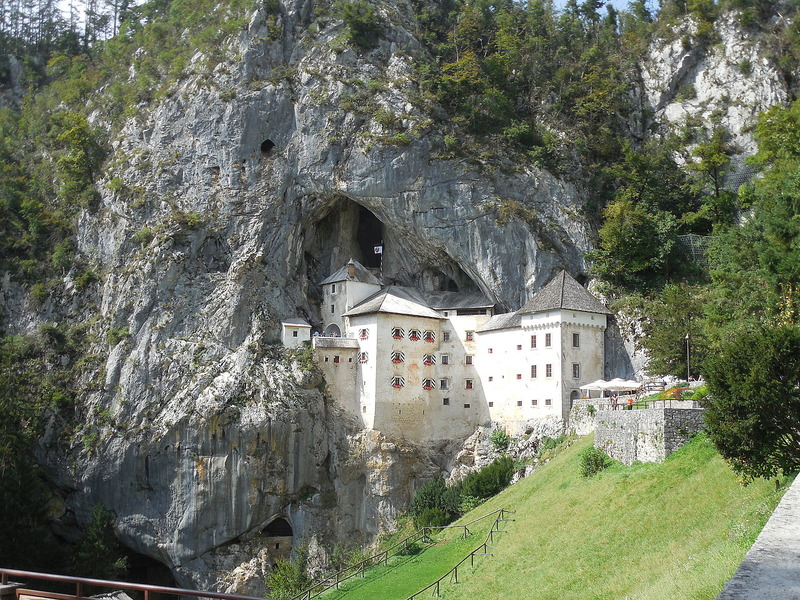 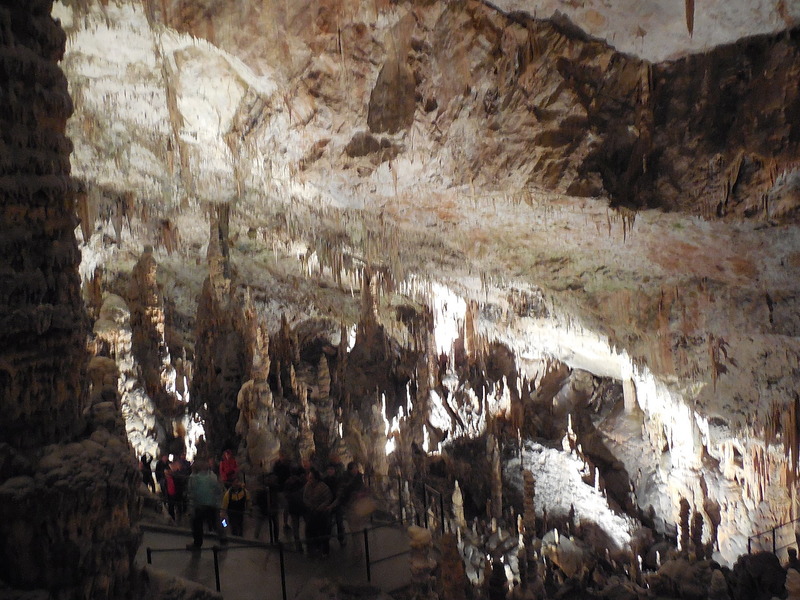