Having been to bed early, it was easy to wake up early. I love cities early in the morning, when the street cleaners and people making early deliveries are the only people out and about. I got to go around old town again, but this time, I had all of the buildings all to myself. I wasn't being jostled by the throngs of tourists, so I really got an opportunity to admire all of the gargoyles and intricate carvings on all of the buildings. At 9, the tourist office opened and I got a better city map, as well as instructions on how to get to Devin Castle- take the bus from the station under the UFO bridge (the non-UFO side). Easy enough. However, Devin castle doesn't open until 10, and the bus left at 9:10, with the next at 11:10 and each hour afterwards. Why they skipped the first bus after it opens is beyond me, but it meant that instead, I went to go see the city museum first. The city museum tells a lot about the history of Bratislava. I have to admit, that I didn't remember a lot about Bratislava from history class. I did, however, remember some about Pressburg, the capital of Hungary. Apparently that is Bratislava. I also remember a bit about Pozsony. That is also Bratislava. Good to know. The museum discussed the city's history under the various names and various regimes and had artifacts from the various time periods. All the signage was in Slovak and English, and it was quite good. The museum also contains the tower. The tower is some 88 circular stairs high, at least to the highest part tourists are allowed to reach. There is quite a view of old town from the top. When I was done with the museum, I headed over to the bus stop to go to Devin Castle. The ride is pretty short and cheap (less than a Euro). Upon arrival, I began by walking along the Danube and circling the castle, accidentally ending up in the town of Devin. It is a very cute town to walk through. After I finished m wandering, I made it back to the castle and climbed the ramp to the entrance.Within the castle grounds, they have sheep, historical reenactors, castle ruins, a small museum that contains artifacts from the various ages and a bunch of odd modern art. The signage is in English, so it was easy to understand the information on the various groups that occupied the castle area over the centuries. Other than a nice view of the Danube, there isn't a whole lot to see. The ruins don't take that long to walk around. The modern art is interesting and very out-of-place, but they aren't the kind of pieces that you stare at for a long time to try to figure out. Basically, from the time I arrived, walked around Devin, saw the castle, and learned a bit from the reenactors, it was an hour, just the right amount of time to catch the next bus. At this point, I felt that I had seen most of the city. I had lunch, trammed around a bit more, and grabbed my bag from the hostel. I went to the bus station to grab the next bus to Budapest. Unfortunately, the wifi in the bus station sucked, the bus was late, and I spent way more time in the bus station that I would have liked. It was relatively late when I got to Budapest, so I was left to navigate to the bus station in the dark. (The bus stops near a station, but not at it.) It wasn't hard, but since I hadn't been there before, I didn't know that they big building I decided to try was actually the station. First, I used the ATM to get florinths, the Hungarian currency, as Euros are not always accepted there. Second, I headed to the bathroom. It was good that I stopped at the ATM first, as I had to pay to use the toilet. Next, I got a 24-hour public transit pass and figured out how to get to the hostel.

Budapest public transit is possibly one of the best systems I've ever used anywhere any time. Each station has an excellent map of the area surrounding it, so far as to label each exit with a letter as well as what transfers are available at each exit. Each platform has a map of the entire line, and there are frequently just the stations in each direction on the wall behind where each train would pull up. Each car has a fully labelled map of the line, again including what transfers are possible at each location. And each car has a digital display telling you what station is next. The metro stations all have signs telling you how long to the next car. The tram, bus, and boat stations all have well marked signs indicating the daily timetable for each route. Many of the tram and bus stations have digital signs saying when the next one will get there and what number it is. Furthermore, the lines are all constant. There doesn't appear to be splits in the path for any single line where it changes based on time or every other car. The system as a whole was soooooo easy to use and I think all cities could learn from Budapest in this regard. I checked in to the hostel and went foraging for food. There was a Hungarian restaurant nearby with a live violinist, but the menu looked very expensive, and it didn't appear to have anything for me. Instead, I grabbed a "vege" burger and cherry strudel from a street stand. The "veggie burger" patty was basically a big mozzarella stick that she deep fried. The burger was a little interesting though, as the toppings included sauerkraut and chili sauce, amongst other things. I couldn't actually taste the cheese under everything else, but it didn't really matter- I was fed and ready for bed. 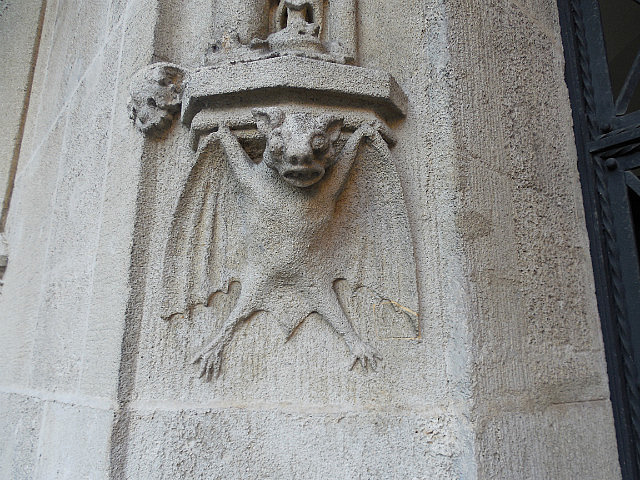 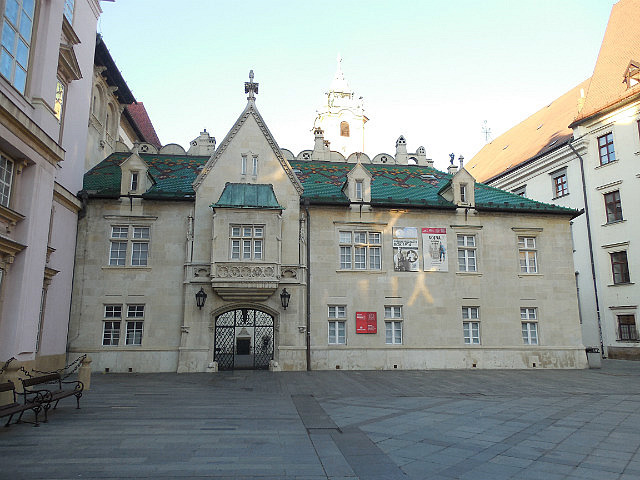 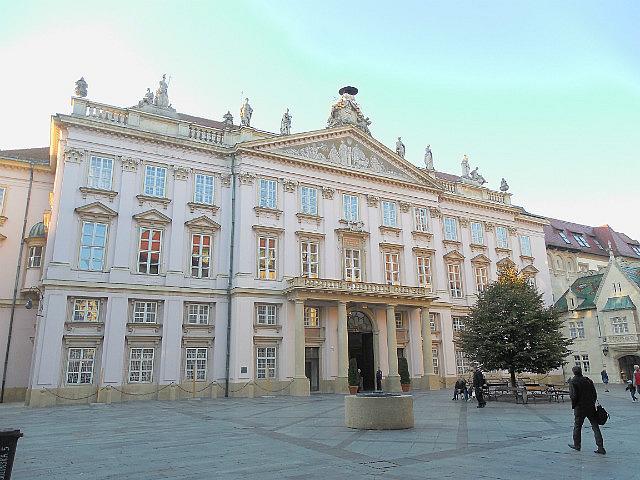 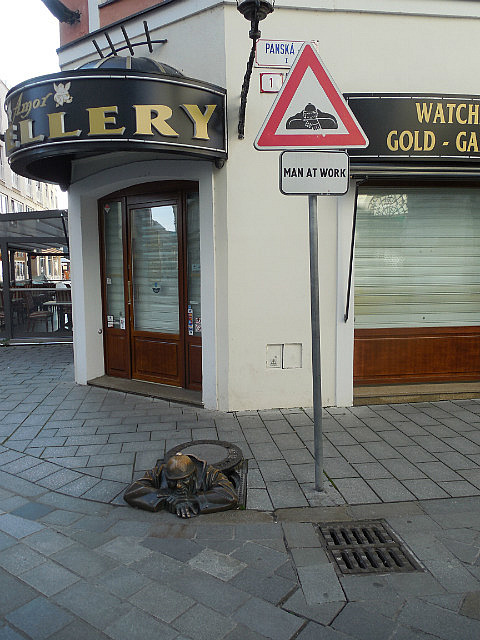 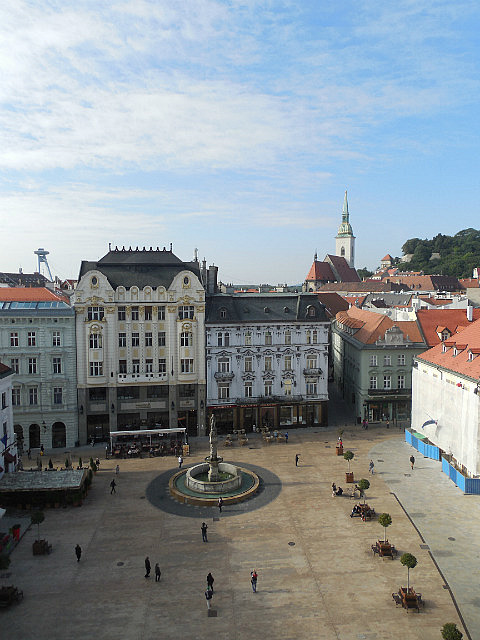 Old town from the tower 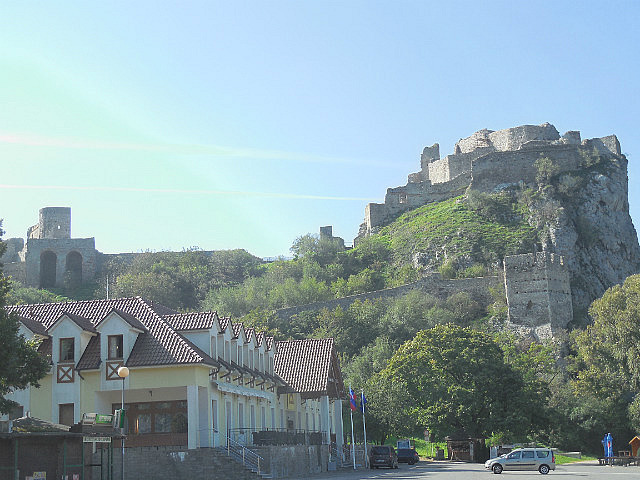 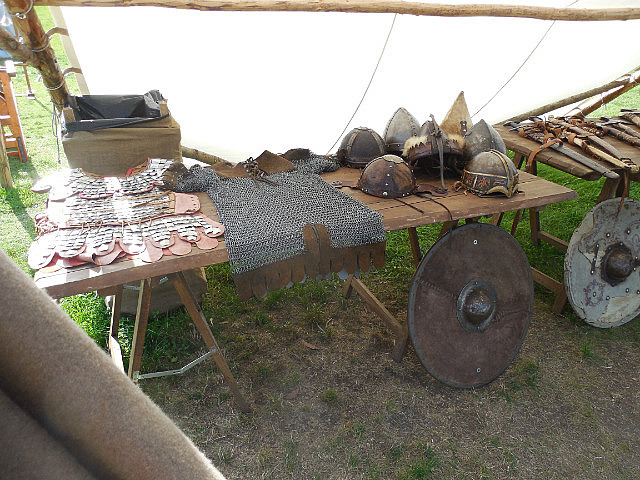 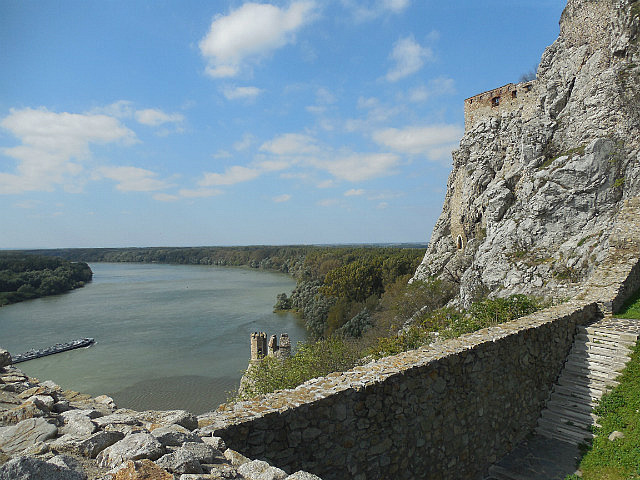 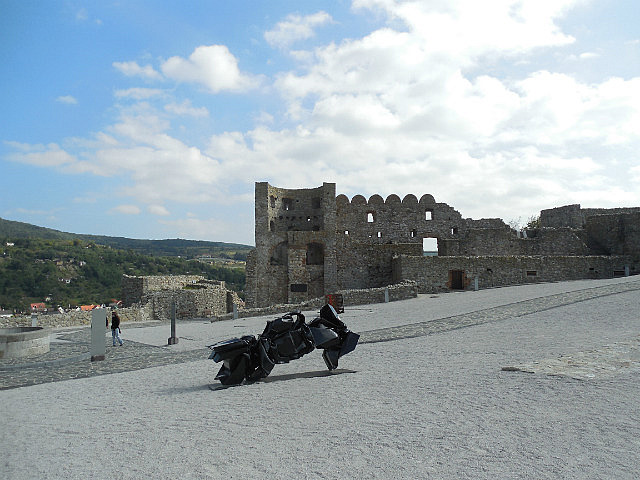 Next, I found myself at the presidential palace a little before the turn of the hour. I had read somewhere that there is a changing of the guard ceremony on the hour, with a big one at 1pm, so I waited around a bit, despite not seeing nay guards to change. There were at least a couple other tourists who were similarly misinformed, and a few minutes after the hour, I headed out to see more things, including the blue church. This church is painted so differently than any other church I've seen. It's totally my style- just take a look at the picture. Despite having snacked relatively recently, I decided that it was time for dinner. I ate at a touristy- hole in the wall, Minerva. I had to go down some stairs into a basement in order to get to the dining place, but it was worth it. The food was not something I'd eaten before. I had a "paprika with cheese" which translates to a roasted yellow bell pepper in a sauce that reminds me of a thick sour-cream, but tasted like cheese. I also got, at the recommendation of the waitress, some noodles with cabbage. The noodles were somewhere between a spaetzel and gnocchi and the "with cabbage" meant "in sauerkraut." It is absolutely not a combination that sounds particularly good, but it was actually not bad. I probably wouldn't order it again, but it was good to try. After dinner, I was pretty tired from not having slept much other than on the short plane ride and having walked around the city a lot, so I headed to bed early. 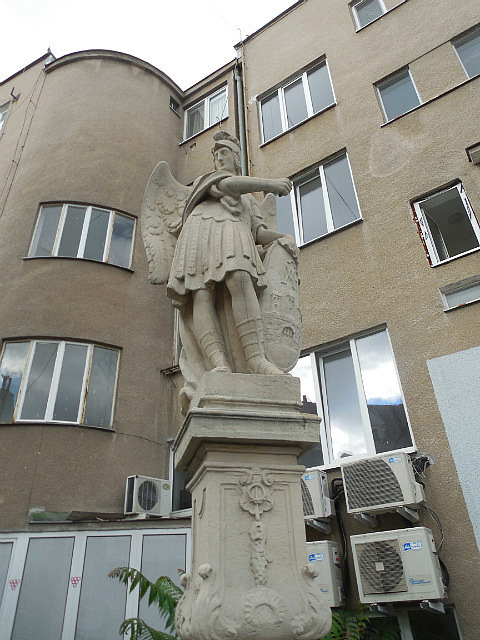 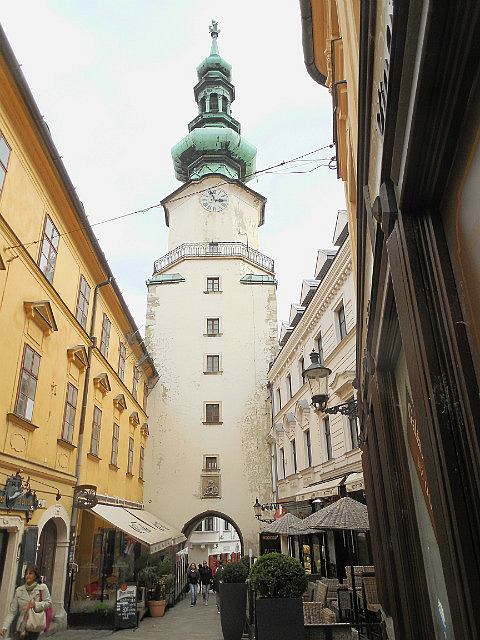 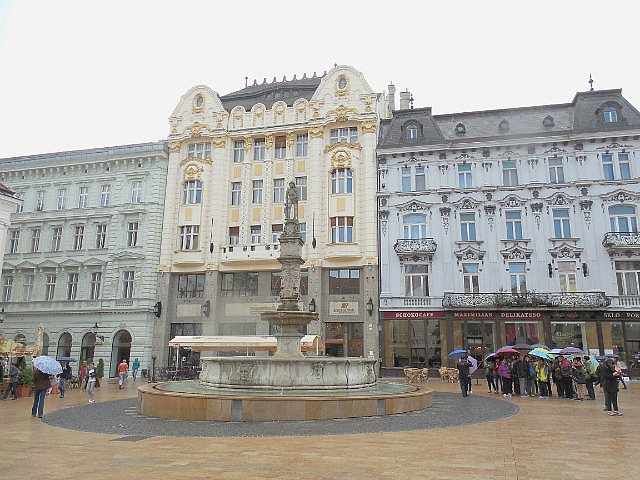 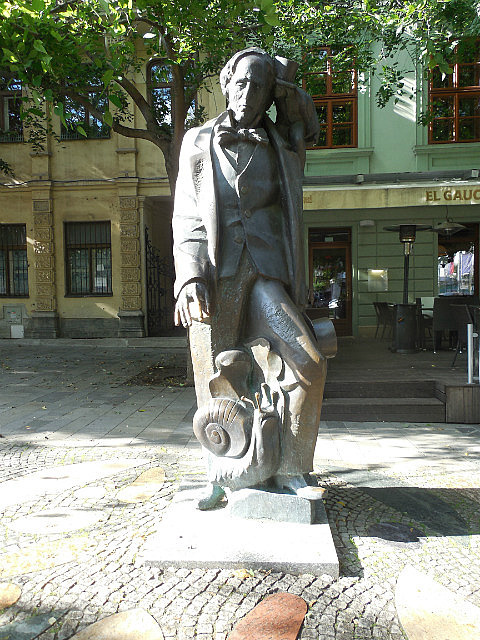 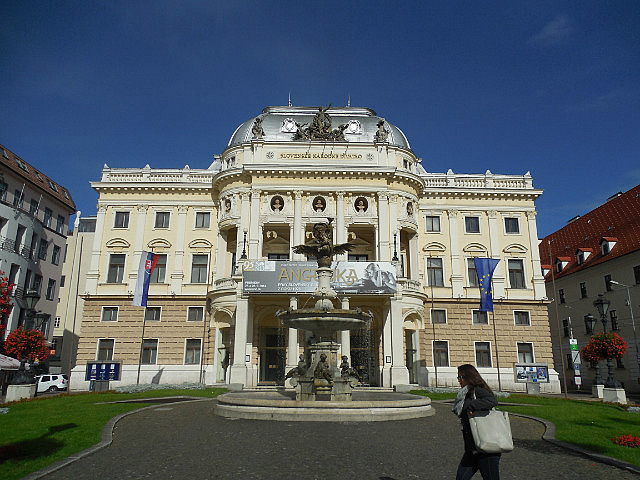 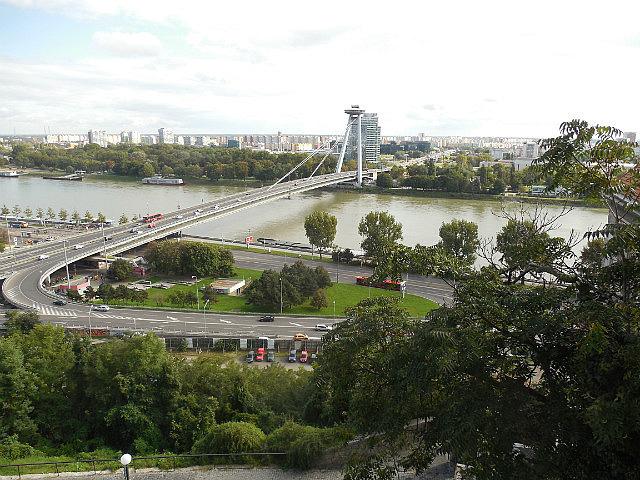 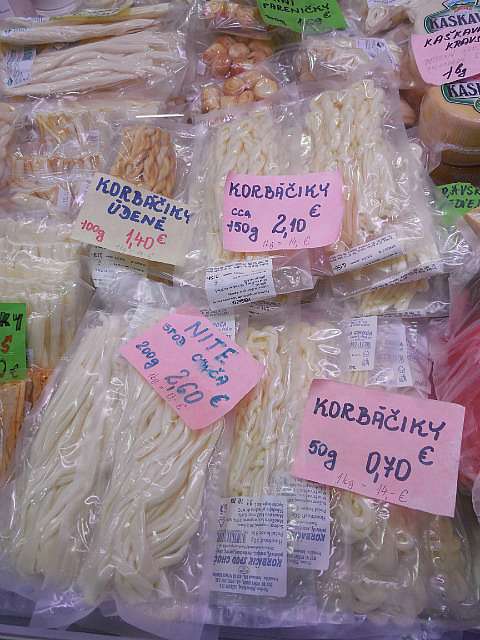 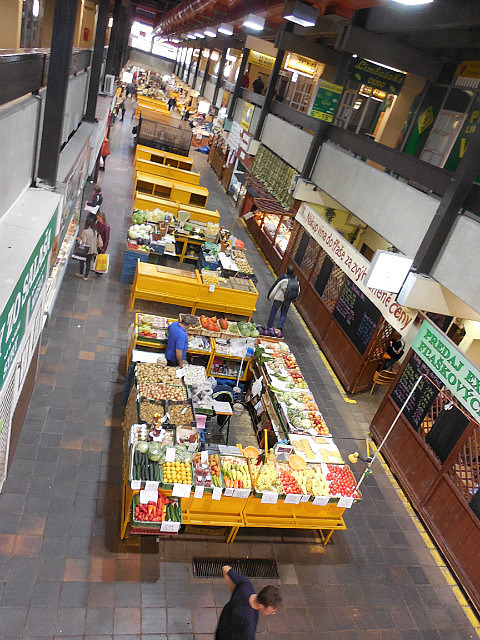 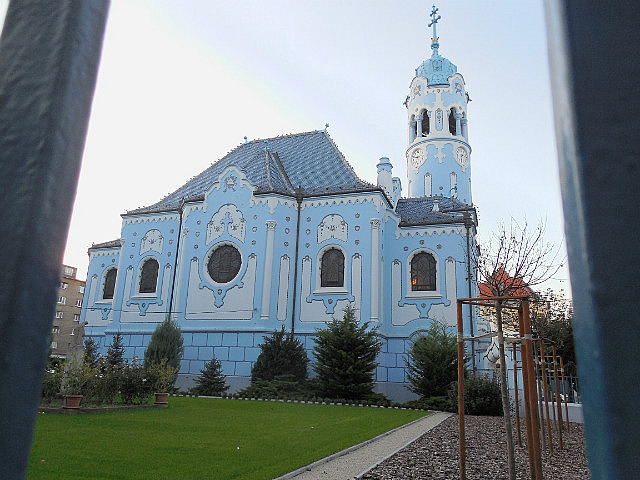 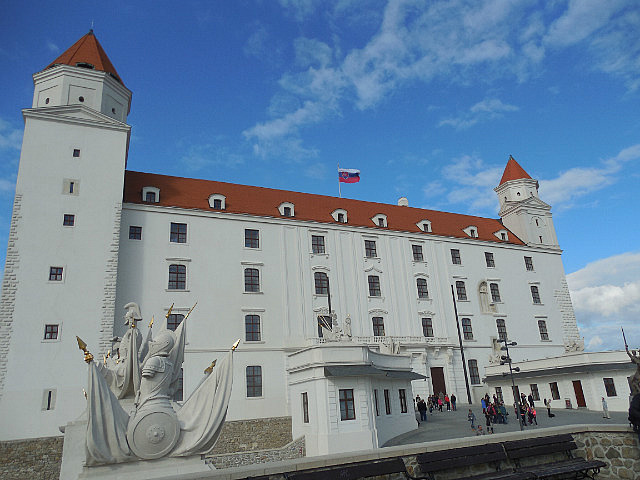