A short while ago, I went to Rosh Ha Nikra. This is a spot right on the Israeli-Lebanese border. They've got a little funicular there to take you down to the caves, and then once you're at the caves, that's when the fun begins.

In one, they have a short video that tells you the history and legends behind the caves. I found some of the terminology they used a bit amusing, but it was interesting to see. Where you watch the movie itself is actually inside of one of the caves that was used as part of the railway between Istanbul and Cairo when the British were there. However, it was sealed off at some point to prevent people from passing between Lebanon and Israel. There is, however, still evidence of the railroad.

In addition to the movie, you can explore the caves yourself. They are very pretty grottoes because they are all sorts of exciting colors. Some of the walls are purple, some are teal. All of them have nice echoes of the water lapping at them.

One thing we saw while we were there was that there was a kayak trip to the grottoes, so this weekend, we joined that: http://www.kayaksailinisrael.com/ It starts on a beach just south of the grottoes. You get all suited up and put into a 2-person kayak. After going over the basics for people who have never kayaked before, they let everybody get a little practice on the ocean and while getting to the grottoes. On the way, they stop every once in a while to regather and to share some of the history of the area. Then, they have you navigate through the grottoes while on your kayak and stop inside to tell some more history. The view from below is quite dazzling. Because you're in the water and not on the tourist path, we got to see some areas that we couldn't see the other week. Finally, we returned to the beach we started at. It was a great, energizing trip. I highly recommend it to anybody who is looking to do some physical activity (but not hard-core), while enjoying the sun, ocean, and history. 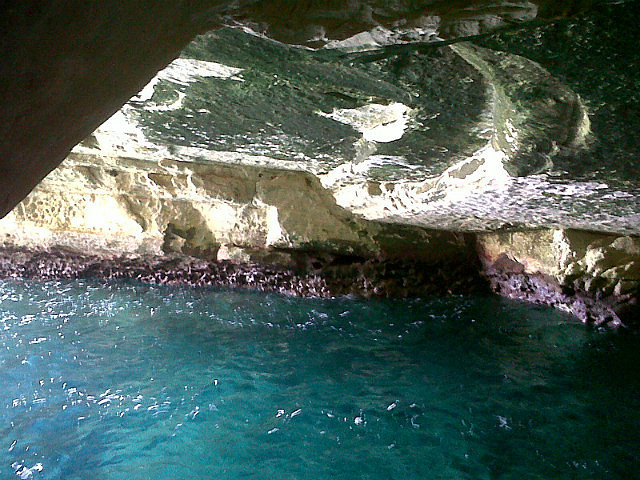 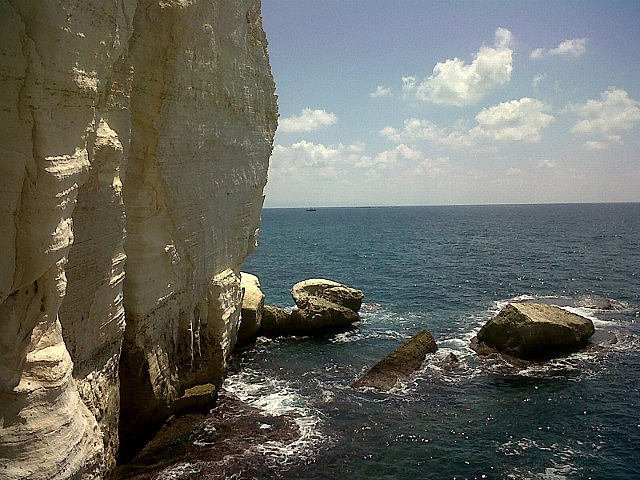 Rosh Hanikra from the outside 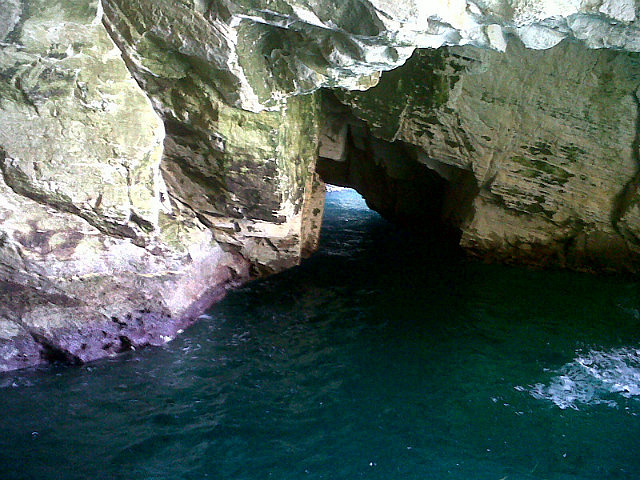