The picnic table was clear for us to eat breakfast yesterday, but when we awoke, we were surprised by 6 inches of snow built up on it. The same amount needed to be shovelled out of the driveway in order for us to get our car out. And of course, a similar amount had to be swept off of the car. We dug our way out of the neighborhood, through the still-falling snow. It's been several years since I drove in this, but all of the special safety tricks are not things you forget. The roads were somewhat plowed, and not too bad, but the 2-direction backroads of the neighborhood had become 1-direction roads. Unfortunately, some people were trying to get in, while I was trying to get out. Passing wasn't an option due to the trail/road markers on the side of the road limiting how far off I could stop, so I had to back up and icy hill some way before the other guy could pass and I could continue. It was certainly an adventure. The adventure in dealing with snow was a lot of fun, but it meant that we got off to a late start. I was a bit concerned as to whether we would have enough time for a driver that the GPSsaid was 2 hours in good weather. When we descended the hill out of the neighborhood though, the snow turned to rain, and the roads were completely clear. Rain isn't as pretty, but you can make better time in it and not be quite so nervous. Of course, as we got close to Zermatt and started climbing the Alps, the rain turned back into snow. The roads curved and slithered back and forth. The sides were mountainous and steep- one corner taken too quickly, and there would be no hope. But, I drover slow and safely, and we arrived in Tasch. Tasch is a city of parking lots for people who want to take the train to Zermatt. Zermatt doesn't allow cars in from the outside- they make you park in Tash and take a train into town. In town, the only vehicles are these boxy things used to transporting good, or the occasional taxi. Most of them weren't on the slushy roads when we were there though. Also, maybe because it's not hiking season, not ski season, and the visibility was small, not much was open in town. The town seemed to be mostly hotels, restaurants, and souvenir shops, so I guess if it's a slow tourist day, it doesn't pay to be open. We were determined to enjoy ourselves, despite the snow. We strolled (and slipped) to the end of the road and looked out at the Matterhorn. We saw whiteness. I'm not even sure I can count being there since we couldn't see even to the end of town, much less the mountains beyond. We grabbed a bite at one of the few places open- a restaurant in a bar in a hotel. We attempted to see more, but pretty much everything was white. Pure whiteness blocked our gorgeous mountain views. Whiteness covered any historical markers there may have been. Whiteness formed an impenetrable blanket. The drive back was similar to the drive to Zermatt- very pretty when we could see things, but mostly views blocked by weather. 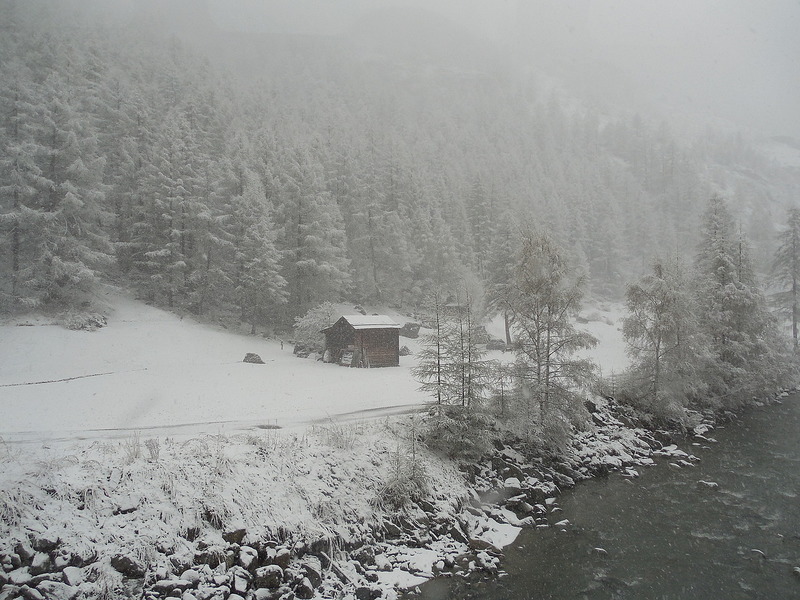 View on the way to Zermatt 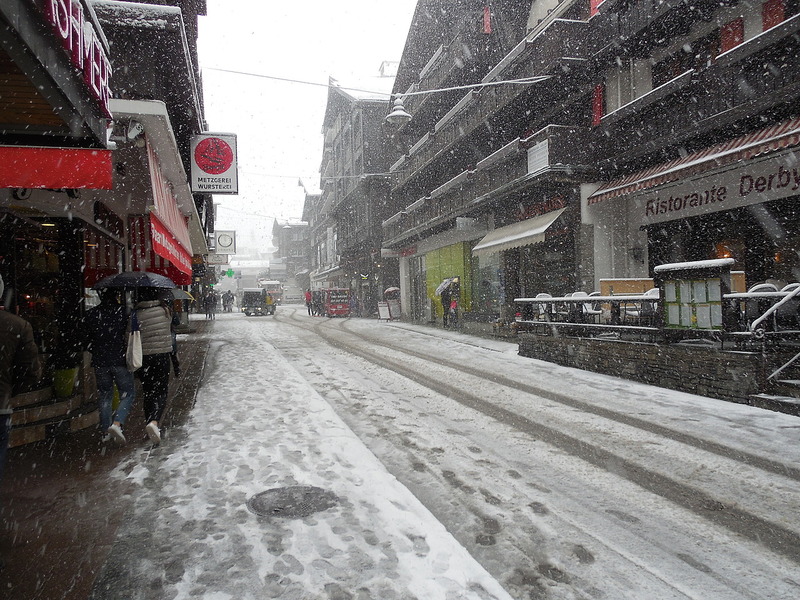 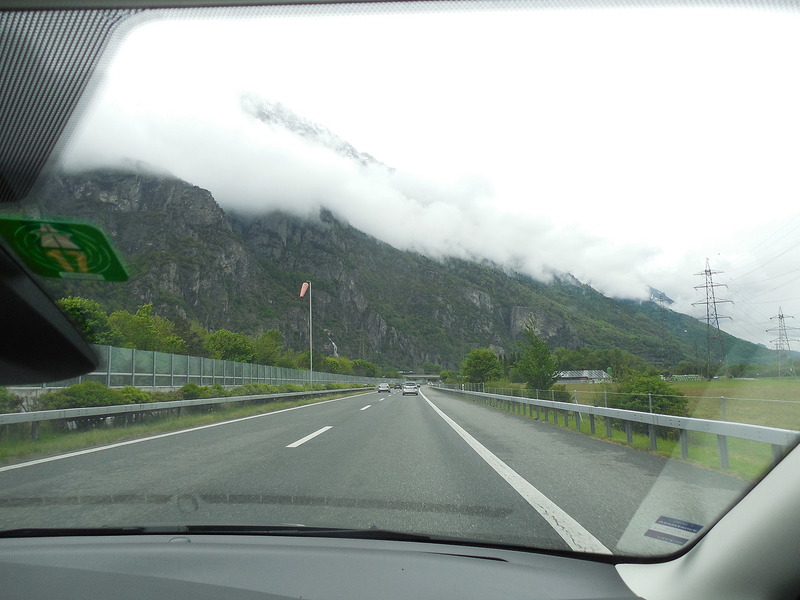 View of the drive