Upon arrival in Israel, we had to go through special processing in order to take care of the paperwork associated with becoming new citizens. It was actually pretty easy. We mostly sat around until called, signed a whole bunch of stuff, and received a lot of stuff. When we were done with processing, we were able to go get our bags and walk through customs.

Upon exiting, there was a whole crowd of people there to greet us. At first, I thought they must all be friends of somebody in particular on the flight, but no, they were random people there for all of us. Some of them were singing Am Yisrael Chai, others were giving us candies with “home sweet home” sayings on them. Some were soldiers who were welcoming us to our new homes. Additionally, there were some reporters from the newspaper Haaretz who wanted to ask us some questions about why we were moving here. It was extremely touching that all of these people took time out of their day to come greet some 25 new immigrants as if we were a big deal. I definitely felt a bit special, but I'm sure they open their arms to all of the NBN flights this way.From the airport, the taxi ride to Karmiel felt so much longer than it was because I was tired and trying (unsuccessfully) to stay awake. When I finally arrived, the realtor let me into my new apartment and helped me to get a bit settled before leaving me to nap. In the evening, the weather was gorgeous, which made Karmiel seem that much more beautiful. I enjoyed the weather by walking into the main shopping area to pick up a few items. As I was walking, it was beginning to hit me that I had just moved to Israel and fulfilled the dreams of so many of my ancestors. I was starting to get verklempt at the thought that I'm now an Israeli in Israel, and then some guy drove past while whistling and making a kissy face, making me laugh and feel like I was back in St. Kitts. Dinner was pizza that was pre-topped with olives and corn. Corn just doesn't go on pizza in the US, but I was taught almost 8 years ago by a good Lebanese friend that it is very common in the US. I will always laugh when I see corn pizza, which I expect to happen a lot more now. Finally, I the late hours and long journey was beginning to take its toll on my energy level, so I headed home. I'm finally here- my home. 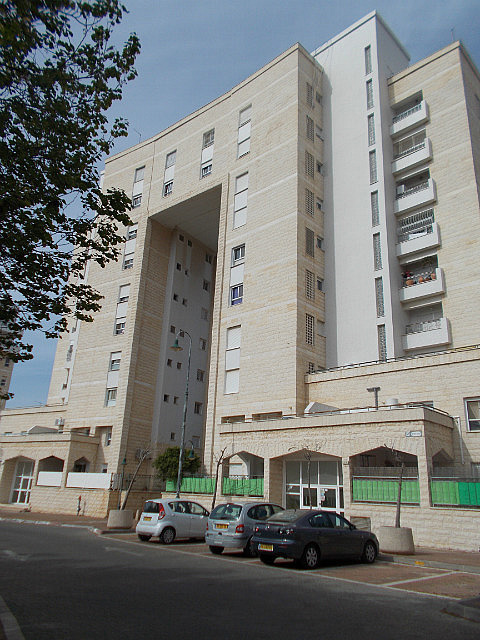 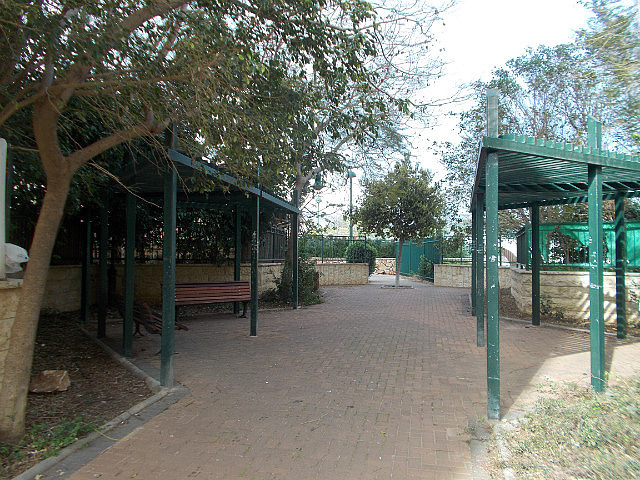 Park in my new neighborhood