I awoke on the DFDS Seaways boat from Copenhagen to Oslo excited about the beautiful view I'd see. Unfortunately, it was raining, cloudy and foggy, so the views weren't as fabulous as they'd otherwise be. My personal recommendation, based on our experience is to either 1) sleep in, take your time packing and with breakfast, and then relaxedly get off the boat last, 2) don't have luggage so you can take the stairs comfortably to the disembarkation area, or 3) get up early and get your luggage into the elevators way early. 15 minutes before disembarkation, the elevators were full and weren't moving at all. We had luggage, but we managed to drag it down 4 flights of stairs in order to get into crowd early. I say crowd as there was no line, just a mass of people crammed into the little room by the door. We were some of the first people off the boat, which was nice as we didn't have to wait for cabs. There were a whole bunch waiting for us. I got the luggage to my parents' cab and then went and got my own to Akkers Brygge, where I went to catch the ferry. The cab ride was relatively short, but it was one of the most expensive I've ever taken- over $30.

At Akkers Brygge, they have all sorts of boats and ferries to take people locally around the bay. The 601 to Nesoddtangen was pretty huge, complete with multiple levels, a snack bar, and a big bathroom. It was also empty, with plenty of room to spread out. One of the bonuses of the ferry ticket is that you don't have to buy a separate bus ticket when you get across- it's included in the price. Another bonus is that they are super well-organized. The buses arrive at the ferry terminal right before the ferry does. They wait, and then after everybody is unloaded from the ferry, the buses leave. This is very convenient and the timing ensures very short waits. The only negative thing I can say about the system is that the bus driver told me the wrong stop to get off at. To be fair though, I know no Norwegian and he at least knew enough English to tell me what to do. Maybe because it was Sunday, they area is pretty desolate and empty. Fortunately, I found a lady who was able to call a friend and point me towards where I wanted to be. It was about 3k away, and it was a gorgeous hike. If I hadn't been in a rush to get to my SCUBA class, I probably would have wandered down some of the side roads, taken longer to do the hike, and taken a lot more pictures. The area was wooded and had lots of adorable little houses. Plus, the view of the bay was stunning. I'm not really upset about the hike at all.

Eventually, I got to ProDykk Oslo, the SCUBA center. It is down a hill at an industrial marina area. The guy running the class was really nice about me being late- so late he had already completed the classroom portion with the other 3 people in the class. Luckily, I had them ship me the book ahead of the class, just in case I was a little late, and I had studied it. He asked me the review questions to make sure I knew what I needed to know, and we went to get geared up. The first dive was strictly doing skills on the platform, and we only used half a tank of air, but a tank there is 300, where elsewhere it is usually 200. We did the second dive very shortly afterwards, using the same tank because one of the guys in the class had to go home early. This dive, we got to see a bit of a shipwreck. The shipwreck reminded me of a Star Wars cruiser. The diving here is completely different from the Caribbean or other tropical place I've dove. First, the fish are all small and boring colors. The only sea animals I recognized by name were starfish. Everything else I'd just call a generic "fish." Second, there aren't large coral reefs. Instead, there are little organisms living on the rocks, and even these are very muted colors. Even the water itself isn't particularly blue. Its kind of a brown-gray-green sludgey color. Next, we had very crappy visibility in some places, although apparently as it's colder the visibility improves. For divers who had only been in tropical waters, I recommend at least once trying an area like this. Maybe it's not as exciting scenery, but it's neat in its own novel way. Plus, it's interesting to learn dry suit. Of course, the technique to using a dry suit is also very different than the technique required to use a wetsuit and BCD. Trying to get my buoyancy right, I felt like a beginner again. There were definitely times when I fell too much or was beginning to float away. On the third dive, the one guy had gone home, and we had gotten new tanks. It was just the 3 of us, no instructor under water (although he was watching from nearby). I did end up floating away towards the end of the dive when we were ascending and I couldn't release enough air fast enough. Of course, the visibility was bad, so I immediately lost my partners and we ended up meeting at the surface. It was ok though. By the time that happened, we had already navigated to a different shipwreck, seen it, and were headed back. There wasn't much more to see, and we hadn't been so deep that missing the safety stop was a big problem.

At the end of the dive, I was exhausted, as I typically am after a day of diving. I took the bus back to the ferry back to Oslo. I got on the public trolley/train thing to central station and walked to the hotel to meet up with my parents. They had spent the day doing the hop-on-hop-off bus tour of Oslo. While they found it to be ok, it was a little bit of a challenge as they apparently don't have signs for where the bus stops, you just have to know. Also, it stopped running relatively early. Apparently a lot of things are closed on Sunday, but we ended up headed towards a neighborhood with lots of Indian, Thai, Pakistani and other Asian restaurants, so we had quite a few choices for dinner. My parents indulged me- instead of having expensive Norwegian food, they let me pick and Indian place, because I really miss having Indian food. I enjoyed the food at Punjab Tandoor, but I have to admit that there were surprisingly few vegetarian choices for an Indian restaurant. 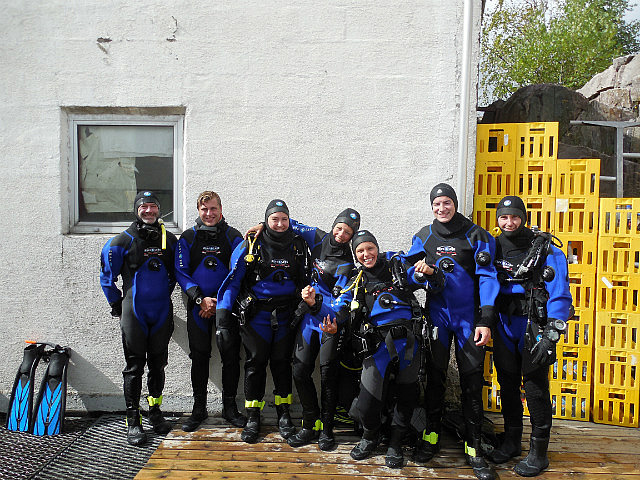 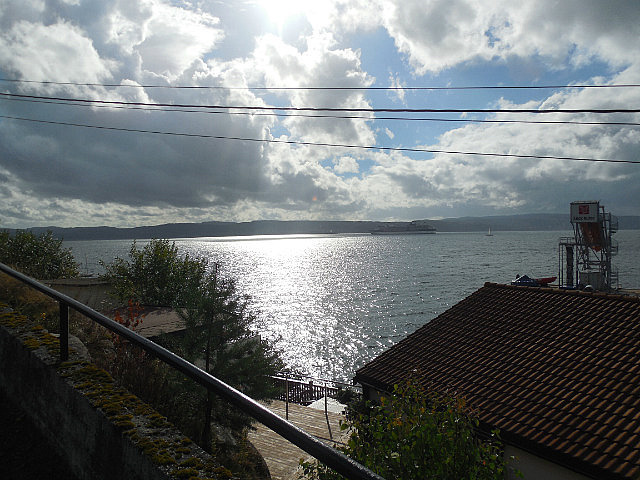 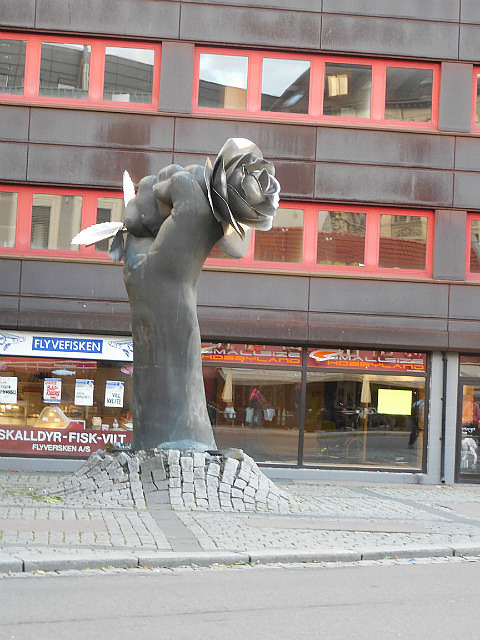