I got up for an early breakfast at the Steakhouse Grill/St. Lawrence Pizza Hut (not part of the chain) and then headed straight for the beach. This is my last day in the Caribbean for a long time, so I planned to just spend it on the beach, one of my favorite things to do on a Saturday in St. Kitts. Unfortunately, they charge for the beach chairs where I went. There wasn't a sign saying that they cost anything, but some guy came up to me with a badge and said that the chair and umbrella was $BDS15. At first, I assumed this was a scam, but paid anyway. Later, when a beach umbrella fell, they guy I paid and another one with a badge ran over with shovels to put it back up properly, so at least I can feel I was paying for something. I read on the beach until lunch time, when I grabbed lunch at one of the nearby beach bars. I'm still surprised and a tad upset that nobody here seems to ever have any local drinks, but the macaroni pie was decent.After lunch, I went to Barry's Surf School, which is a short walk up the road. A family of 4, including 2 under-10 kids and I were signed up for surf lessons. The dad already knew what he was doing. The kids caught on quickly and their mom caught on by the end. I, on the other hand, am not a surfer. I don't know what I was thinking given that my klutzy self falls over walking on flat ground, but you never know until you try. By the end of the lesson, I could kneel on the board well, but only ever stayed on my feet for about a second or so before getting smacked in the face by the ocean. It didn't help that we were at a rocky beach and my feet were getting torn up as well. I was beaten up by the ocean and hadn't yet truly learned to surf. Oh well. Not everything can be for everybody. However, if you have better balance like those kids did, I'm sure you'd love it. I had Pablo Dante's for dinner- another unremarkable place, but it was there and the food filled me. 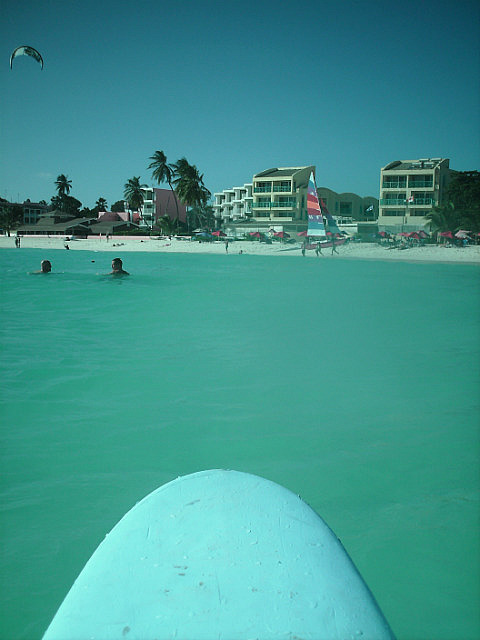 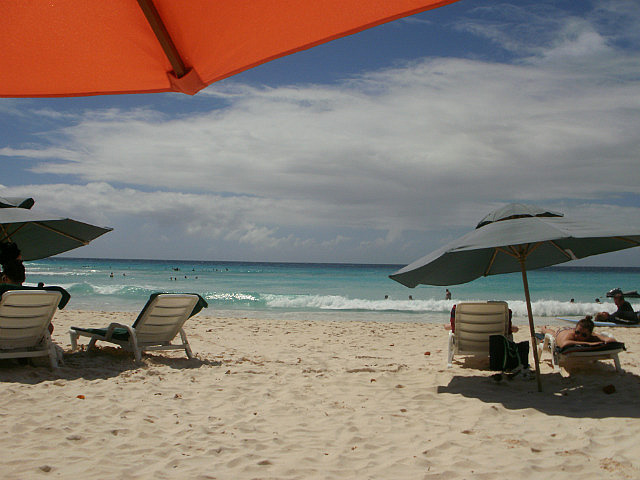 Posted by spsadventures 16:00 Archived in Barbados