This morning, we took the Sea Bridge over to Nevis. We arrived at the loading area at 8:30 or so just to make sure we got on the 9am Sea Bridge as sometimes it fills up. At 10 something, it arrived and loaded. Welcome to Island Time. At least we got a good nap as we waited. We were still pretty exhausted from the staying out late and the volcano climb.

Over in Nevis, we started by looking for the Fort Ashby ruins that were marked on the map. We couldn't really find them, but we found a neat little river/lake that would dump into the sea when it rains.

Next, we headed into Charlestown. The city was pretty closed as it's a Sunday and there are not cruise ships, but we saw the monuments, memorials, outsides of museums, and other important buildings' facades.

Continuing around the island, we saw the Bath Historic Hotel, the Nevis Museum, and then the Golden Rock Plantation.

Lunch was unexpectedly superb. The arugula salad was just that- arugula. Not a bunch of micro greens and spinach with a little arugula, but real, peppery arugula. In fact, it was almost too peppery. The balsamic wasn't balsamic vinaigrette. It was real, mothered balsamic vinegar. I was very impressed with the quality of the ingredients they used. That being said, it could have used some honey or something a bit sweeter to go with the very peppery and tangy salad. After lunch, we headed around the island some more, stopping here and there. We eventually made it back to the Sea Bridge for the "2:30" boat. Again, we got in some good napping while we waited. Even when he told us "10 minutes," we got a good nap before he came to check tickets and still had plenty of time to wake up between then and when we actually got on the boat.

Back in St. Kitts, we headed over to Reggae beach, where some church was having a fundraiser, so the beach was very full. After a little beach time, we went home to rest there, get sorted out, and then went to dinner at the new Mexican place, Chinchilla.

Chinchilla has just opened- as in the sign went up late this week. We had heard from a friend that the food was ok, but you didn't get what you asked for. (Example, order fish enchilada and get chicken enchilada.) I found the same. Our nachos came with extra toppings that I didn't really want. I couldn't find the beans in the bean burritos, but there were a lot of veggies. That being said, the food was all ok. Not great, but not horrible either. 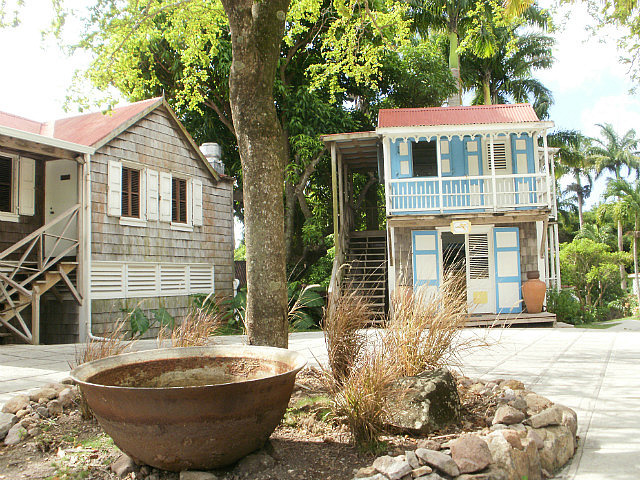 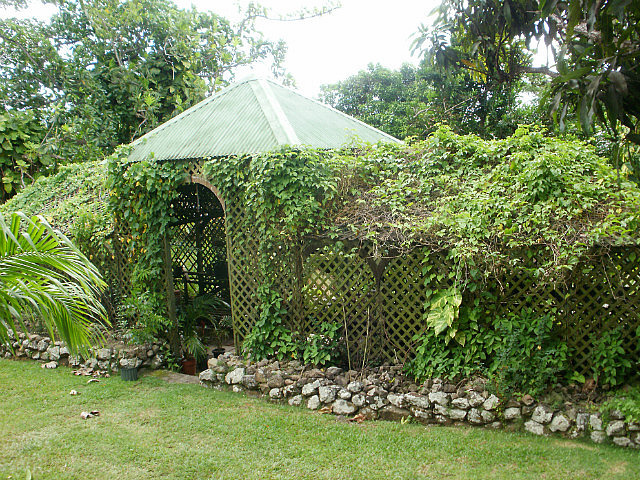 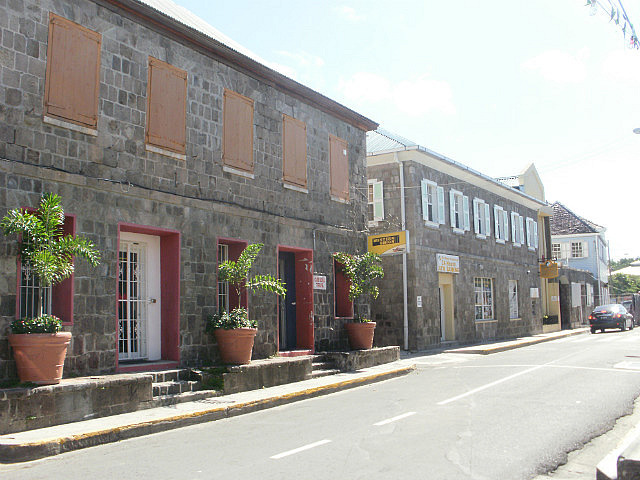 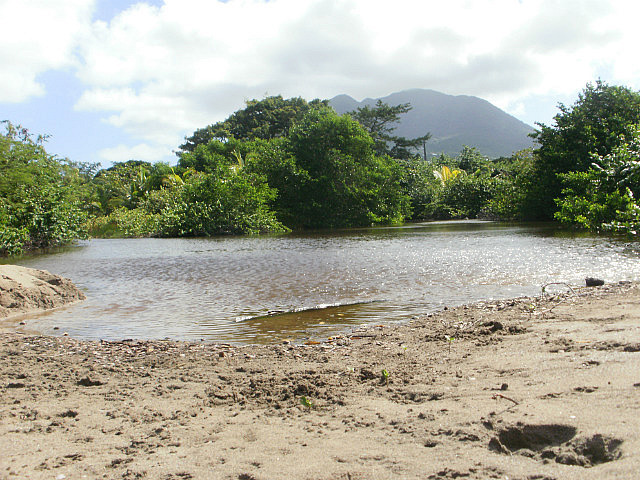 Creek where Fort Ashby should be