Friday, I checked out one more "restaurant." There is a green food truck that is usually sitting on the corner of Fort St. that sells "rasta food," which is apparently vegetarian + fish. Somebody from work recommended it, so I picked up a take-out box of food. The macaroni pie was decent, but the food mostly wasn't. It needed a LOT of salt.

I picked up dinner at Rock Lobster, getting pretty much one of everything I thought was interesting so that we'd have lots of choices. I was less impressed than last time, but it was ok. Friday night, Jen got here!!!! I picked her up from the airport, we got settled and ate our food, waited for the rain to abate, and then set out for Potential with some other friends. Because it had just been raining, some sections of the dance floor were under about an inch or so of water. That didn't stop the Grandmasters from playing and everybody from dancing and having a good time though. I don't get why the club doesn't have the Grandmasters playing longer than just to midnight, because whenever they're done and it switches to DJ, most people leave and head elsewhere. Next, we headed to The Strip to see what was going on there and to get Jen some beach time and a chance to dip her feet in the Caribbean. Most of the bars were pretty dead. There was one that was playing mostly American music, but over some Caribbean beats with the occasional local song, and we ended up there. Most of the people in the bar looked like expats and tourists, but there were a few locals other than that ones I brought with me. The dancing there is soooo different that what I've become accustomed to. It was very much more American-style than St. Kitts style. I had a reasonable time though. I think we left around 2 and there will still plenty of people there, so it's obvious that plenty of other people were having a good time.

By the time we dropped my friends off, we ended up home at 2:30, which left not quite enough time for sleeping since we had to be at Port Zante at 8:30 to meet with our guide for the volcano hike. We had booked the hike through Thenford Grey's tour company because they were less expensive than some of the other operators, they left at a later time than some of the other operators, and they actually had a tour going. (Many of the other operators didn't have a tour going at all this weekend, and some didn't want to do a tour just for 2 people.) We met with David, the tour guide, and got loaded onto the "Safari bus." In addition to us, there were 5 people from the cruise ship. As we drove around the island to the trailhead, David shared some information with everybody and pointed out some sights. I found it humorous that he spent time talking about the government housing neighborhoods we passed, but didn't mention anything at all about the sugar mill ruins. Right when we got to the trailhead, something went wrong with the vehicle, and we all got a good whiff of smoke as the safari buses have open sides. They're great for taking pictures, not so great when the vehicle dies in this manner. Fortunately, we were where we needed to be and set off. One thing that did impress me though was that while we were on the trail, David was able to discreetly make the calls he needed to make in order to get us alternate transportation back.

The trail starts off as a nice walk through the woods, and then becomes a hike, then becomes a climb. He had given us walking sticks and water as we set off, and boy was I thankful for both. Throughout the trail, I drank his water, the water I brought, and 2 cups of the juice he brought for the top. I could have drank more. I've never done a hike with a walking stick before, nor ever felt the need. It was absolutely essential on this hike. Much of the trail is very slippery. Some is over smooth rocks (and in part, the rocks are in the middle of a creek, so you're stepping on smooth rocks as the water flows right over them.) Some is mud covered in wet leaves. Some was gravelly little rocks that also slipped a bit. Despite the walking stick, I still fell 5 times, and slipped countless others. We were all pretty muddy by the time the tour was over. However, it was worth the views. While I missed a lot of the rainforest as we journeyed because I was busy looking at the ground to not fall, David did stop us for breaks every once in a while, and we saw some cool views. He explained a few of the more interesting trees and vines to us, including one tree that gives off a sap that is used like tiger balm. I know we were rushed because the cruise people had to get back to the boat, but it would have been nice to go a bit slower to see more as when we did stop to see the views, they were incredible. The view most people are really on the trail for is the view from the top. When we got to the top, we were able to look down into the volcano crater and see the little lake at the bottom. In my mind, the crater wasn't so deep. I think the bottom was close to sea-level. In my mind, the inside of the volcano would be rocky, but it was actually covered in plants and very green. I don't know if other volcanos are like this or not, but this one completely changed my preconceptions. All in all, it took us over 2 hours to get to the top at a pretty strenuous pace. It took us plenty of time to get down too, as there were many places where we had to climb down the rocks backwards (and very carefully).

Upon returning to town, we grabbed some coconut water from a friend's stand by the gas station because it supposedly has good electrolytes in it. We de-mudded, put on our swimsuits, and headed out to Shipwreck to relax. I'm pretty sure I fell asleep on the beach chairs, but woke because it was cold and moved my towel on top of me like a blanket. Please keep in mind that I'm fully adjusted to the weather here, so 75 degrees F with a breeze feels cold to me. We were there just before sundown, which apparently is when the sand crabs all come out to play. We watched them pop up from their holes and scurry around the beach. They're quick little buggers.

Shipwreck closes at sundown and we wanted to sit somewhere and eat, so we went to Carambola, which is right up the road. Carambola is gorgeous! The whole place is gorgeous stone. They have these neat round 2-person beach chairs. The palm trees seem strategically placed for optimum beauty. The sunset view from there was pretty amazing. The food was generally pretty good too. They had an interesting mix of cuisine- some Asian items like sushi, some seafood, some Italian items like risotto. The one thing that really stood out though was the pumpkin soup. This pumpkin soup may have been he best bowl of soup I've ever had in my life. It was perfectly creamy with just the right flavor- not too tangy or too salty or too anything. The pumpkin was well-complimented with some muted spices, but they were just enough to make it stand out properly. The only unfortunate part is that it's only the "soup of the day" so it's only around once per week, per the waitress. I will have to call ahead to see when it's the soup of the day and I will totally order it to pick up and take away when it is. 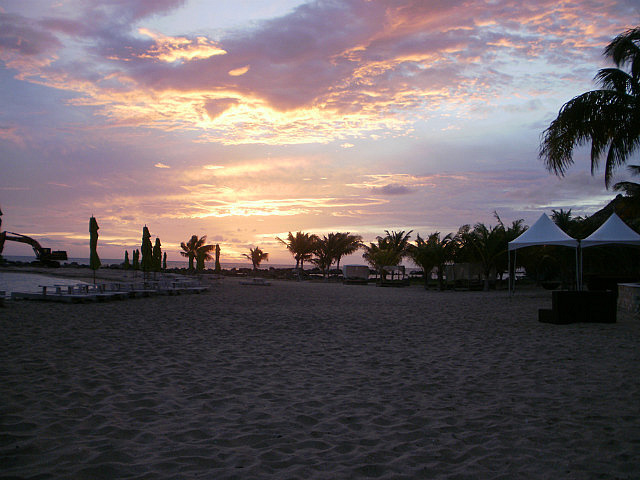 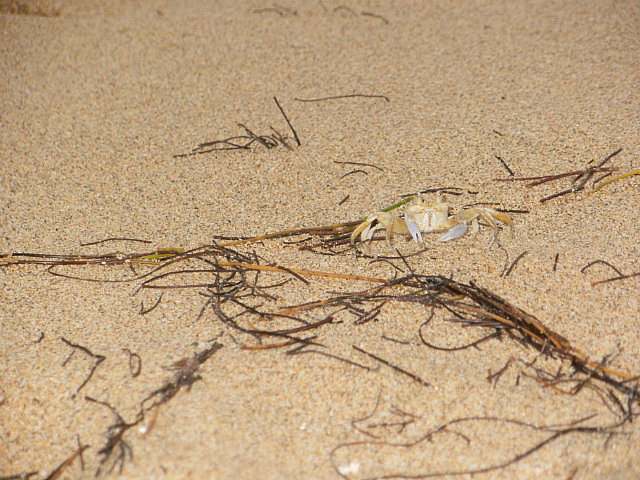 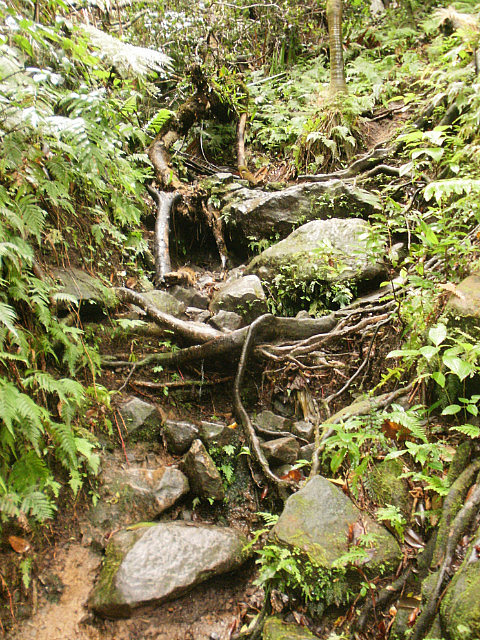 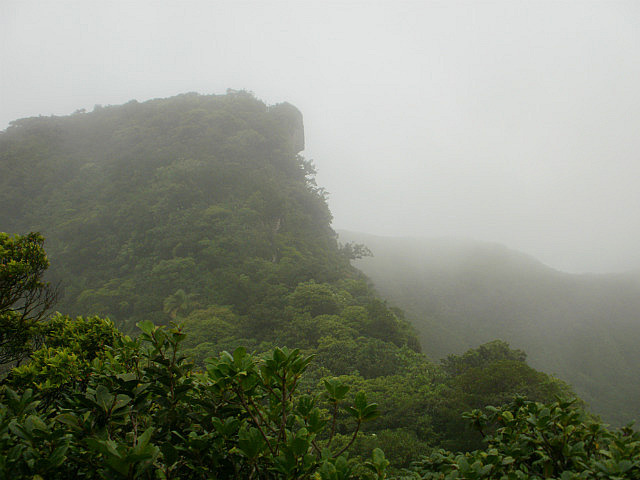 at top of Mt. Liamuiga 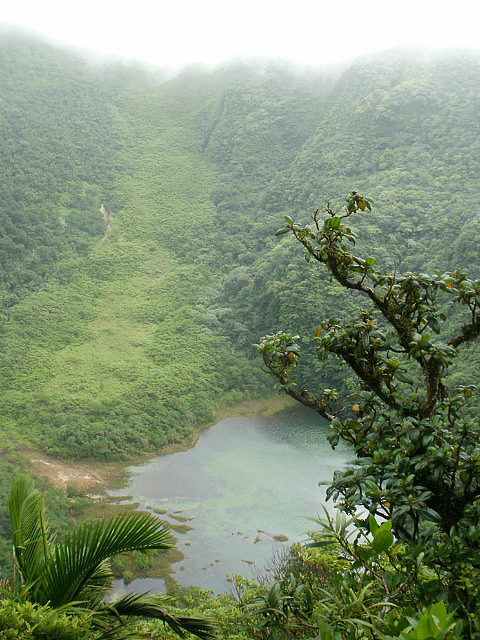 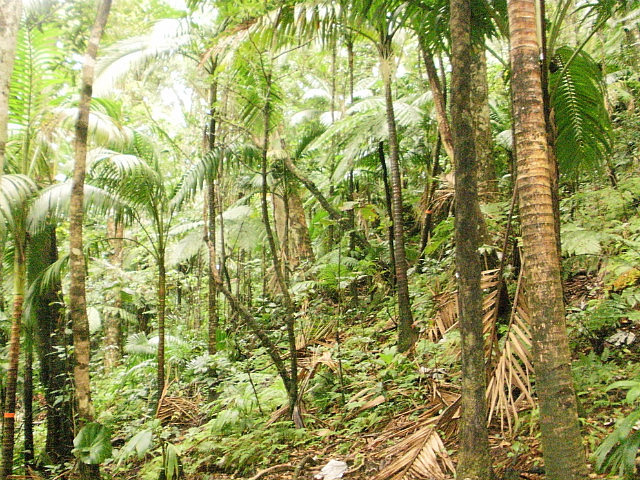 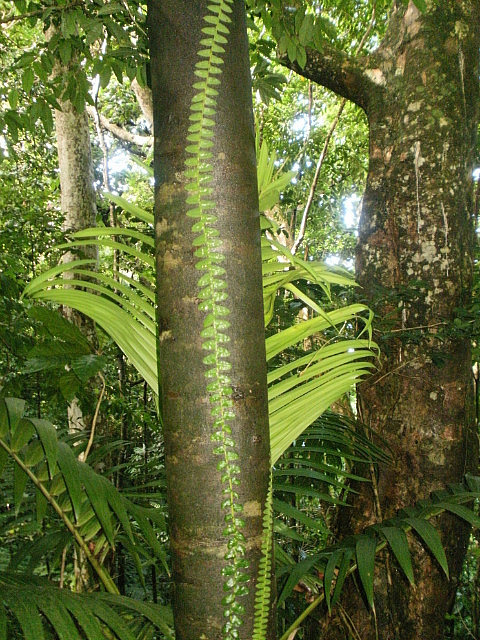