Today was our last full day in China. We slept in a little too late, so we had to rush to get Chinese breakfast. Chinese breakfast consists of congee, steamed buns, pizza bread, and some other flatbread. I'm pretty sure that congee is last night's rice + extra water, left in the rice cooker over night. It's really bland, boring, and not that great. The steamed buns were a favorite, as usual, and the pizza bread was really good. Next, we headed over to the lake. We rented a covered paddle boat for an hour (less than $7 total) and headed out. Sort of. Mostly, the boat turned in circles and was difficult to steer, but we had fun anyway. We watched the birds and fishermen and just generally enjoyed the scenery.

Around the lake is the Nanjing City Walls. We walked by the wall until we found the place where you can climb up it and walk on top of it. First though, there is a little museum that details the history of the wall. At least, that's what I think it was about based on the maps and pictures. There was only Chinese, so I just made up what I thought it might say. On top of the wall was pretty cool. We could see for quite some way and we had it all to ourselves. The walk was grassy, but much MUCH easier than the Great Wall. That's good, because going down stairs still hurt my calves. (I'm good for up stairs or down ramps though.)

The wall ends rather abruptly into a neighborhood. Fortunately, the neighborhood is near Purple Mountain, which was our next hike. First, we had to refresh though. We grabbed drinks. The vending machine also had a squirt gun in it, which came filled! I think I had a little too much fun squirting people with it. We didn't hike to the top or take the cable car, but we did wander the side of the mountain. It was serendipity that we stumbled across a Chinese lute player playing in a gazebo. She was just practicing, but she was pretty good. We also stumbled across something important. I don't know what kind of mausoleum or memorial it was, but it obviously held somebody worth making a big deal out of. However, not somebody important enough for English signage. Just as it started drizzling, we decided we were done and it was time for food. A cab dropped us off on a food street, but as it was too late for lunch and too early for dinner, not a lot of places were open. We ended up at "Cheese Club." There were many cheese and non-cheese items on the menu. The mozzarella sticks were the same as you'd get anywhere. I also discovered that I'm not a big fan of warm kiwis with bananas and pineapple in a sandwich.

Our last real adventure in China was Kung Fu lessons. How do you go to China and not do martial arts? This guy my friend knows took Kung Fu from a true master who studied at the Shaolin Temple. We were invited for a "trial class" at this guy's apartment/studio. We kicked, punched, balanced, hopped, and had a great time. I wish we could have stayed more, but we had to catch a train.

The sleeper train to Beijing was nice. We had soft sleeper bottom bunks, which basically means we had seats with a cover on it. That's better than the top bunks which were luggage racks with covers on them. The beds were plenty long and had room underneath for our luggage. The room came with slippers, personal tvs, lighting, and other amenities that I didn't use because I passed out from exhaustion. The bathroom had western toilets, but as everybody in China puts TP in the trash instead of down the toilet, it was not pleasant by morning time. Just before we got to Beijing, the train attendants came to wake us up and take out the trash. Since the dining car was closed, I'm glad I brought snacks. We did finally make our way through the crammed subway to the Beijing airport and grab food. The Thai food in China (at the airport) looked the same as Thai food in the US. It was spicier and the pad thai had basil in it, but otherwise also tasted very similar. Immigration and customs exiting was a breeze. We bought waters after though, and they got confiscated as we went to get on the plane. Surprisingly though, my mega pack of batteries didn't get confiscated either upon search or metal detector, and China is a "no more than 2 batteries in a carry-on" country.

The plane ride was interesting because we went through a typhoon that even made one of the flight attendants sit down right in the middle of the aisle. Also, we arrived in San Fran before we left China. 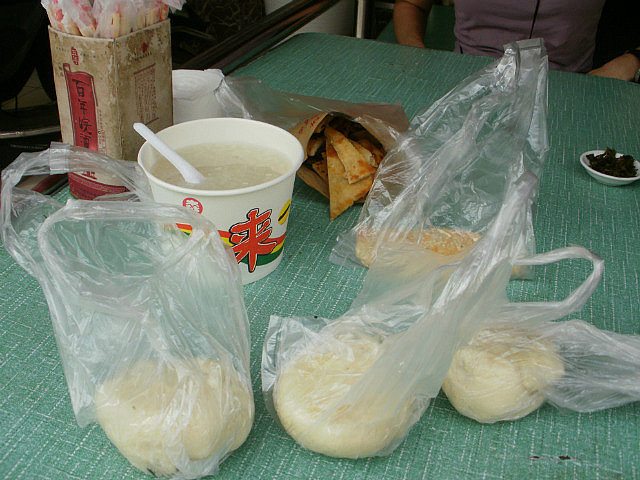 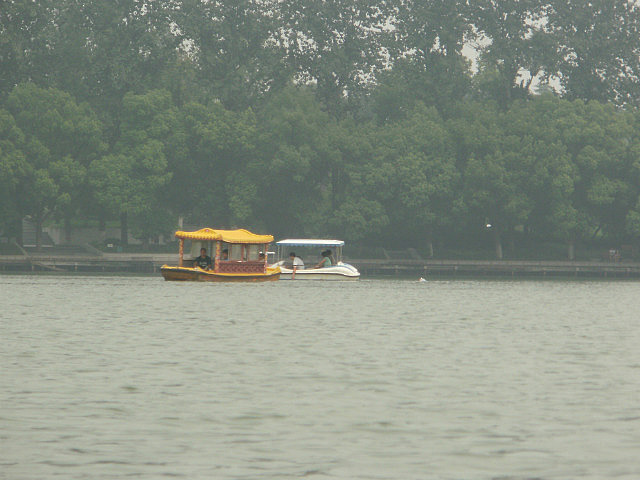 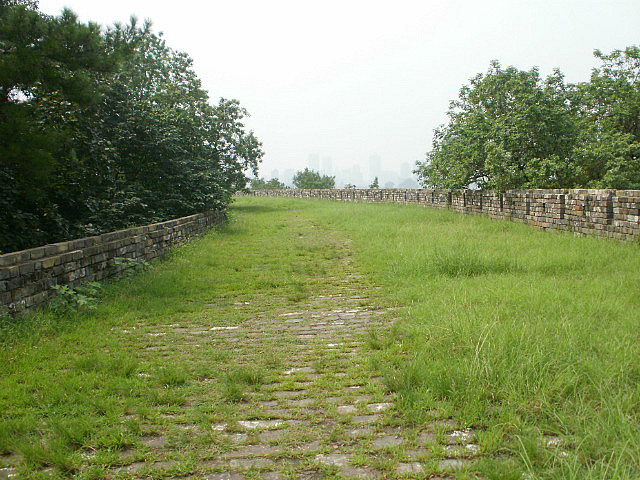 On top of City Wall 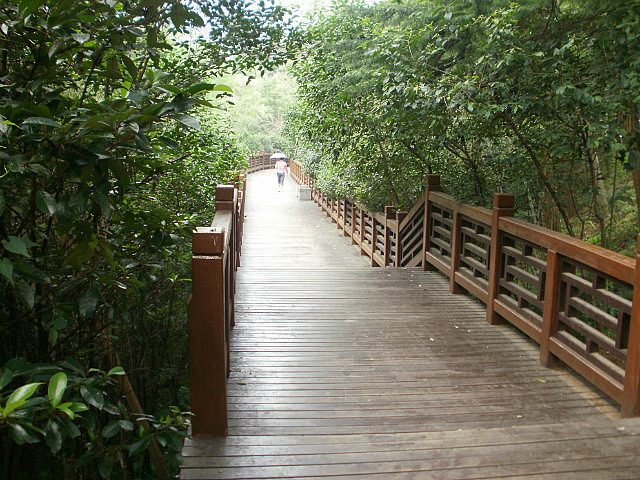 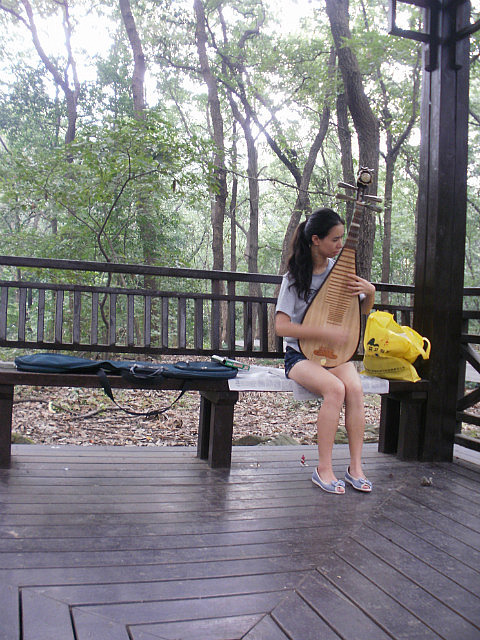 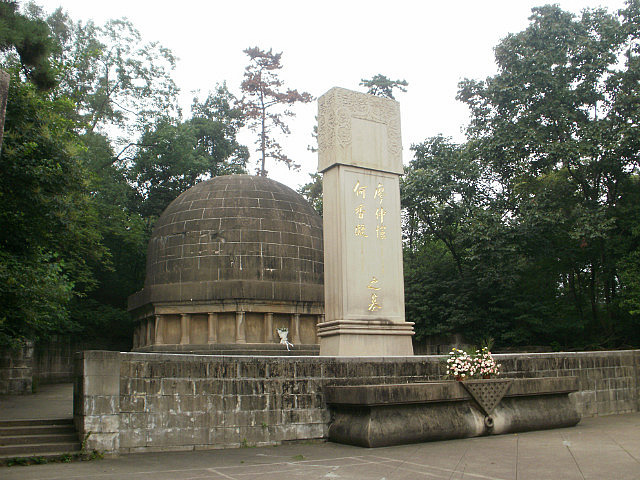 Some kind of memorial