I had done my research- online it said that the Perth Mint was open public holidays except for Christmas Day. My dad and I headed over to see them pour gold, to touch a solid gold bar, and to learn about the coins and medals they made. Unfortunately, the website was incorrect. The mint was closed for Boxing Day. Great. We headed down to the river to rent ("hire") our bikes as that was the next thing on the plan. We got them for 3 hours, but only used them for a little over 2. We made it pretty far along the river though. Overall, the city seemed pretty empty. After lunch, we headed to the train station to go over to Fremantle. On the way, we passed through the shopping district with all of the Boxing Day sales. Apparently that's where everybody in town was. In Fremantle, we saw the Maritime Museum. It was pretty good. There were actual boats and full-sized boat replicas hanging and on display all over. There were tons of hands-on activities, artifacts, and even a working lighthouse beacon. Afterwards, everybody met up for dinner at the market. Then, Mike, Shanaenae and I went on to Fremantle prison. The prison tour was fabulous. The tour guide had some volunteers act out what would happen when the prisoners first arrived and were searched. I got to flog my brother, what nice revenge! It was light just long enough for us to see some of the outside parts like the prison yard, but then the sun set and we wandered around the prison in the dark. We heard some ghost stories and stories of people who died there. There were even a bunch of actors playing prisoners who came out and talked to us. One actor attempted to "steal" Shananenae's purse and she recoiled right into my protection. It was pretty funny except that the "prisoner" actually did look pretty scary. Toward the end, we saw where they hung the prisoners who were sentenced to death. I highly recommend the torchlight (flashlight) tour to anybody who happens to be in Fremantle. 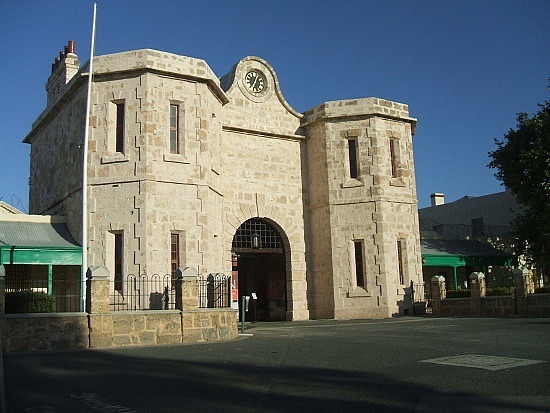 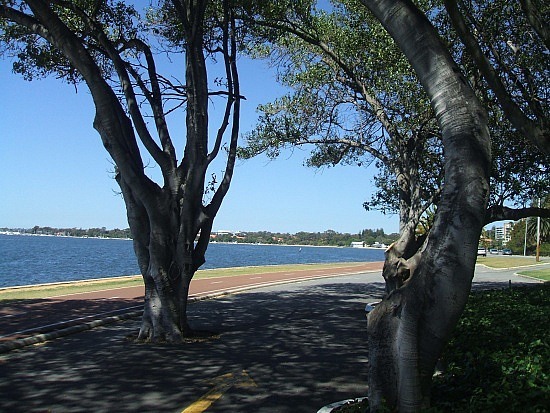 The river we biked