Sunday, we took the Sea Bridge (a ferry that takes cars) over to Nevis for the day. Even though the boat hadn't even arrived by the scheduled departure time (and hence departed very late), it was good we got there early as the boat filled up and I think there were a few cars that had to wait until the next one. When we got over to Nevis, we went hunting for food. Most of the restaurants in town seemed to be closed because it was Sunday, but we eventually found signs for a restaurant that sounded like it was at a hotel or something and would be open. We followed the signs down some side road, up some back road, on some neighborhood path that was more driveway than road, up the mountain, and finally to the Montpelier.

Montpelier is a hotel/restaurant on the site of what used to be a sugar mill. They have some very pretty gardens. As we were the only people eating there that day, we got the best table in the house and had a had a calm lunch overlooking their the foliage. Again, it was a “nice view” type of place with a calm ambiance made even calmer by the James Taylor and Jack Johnson playing softly in the background. Of course, as was our luck for the weekend, as soon as we were done, it started to rain. I drove back down the mountain very carefully in the downpour. We started our “touristing” in town at the Jewish Cemetery. Next to it is what may have been a synagogue at one point in time. Both are pretty abandoned. We went to a couple of the sights in town, but as it was a no-cruise-ship Sunday during off season, most everything was closed. We saw the outside of the Nevis museum. We saw the abandoned stalls of the craft market. We saw the pier where a ship would dock if there was one, but there really wasn't much in town to see.

We headed off around the island ring road. We stopped to see if we could find one of the Forts, but it required a hike through some woods and my parents weren't up to hiking to see the fort. (I miss you Jen!) Next, we stopped at the ruins of a church. This was one of the first churches built where blacks and whites could pray together. It was built by a slave owner who had a reputation for treating his slaves better than others treated their slaves, but he still owned slaves. He even brought in missionaries to educate them. Just outside the church is a nice display that explains the history of the building itself as well as the significance during the time that it was in use. Personally, I found it interesting, but if you're not into history or social activism you might not.

After the church, we went back to the main road to continue driving around it, but I was told that my passengers weren't that interested in stopping at places like that church or the fort, so I kept going. We got some nice views, but there really wasn't much that my parents wanted to see or do, so we went back to the Sea bridge port and took a nap until it arrived. I'm glad we got there early because it came and left a half hour ahead of schedule (or maybe 1 &frac12; hours behind schedule). My guess is that they were constantly running it because when we got back to St. Kitts, the line to get on the Sea Bridge was longer than it was in the morning. Probably, it was a lot of people who had come over for Music Fest and were going back.

Back on St. Kitts, we went for dinner at Ciao, because it was nearby. As usual, the food there was divine. This time, I got one of the specials which was some homemade spinach pasta, and was perfect. There is a reason I have a rule to always eat homemade pasta if a restaurant has it, and Ciao just reinforces the rule. When we were done with dinner, we went to the Marriott Royal Casino to play Bingo. The bingo was a bit larger than Mapau, but it was basically the same thing. We didn't win, but somebody else did win the bingo jackpot.

Monday, I took the day off of work to chill with my parents. My mom and I made soursop juice with the soursop we got at the Saturday market while my dad slept. Then, the plan was to do some snorkeling, but first they wanted to hit Port Zante. We started at the St. Kitts museum (previously reviewed here), which my parents seemed to really enjoy. They actually had one display that was new and I hadn't seen before, but had heard about from the intern who was putting it together. It was informative and fit in well with the rest of the museum. Next, we went to do some souvenir shopping. Note to visitors: all of the souvenir shops have the same stuff and similar prices. They are mostly owned by the same few people. When you ask for a size/color they don't have on the floor and they go to check, they are just running across the street to the next store to ask them. So, if the store you're in doesn't have it, the next store down won't either because the guy has already asked them and would have brought it back if they did.

When we got done with going through the stores once, we went for lunch at Circus Grill, because it was right there. The food was decent and there was a lot of it. It was nice to relax and just enjoy the breeze, even though we seemed to be doing a lot of that. Sometimes I take it for granted because I can do that every day, but I know that it was a nice treat for my parents who can't. Then, I went elsewhere as my parents went back through the Port Zante shops to get more stuff. I met back up with them and we went to more shops before calling it quits.

Purchases in the car, we headed over to Shipwreck for some afternoon snorkeling. It is really nice to be able to just walk into the water and snorkel right there whenever you want- no waiting for a boat. However, I have to admit that the reef looked pretty dead and was not one of the better places I've snorkeled or dove. Despite the sad-looking coral, there were a whole lot of fish out and about. We got to see a ton of urchins (if I was having a large dinner party and wanted to serve urchin, I could have picked up enough here to feed everybody and have leftovers), a few sea slugs, some cuttlefish, and a bunch of small fish that whose names I don't know because they look like generic fish, but with various patterns. I think my mom really liked the snorkeling because of all of the fish.

I got changed back at the Marriott where my parents were staying. I have to say, the Marriott is a nice place to be. The rooms are clean and fancy, with tons of pillows on the beds. The tub had water jets and was plenty big to have room to maneuver in the shower. They bathroom even had a bidet. I didn't feel like I was in St. Kitts. I felt like I was back in the states. I guess if that kind of luxury is what you want on a vacation, this is the place to stay.

After changing, we attempted to go to dinner at Jasmine's as the billboards had always intrigued me, but it appeared closed, so we went to Marshall's instead. Marshall's is a very fancy restaurant with a great view of the water and a nice, relaxed ambiance. The food was very fancy as well, although the flavors were subtle herby flavors and definitely not bold.

After a quick stop at my house for some free internet (you'd think an expensive place like the Marriott would give you free internet when you pay their high room prices, but apparently not), I said goodbye to my parents. 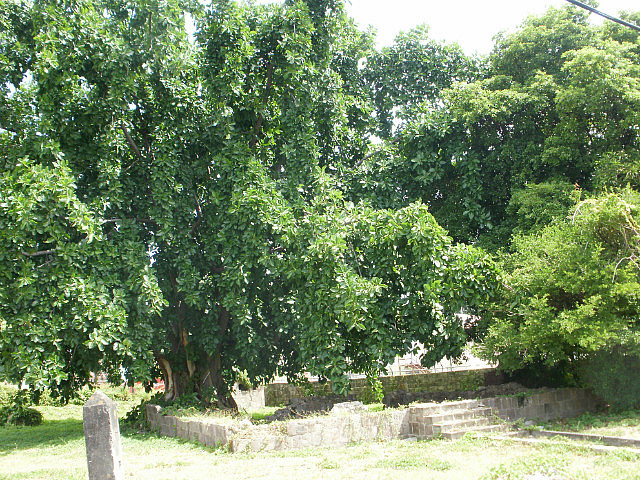 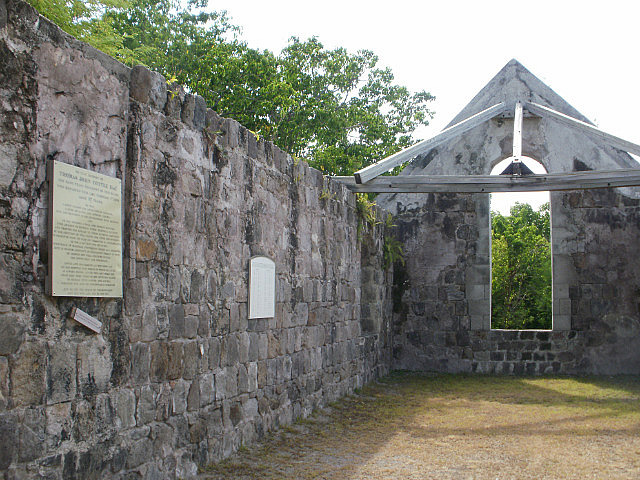 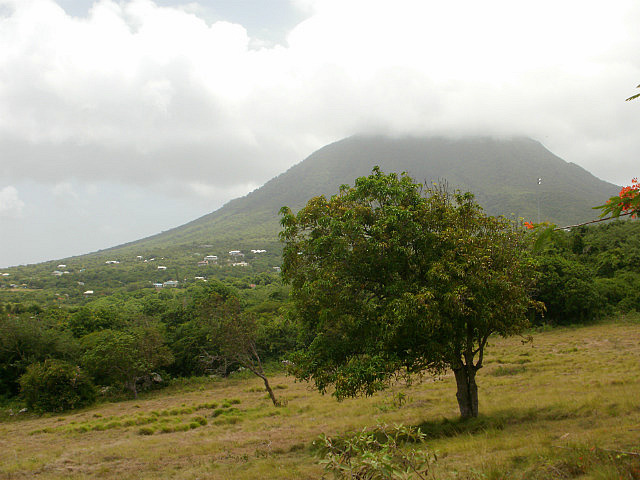 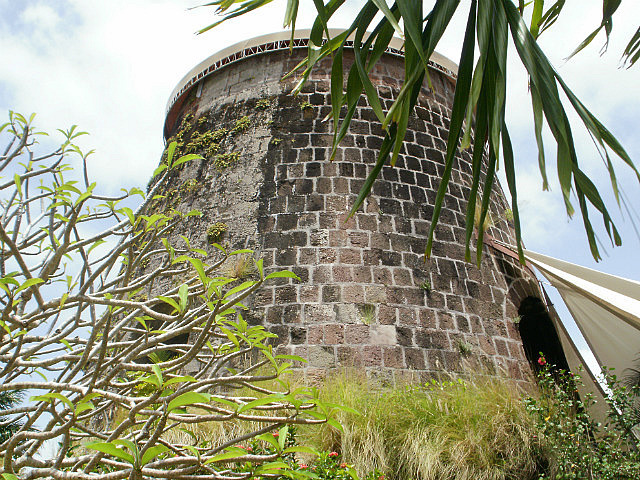 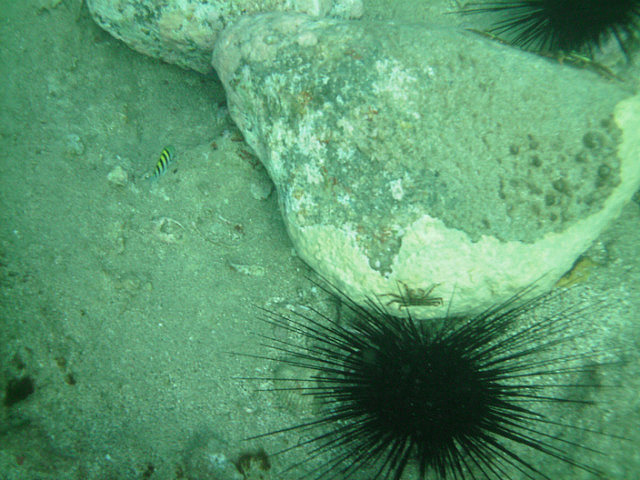 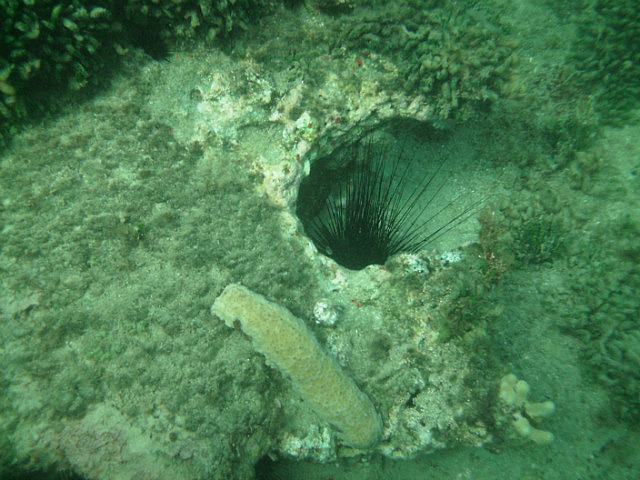