Today was May Day or Labor Day so I didn't have to work. Because there's a Labour party, they tend to try to politicize the holiday. They have a march and supporters wears red, the Labour party colors. I had been told by my Antiguan bookstore friends that the days isn't supposed to be about one party, but about the workers and that a lot of people would intentionally not wearing political colors to show that they support all workers, regardless of political party. So, I wore grey.

A lady from work invited me to come see the festivities with her though, and I gladly went. Of course, today had to be the day that my sunglasses broke. Nothing was open, not even Port Zante, which is ALWAYS open. Finally, we found a shop that wasn't quite open, but was open enough that they guy was willing to sell me new sunglasses. I say “wasn't really open” because they were open for drinks, just not stuff. My friend and I chilled there, playing beginners dominoes with some friends of hers and drinking sodas. We were having a good time with that, listening to the radio cover the march.

As the march came closer to us, we left the shop and watched the march. The “parade” consisted of a bunch of cheerleaders, some construction and farm vehicles pulling “floats” playing loud local music, and lots and lots of people marching in red. They had t-shirts saying everything from just the party name, to statements of how great the prime minister is. In the whole march I only saw one guy wearing yellow or carrying anything negative about the PM. Nobody was heckling him or treating him any different than anybody else. Later, there were a few signs on the side insulting the PM ("he belongs in prison," "he's a crook," etc). Oh, I did see the PM himself at the head of the parade. The march was a lot of fun, but not planned out so well. Some of the “floats” were too tall to go under the wires in certain places, and they had to lift them over with sticks or tear some of the non-essential wires down. They wandered around town a bit, and then headed back up to the school right by my apartment. By the time we got to the school, the rain had started. There weren't enough tents and other cover for everybody, and some people were just jammin in the rain. My friend and I went for cover though. Unfortunately, we ended up standing right on an ant home. In the US, we mostly don't have ants that bite, other than red fire ants. In St. Kitts, the regular black ants are ferocious. After a minute, my feet were stinging all over and I was desperately trying to get them off me. At least one of them got on my hand as well. Unfortunately, I have a bad reaction to the ant bites. They swell up so that I have a little lump under the skin, which is pretty gross. I didn't think about that, and we just moved to another shelter. Eventually though, I looked down and decided that it was probably best if I head home and pop some benadryl. I did my best to reduce the swelling, but that was it for me for the day. Between the ants and the regular feedings I give the mosquitoes here, I give up. 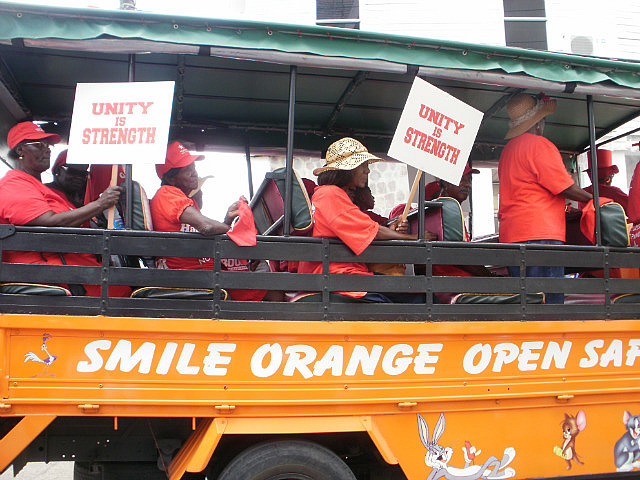 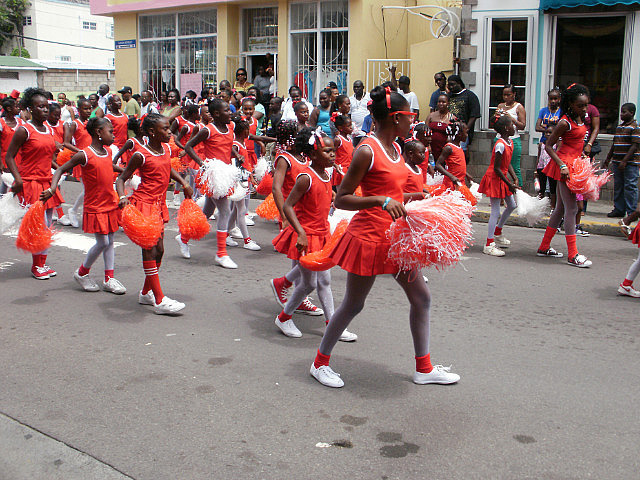 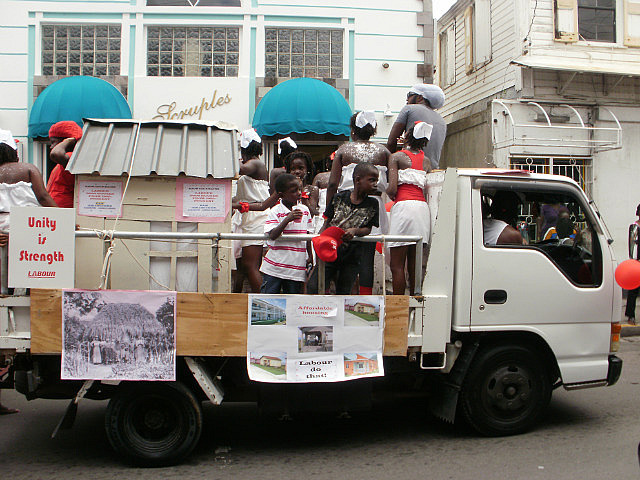 Using kids to make a point 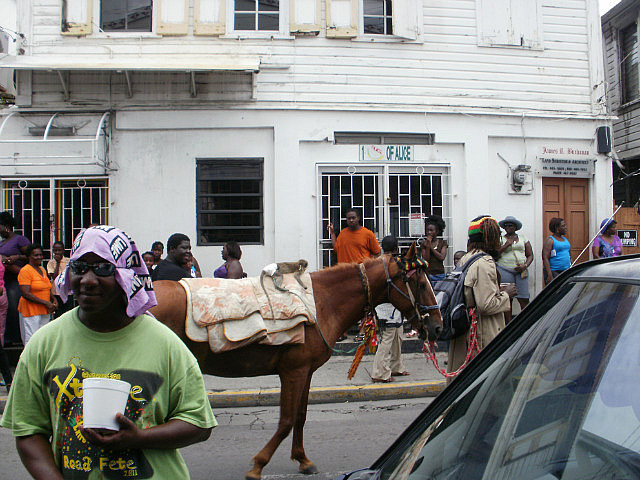 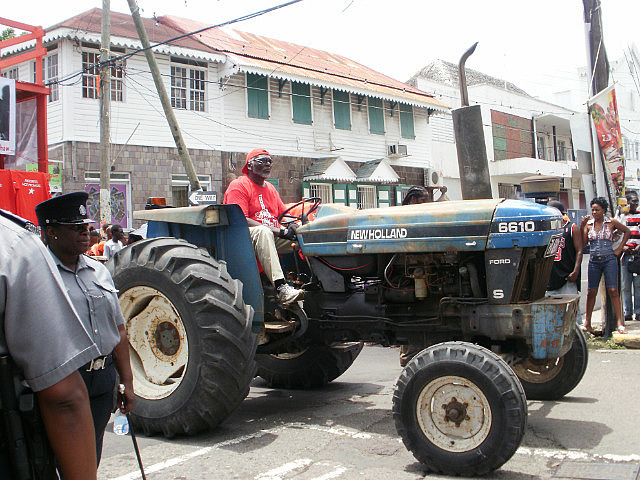