The week was usual. Saturday I went to water aerobics at Sugar Bay, which is getting to be my typical. Sunday though, I did some more exploring. In the morning, a couple of friends and I went down to the peninsula to kayak. The place at Reggea Beach that rented the kayaks wasn't open early, so we drove around the peninsula to other spots and took walks. Eventually, we wandered back to Reggae Beach. We played a short game of volleyball, and then rented some kayaks. The two guys I was with had never kayaked before, and weren't swimmers, so they took life jackets. We kayaked out to the end of Banana Bay. They caught on pretty quickly and it was a nice ride. However, on the way back, those lifejackets came in handy. My friends tipped their kayak. While it was quite humorous watching them try to both climb back in from the same side, it also meant that I had to paddle in the other direction, which was also the direction of the current. Ironically, the second time we hit the same spot, they tipped again and we were pushed back by the current again. Honestly, I didn't mind. I was getting good exercise, the waves were very calming, and I was enjoying myself. Plus, even though we kept the kayaks a few minutes over what we paid for, the guy was nice enough to not charge us more. After a nice lunch at the beach bar, we chilled and played some more volleyball until our stomaches settled. Then, it was jetski time! This time, we all had life jackets on, which was good, because it was my turn to take a spill. Actually, it was really fun- both the jetskiing and the falling off. I would totally do both again. Again, we returned to the volleyball court, but this time, we joined a bunch of other people. I think they were on their spring break or something, because a few of them were quite drunk. The game was really good until the drunken behavior got a bit out of hand. That was our sign to leave. 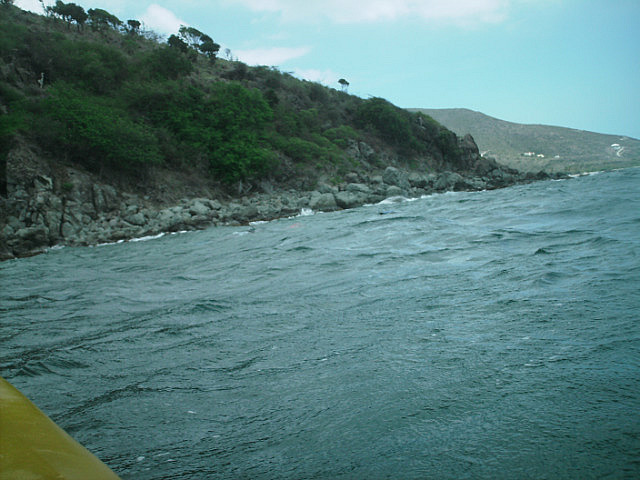 View from the kayak 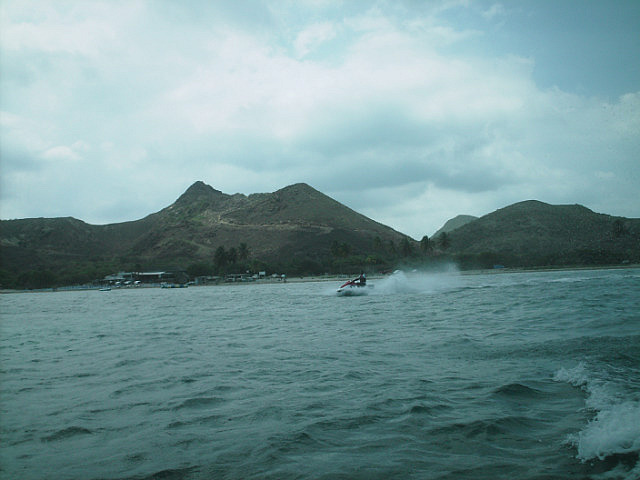