Topiary.
Almost at fun as shrubbery.
We went on a day trip to Ladew Gardens to see what was supposed to be an amazing topiary garden. We weren't impressed specifically with the topiaries. 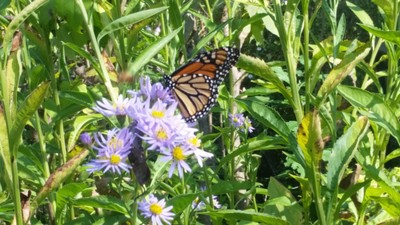 The gardens were ok in the sense that there were some flowers, lots and lots of butterflies, a bunch of quiet hidey-hole areas, and it was pretty. But there weren't so many or so many kinds of flowers that we were impressed by the flowers. There was no sense of quiet serenity as the gardeners were using some loud machines in various places that disturbed the silence. The topiaries were mostly boring geometric shapes. There were some swans, one display called "the hunt," a buddha, and a pirate ship that at least were somewhat interesting, but not so much more. There wasn't some amazing view. Really, the best part was all of the butterflies. Maybe in some other season it's better. 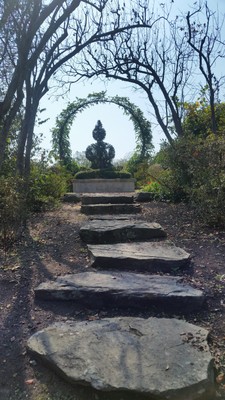 The people who run it are well-organized though. The map guided us right around to all of the different areas, which we all well-marked. The bathrooms were clean. The lady at the counter told us it would be about an hour to walk around the gardens, and that was pretty accurate.
What I liked better than the gardens though, was the house tour. It's also a bit disappointing in that the house isn't really that old, and the guy who lived there didn't die so long ago. The tour guide could have known him personally, for all I know. But, the guide was knowledgeable and did a good job explaining the family history, why he decorated the whole place in the theme of "the hunt," and how he used each of the rooms in the house.

Overall, I'd say it's way overpriced for an hour of walking around mediocre gardens and an hour-long house tour that doesn't feature anything super-significant. But, if you have free tickets or something, it would be worth a couple of hours to stop by and see. 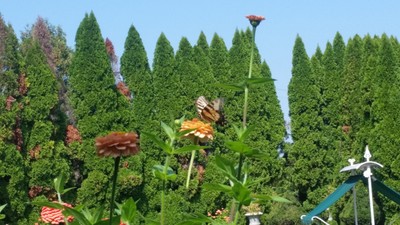 Posted by spsadventures 09:43 Archived in USA