Today was the date of the annual St. Kitts/Nevis swim. This year, they were swimming to Nevis, against the current, which is different (and harder than) previous years. A friend and I went to watch.

We started out on the St. Kitts peninsula, and arrived just in time to see people in the water for the race. There were some small boats that were taking spectators to Nevis, but by the time we reached them, they had all left. We spent a little time hanging out at Reggae Beach. There is a business there that rents kayaks, sailboats, and other similar craft, and the friend I was with knew the owner (as he knows all the expats on the island). I got to see her pet monkeys ride her pet goat like a person riding a horse. I also got to see the HUGE pig/boar animal she has there. This thing is probably 6 feet long and and fatter than any person I've ever seen, even on those tv shows. The pig-thing was just sleeping under some boats on a rack. It wasn't chained, penned, or otherwise limited as to where it could go, although I'm not sure what you'd use to pen something like that in anyway. We hung out a while, but then we left to make it to the “Sea Bridge” in time to cross and see the end of the race. The Sea Bridge consists of 2 boats that ferry back and forth between the St. Kitts peninsula and Nevis. They don't run them both at the same time, but there are 2 boats. The boats have room for about 15 cars each, and the cars were already lined up by the time we got there. It was hilarious watching them load the cars though. There was a drag race in Nevis that afternoon, and a bunch of the cars were trying to make the Sea Bridge. They were so low though, that they had issues going up the ramp onto the ferry. One of the ferry attendants was trying to manually lift the car (or at least the bumper) so that they cars would go on. Also, they were putting down planks to try to raise the car, but they were holding the planks in place with their feet. Every time they moved their feet out of the way, (just a moment before they would have been run over) the boards would shift. Plus, the racecars were designed to go forward and not backwards. They didn't really have a lot of power in that direction. Between the issues with the racecars and the fact that there were more cars in line that could fit, they spent a lot of time loading (and unloading, and reloading) all of the cars. Eventually, we were on our way. The ride itself is pretty short, and we were soon on the other side. The friend I was with seems to know everybody who lives in St. Kitts. He was able to get a ride for us from the Sea Bridge dock over to Oualie Beach, which is where the swimmers were arriving. We missed the first few, but were able to see plenty still coming in. After the race, there was a bit of a party going on. I got introduced to about half the people there as my friend knew them all. When things calmed down on Oualie beach, we rode one of the boats back to St. Kitts and grabbed lunch at Reggae beach. I've written before about “island time,” and Reggae Beach bar is no exception. In fact, they have t-shirt advertising Island Time as “slow down and rush.” We ate a leisurely lunch with some people I had been introduced to earlier, one of whom had completed the swim in the morning. The food was decent for a beach bar- not impressive, but not bad either. We must have been there for hours though, and I was definitely getting fidgety, as the whole “relaxing” thing isn't really my cup of tea. We then moved over to Spice Mill, where they had a Cuban bongo band (for lack of a better description) was playing. The music was generally nice, and the atmosphere was very chill.

After a while though, I really had to get back home to get stuff done. 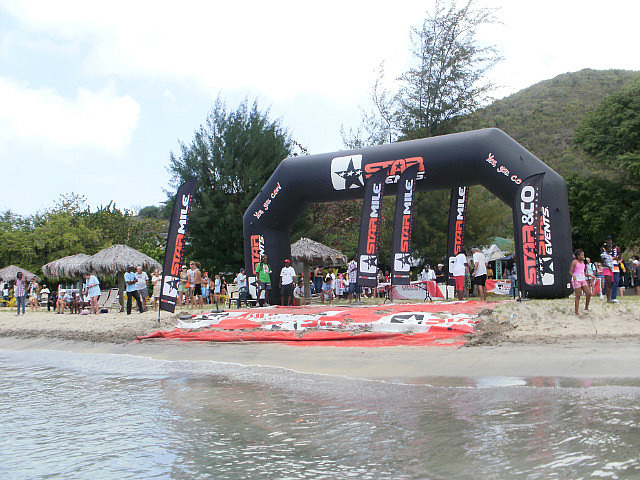 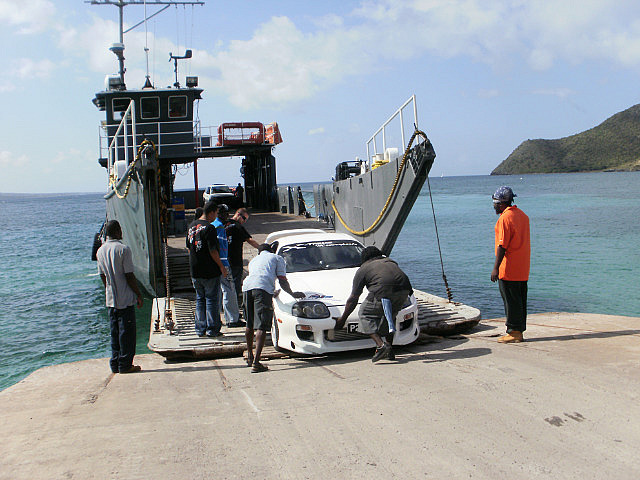 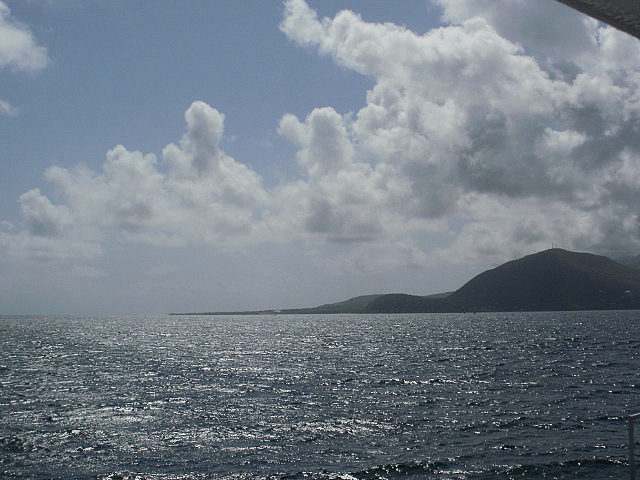