We slept well and awoke in the morning with no idea of what our plans were for today. Other than meeting some of the community and maybe getting to hike to Thompson's waterfall, we didn't know what the options even were.
After breakfast, we were invited to services, which we reached by bodaboda again. Services were pretty standard, and we were invited back to a nearby home for lunch afterwards. 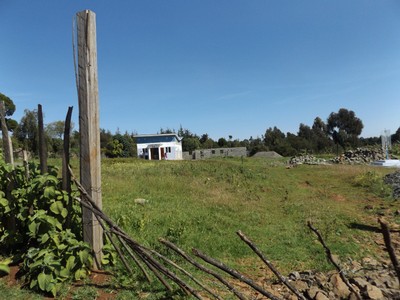 Personally, I was pleased to meet members of this community and see how they live and operate. I've been working with some of the leaders for several years now, and it warms my heart to see the advancement this community has been able to make. They went from a tent to a concrete structure that has an addition underway. At the home of one of the members, I noticed an overhead light. I remember them not having lights years ago and only being able to see the faces I skyped with by the reflected light of the computer screen. 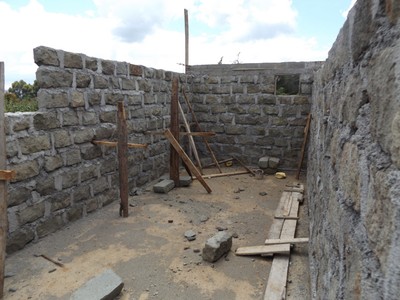 That being said, the home was still plenty rural and rustic. The yard contained chickens, goats, a cow, a dog, corn, and potatoes. The home was made of wood, with plastic flooring covering the walls, which were decorated with old calendars and other drawings. Flies abounded. 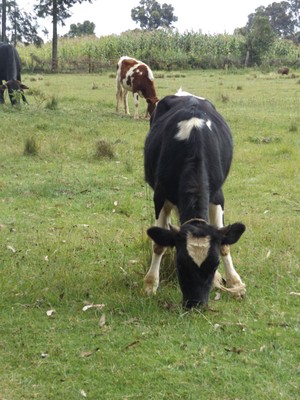 When we were done with lunch, we decided to walk back to the guest house in order to stretch our legs and get a good view of the nearby area. It's pretty much all small farmland plots. 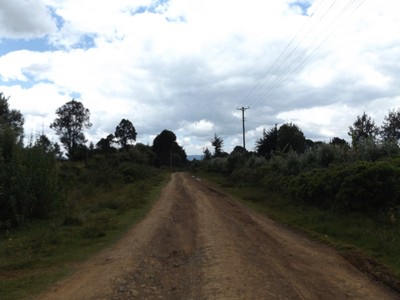 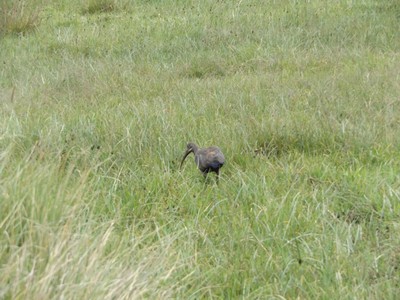 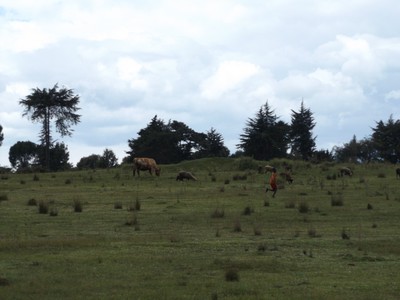 One had some party tents that had been erected in it. Crowds mulled about. Several individuals played music or sang. Apparently, this is a funeral.
One interesting item that I happened to notice is that a lot of the signs on the side of the roads have large xs through them. When I asked one of our hosts, he said that a lot of people put up illegal signs. They get crossed out to say they're not supposed to be there. But, you can see exactly what the sign says right through the light cross-out, so it doesn't seem very effective to me. 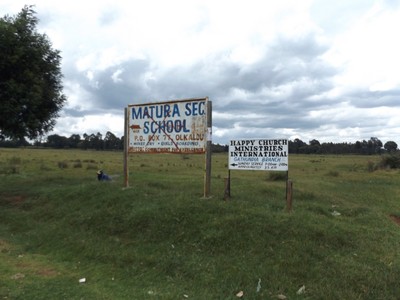 I also noticed that every school seemed to have its own motto. They generally said the same thing more or less, but each one found some way to present the motto differently. 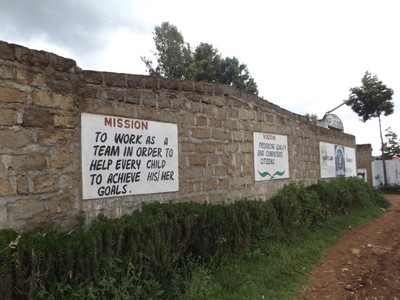 When we reached the town, we wandered through it a bit. There's not much to it, but there are a few streets of shops and homes. We saw lots of small produce stands that all seemed to sell the same fruits and veggies. I wonder how it's not worth somebody's while to consolidate instead of having such small stands competing with one another. We ended up buying the cheapest pineapple I ever bought- $1 for the whole thing, and it wasn't tiny. We also got a thorn melon for 20 cents and a bottle of fanta for 30 cents. The prices here are certainly good. 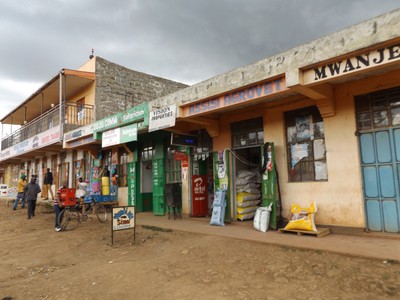 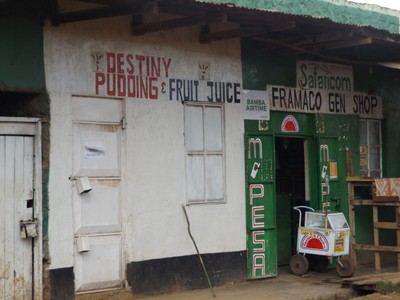 Everywhere seems to sell TopUps for cell phones, or at least has signs for it, even small beaten-down shops. 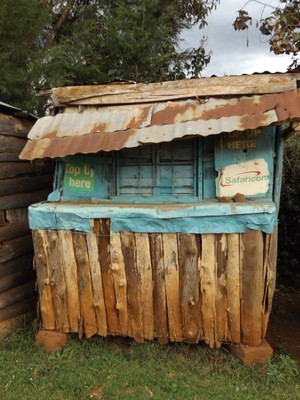 The town had one restaurant, but we didn't see a bakery or any sort of roadside fast food. It had several butcheries, often combined with a hotel.
After wandering a while, we headed back to the guest house to relax, and finally met our host. He had been delayed with work, but made it back in time for us to chat a bit before a late dinner.

Posted by spsadventures 09:09 Archived in Kenya