Punta Arenas is not Antarctica

It's so disappointing to wake up somewhere other than Antarctica.
But, at least we got to sleep in a bit.
We checked out of the hotel and went to find something to do in Punta Arenas. The town seems to be a jumping off point for trips- Antarctica, Patagonia, cargo. But it doesn't have much in town for tourists to do.
We started at the tourist-trap handicraft markets. One is located in a market building that also sells fresh seafood. So, you can buy your alpaca-fur-wool woven goods while inhaling a *wonderful* fishy aroma. 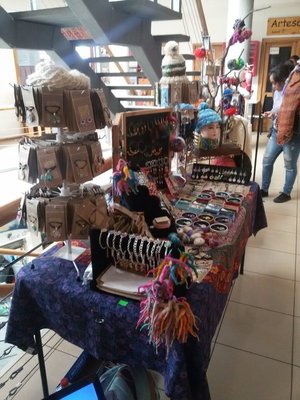 They actually sell lots of interesting items. Plenty of the stuff for sale was standard plastic souvenirs probably made in China, but a lot were actually nice things made in Chile. One vendor had homemade soaps. Another did wood artistry. Most had alpaca wool items. I love the sweater patterns they made!
From the handicraft center, we went on a walk through the town. We saw some signs that pointed to a viewpoint, so we headed that way, taking in the town on the way. I actually liked how wide and open the streets were. Some had nice long green park areas in the middle. We walked along one with a bunch of statues. Just like everywhere else in Chile, this town has real street art. I enjoy it. 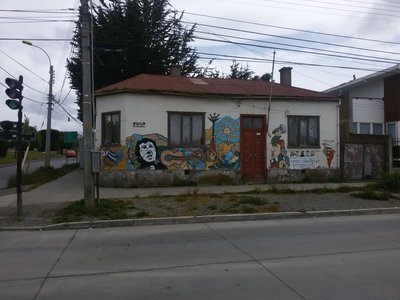 I also enjoy the cool-looking flowers here. My mom says that they're Lupines. 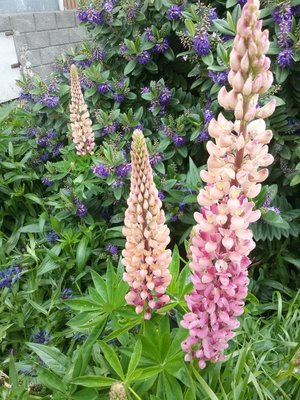 Eventually, we arrived at the viewpoint. Unsurprisingly, it had a nice view of the whole city and the ocean beyond. Well, as nice of a view as you can have. After the views we had yesterday, this was a bit of a letdown. Like many other areas, the fence here was full of locks, presumably left by couples who wanted to leave their mark. Most were regular-sized padlocks. But one was some sort of huge industrial lock. Maybe it's the kind used on large ships? 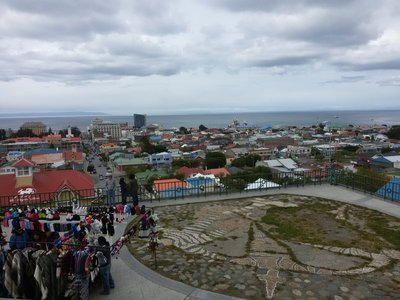 We continued walking the town until we saw an interesting "restaurant and emporium" for lunch. The food was ok. THe highlight for me was trying a local soda- Bilz. It basically tastes like sweet cough syrup with bubbles. I liked it.
And that was it. We went back to the hotel to get our stuff and get to the airport waaay too early. This time though, we had a high level of confidence that our flight would take off and land in the right place

Posted by spsadventures 11:52 Archived in Chile