This morning, we're supposed to leave the ship. Sad, I know. I got up and went to the lounge, and was amazed to see almost whiteout conditions. It was snowing! I knew that we had a confirmed flight time, so I was confused and maybe a bit excited that we might get some extra time out here. But within about 20 minutes, the snow stopped falling and visibility returned to the point we could see all of the surrounding mountains again.
We ate our last of the fabulous breakfasts on board, and headed back to the lounge, where everybody waited with all of their stuff. It was snowing again, and we were back in the whiteout. 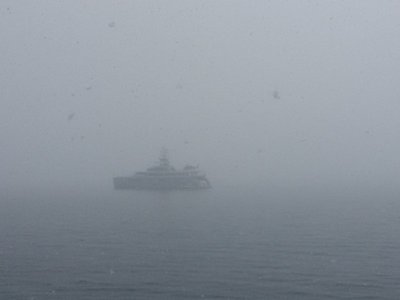 Some of us enjoyed playing in the snow. There was enough that somebody had built a snowman or snow penguin- it was a bit hard to tell. 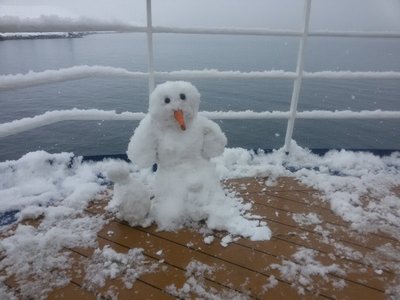 Several folks tossed snowballs at each other. A few people built up an arsenal to throw at the expedition staff as they brought their zodiaks around to gather the luggage. One of the staff pulled out her oar and was hitting the snowballs baseball-style with a very good hit rate. 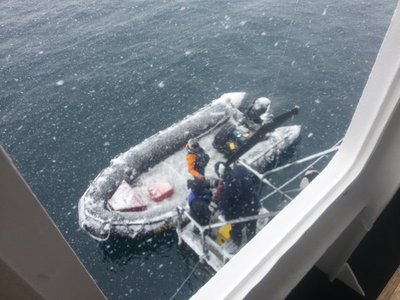 Eventually we got notice that both planes were off the ground in Punta Arenas. The folks who were coming to take our places on the ship and go on their own amazing adventure would arrive shortly and our fun would end. We geared up and climbed into the zodiaks one last time.
We reversed the journey through the Chilean base to the airfield, boarded the plane, and returned to civilization.

Because they plan for events like what we experienced trying to get to Antarctica, we have a night and another day in Punta Arenas.
We had dinner at a restaurant called The Beagle. The decorations there are insanely artistic. You definitely feel like you're on some sort of historic boat or site. The portions were huge and the food was good as well. I can recommend it. 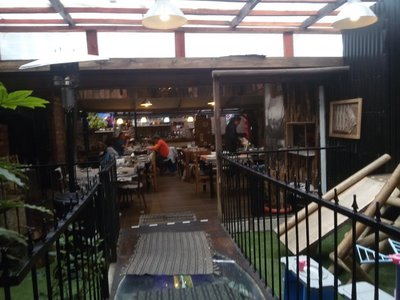 The rest of the evening, we spent getting resettled in and dealing with sorting our luggage back out.

Posted by spsadventures 02:11 Archived in Antarctica