The first thing to do on a Saturday is the Saturday market, I was told. Despite going to bed early, I was still not getting up with enough time to get there by 6, which is what was recommended. I did get there by 8 though, and it was still happening. The market is in Basseterre, relatively near to the ferry dock. There were people with outdoor stands as well as an enclosed, roofed area that had indoor stands. The enclosed area had plenty of extra tables that weren't being used. At both the indoor and outdoor stands, there were a ton of flies. It was a typical market. The various vendors had all sorts of fruits and vegetables, many of which are pretty standard everywhere- peppers, onions, garlic from China. Some people had fruits that were a little more obscure, like breadfruit, and the biggest papayas I've ever seen. The only new food I saw was this red fruit that looked like a little flower. When I asked the locals what to do with it, they said that you make a drink with it. I almost bought some, but I didn't really know how to pick the right ones and am not that big into drinks. I figured that I'd look it up, figure it out, and come back to find some later. [Turns out, it is called sorrel or Roselle, and it is a type of hibiscus.] In general, the produce didn't look like it was of great quality. I did get some nice, firm Asian eggplants, as well as some spring onions. For some reason, spring onions were all tied up in bunches with thyme. I didn't really need the thyme, but whatever. In my opinion, the prices I was being told were reasonable, but not great. So, I investigated a bit. I overheard a vendor telling a lady that ginger was 3 EC per pound, but she didn't know I heard. When I went to ask her how much it was, suddenly it was 6 EC per pound. Ok, I'm getting ripped off. But, I did find that everybody was ripping me off equally because they were very consistent in the 6 EC reply (except one lady who said it was 7). Either way, it was fun to walk around the market, seeing the vendors with their old-fashioned scales and corroded metal weights. It poured rain most of the rest of the morning, so I didn't get a lot of sightseeing in. I was a bit concerned about the run I had signed up to participate in, but by the time of the run, the weather had dried up quite a bit. I found the Hash House Harriers on facebook before the trip, and figured it would be nice to go for a run or walk with a group. This was one of the best decisions I made. The group itself was made up of a wide variety of people. Some families had kids, there were a bunch of students, locals, and some older ladies as well. Some of the group did the run, while others walked. I walked because it was my first time, and I had some great conversations with the people I was walking with. Everybody was so friendly and more than willing to take me under their wings and share their island experiences with me. In addition to the people being great, the location was great as well. We started at Garvey's Estate, a nice chunk of land by the shore with an old estate house on it that is being fixed up into some sort of accommodations. We walked a trail that went up a hill from there, and then back down. Because it was the Christmas run, it was followed not only by beverages (of the adult variety as well as sodas), but a “cookup” as well. The food was decent, but the company was better. I met a lot of interesting people, including one who had a good blog about things to do on the island if you're living there. I got to hear some interesting perspectives about St. Kitts as a whole. 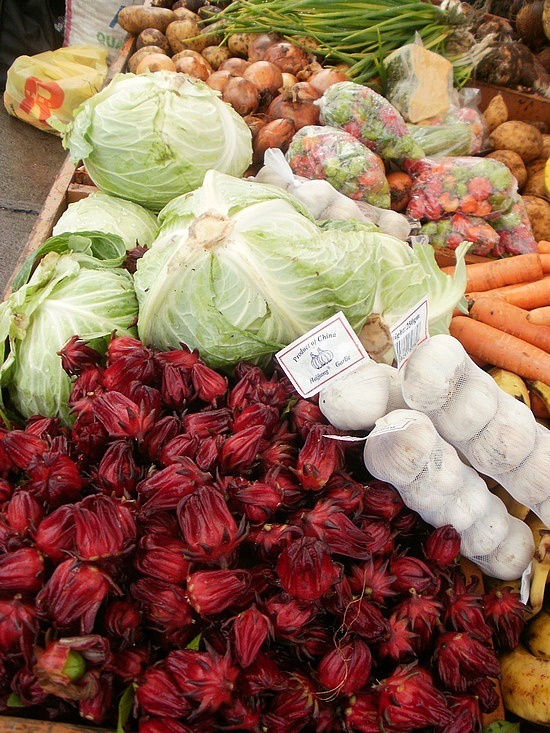 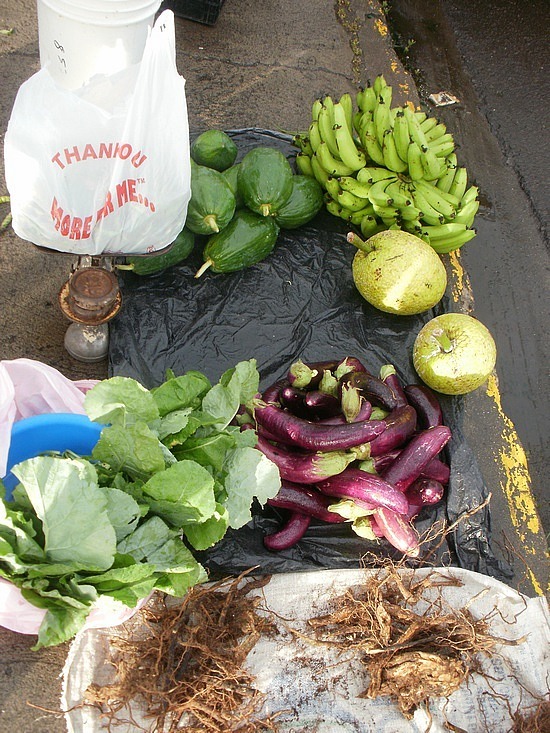