Technically, Achzivland is its own country. According to the guy who lives there. I heard about this "micro country" via a BBC article a while ago. I hadn't been there, so we went on a little day trip.

Nearby, there's a national park, Achziv Forest (and beach), so it's relatively easy to find the parking lot. Then, there's just a sign with a guy's name on it telling you how to get to the "country" proper. It's a few shekels to get in, but once you're in, you have access to all of the fun. 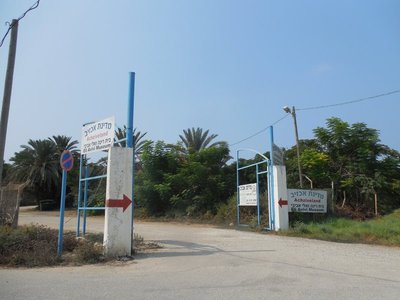 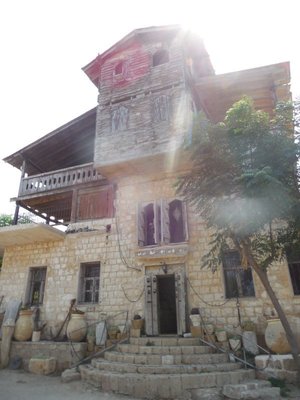 First, we were shown to the museum. There is a short video that explains some of the history of the "country." Basically, some guy decided he wanted to set up his own country there, so he did. There were some legal battles, but not really violence. Israel just sort of tolerates him at this point. 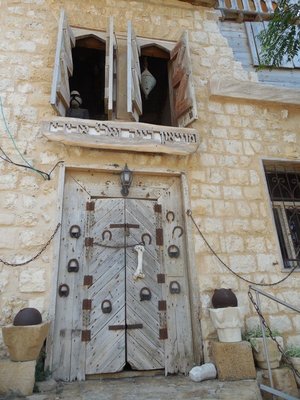 The museum is filled with artifacts that he has found over the years both at sea, and on land. Some are "modern" from Ottoman times, but others are pretty ancient Roman artifacts. His collection is probably worth a fortune, and it's all in a pretty accessible museum. It's just kind of sitting around, with a few pieces behind glass. The whole thing is in an old building with amazing tile work. It's a bit eclectic, but also fairly impressive. 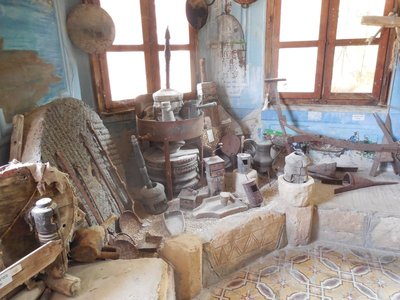 Next, we were told that we are entitled to use the beach. We weren't really in the mood for beach, but we did take a brief walk out to see it. We could see that the nearby national park beach was jam-packed, but the Achzivland beach was pretty empty. If we wanted to sunbathe, this would have been a better choice. 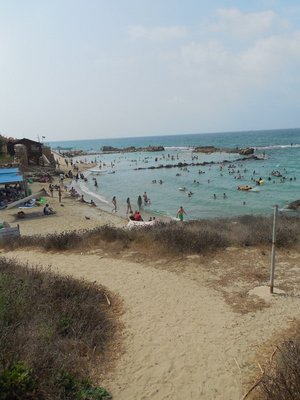 From there, we ended up heading toward Ein Kamonim. Ein Kamonim is known for their goats and goat cheese. It's not cheap, but they have an all-you-can-eat cheese lunch that is delicious! It comes with a large variety of locally-made cheeses and a bunch of salads. The cheeses are bland enough that most people would like most of them, but not so bland that those of us who like exciting cheese are bored. (There's no stinky-feet cheeses though, you have to go to Barkanit by Afula for that.) 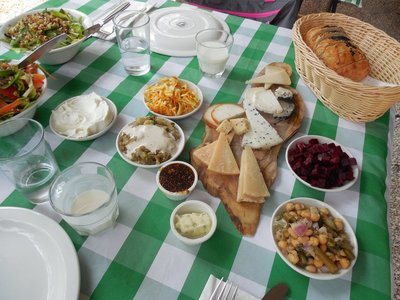 Lastly, we attempted to find a "Statue of Liberty" we had heard about in Araba. We were unsuccessful, but we did get quite the tour of the town. Maybe another time I'll actually make it.

Posted by spsadventures 11:14 Archived in Israel