On Fridays, the plant closes early. I once heard that it was so people could go cash their paychecks before the bank closes, but I don't know if that still applies in this modern age of direct deposit and 24 hours ATMs. One thing that I did notice was that the leaders were walking around, handing out the envelopes instead of having them sent home in the mail. I guess it saves money and people get their stuff sooner- pretty smart. Because the plant closed early, I made it out with some daylight left. I headed up to Caribelle Batik at Romney manor. The manor itself is down a long, one-lane, dirt road that you would not even think was a road if it weren't for the big “Caribelle Batik” sign. The manor is up on a hill, so as you are driving to it, you are amidst the tops of the trees that are growing on the part of the hill lower than you are. The views from the road and from the manor are beautiful. At the actual manor, there is a lookout platform where you can see right over the tops of the trees and out to the sea. In addition to the views from the manor, the view of the manor are gorgeous. The manor is well kept up. The house is painted in bright colors and is surrounded by some well-manicured lawns and gardens. Because there were no cruise ship tours going on, the solitude and beauty of the gardens was extremely calming. However, the area is small enough that I have no idea how they fit busses of tourists in there. Because there were no cruise ship tours going on, I didn't get the full demonstration that they usually give of how the batiks are made. I think that a detailed demonstration would have really added to the experience. However, they did have some examples on the walls of batiks in various stages, so you can get a good idea of the process, even without the tour. There was a lady working on one while I was there, so I got to see some of the process, just not all of it. The batiks themselves are gorgeous! I got most of my souvenirs for people there. While the prices reflected the artistry and hand-made nature of the items, I felt that it was worth it. The items I bought were mostly useful- bags, eyeglass cases- and were beautiful representations of something truly Kittitian that you just won't get anywhere else. On my way back from Caribelle Batik, I finally caught Kalabash while it was open. Kalabash is in Basseterre on the main road that runs across town, so it's relatively easy to find. I think that Kalabash might be one of my new favorite restaurants.

At first glance, it appears to be a bit of a hole-in-the wall, but upon entering, ok, it's a hole-in-the wall. However, it is a very inspiring hole-in-the-wall. The walls are decorated with National Geographic and other posters depicting history, news, and politics. There are bumper stickers and pictures, all of which say something about the Rasta way of life. I can say that I learned something new from the walls of a restaurant for the first time. Even the place mats contained detailed articles on how to eat healthily. The pride of the owners shone through in the d&eacute;cor.

There's more to the restaurant than the pride on the walls though. This was the first place in St. Kitts where I was able to obtain something I hadn't tasted before. I had a soursop drink! Soursop isn't really in season, but it seems like the owner makes juices (soursop and other fruits as well) and then freezes them for later. I apparently got the last soursop, but I'm glad I did. I like soursop. It is a bit sour, but also sweet. It tastes a bit like a mixture of other fruits. In addition to the truly local beverage, I got some sort of peanut-sauced vegetable dish that I was pretty happy with. I would definitely recommend Kalabash to anybody visiting. After that win, I was pretty satisfied with my day. I went to bed pleased with my discoveries, and ok that it was early, because I had plans to get up early the next day. 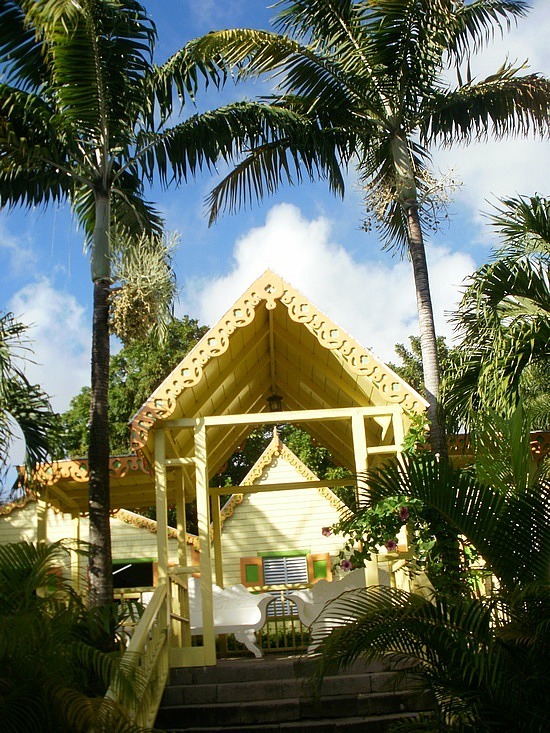 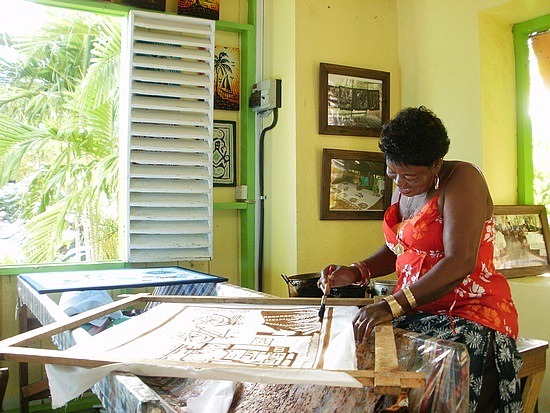 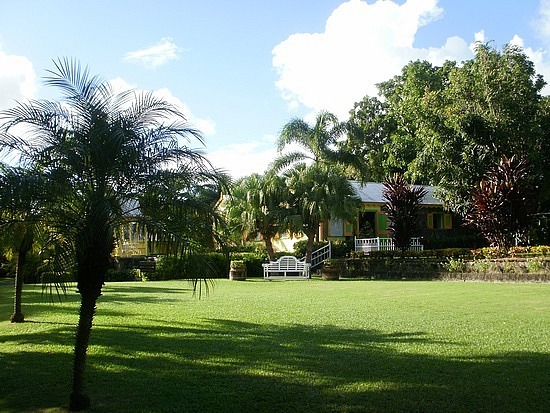 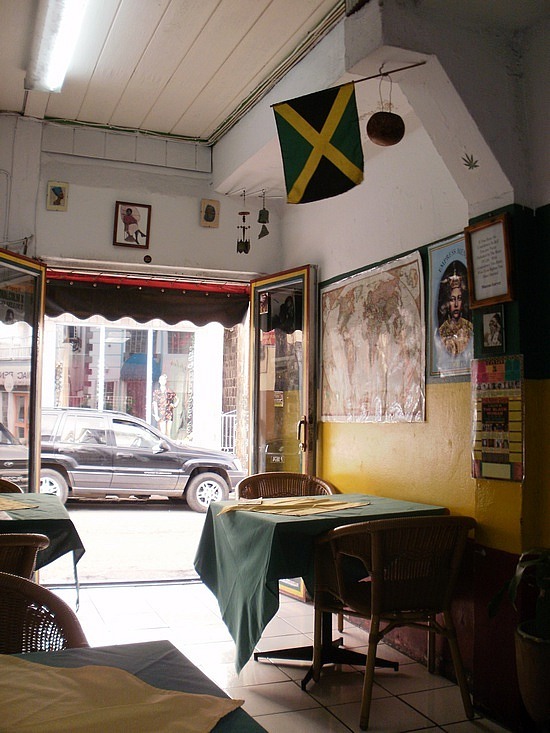