Today is my last work day here. The weather is beautiful, so I went for a run this morning. Due to the rain and the midnight meetings, this is only the third time I've been able to take a morning run.

Today, I ran through some neighborhoods in the direction of the river. The apartment buidlings are tall, but the wide streets allow the sun to bathe the trees in light. The area I ran had dozens of tiny parks or green areas where you could almost feel as if you weren't in a big city. Seoul is very good for greenery- I even noticed several rooftop gardens last night.

I headed to work as usual. Lunch surprised me a bit. I had to get it from a bakery again. I thought I was getting something savory- one clearly had cheddar and corn on it and another had garlic, chives, and cheese. But both were filled with sweet cream (or maybe cream cheese?) making them totally unexpected.

After work, I took a brief detour back to the great bagel place, and then got off the train at Bongeunsa. This station is named for the temple nearby, which is what I came to see. 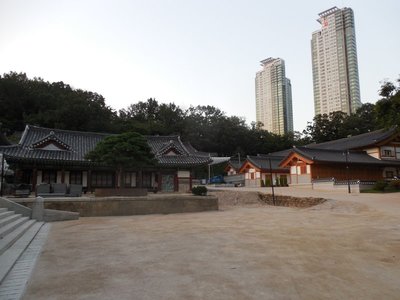 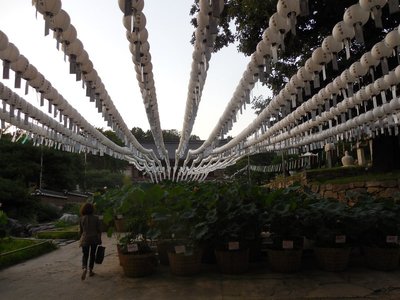 The temple architecture was very similar to all of the palaces I had been to, but these buildings were actively in use. That completely changes everything. The temple was much more majestic and alive than the dusty palaces. It brimmed with music and spirit. Thousands of prayer lanterns swayed in the breeze. Hundreds of lotus plants reached for the sun in large planters. Even the simple things were more here. The altars weren't just roped off displays, like at the palaces, they were inviting you to come in and sit on a plush cushion and admire them. 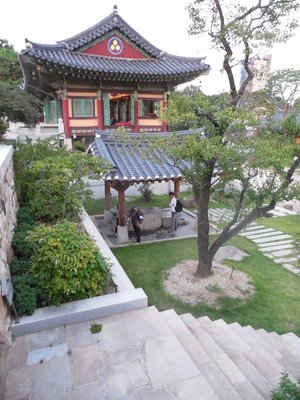 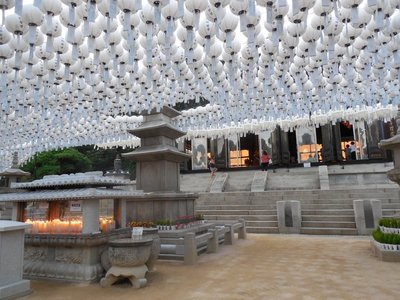 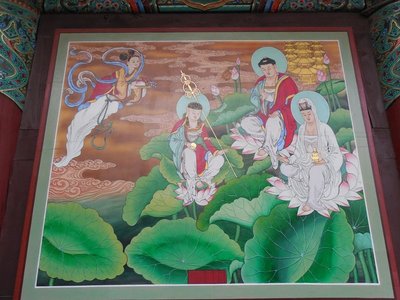 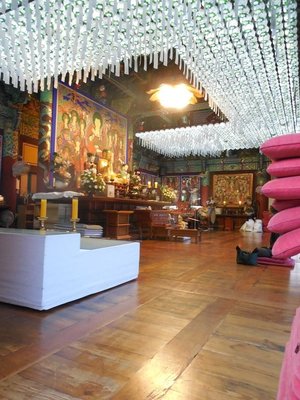 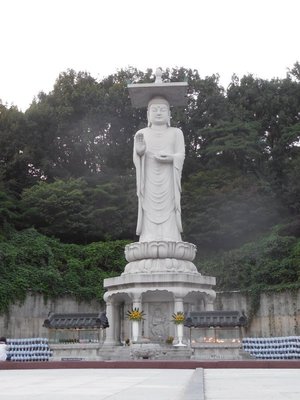 From the temple, I checked out the nearest grocery store to stock up on kimchi and other goods to take home. The prices here were so much better than at the fancy mall, and I picked up enough food that we will be eating Korean for quite some time after I get home.