It was much easier to leave Israel to go on vacation than it would have been to go home. I flew through Amman to Vienna. It still cracks me up that I get to go through special "lady security" in Amman.

Upon arrival in Vienna, I took the bus to the metro station and the metro to the hotel. I was staying at Elisabeth Guesthouse, which was easy to get to from the metro stop. It is an old row home that somebody has converted into a cute hostel with character. Unfortunately, they took my credit card to book it, but wanted cash payment up front for me to stay there, so I had to make a trip to the ATM around the corner as I wasn't quite prepared for that. Once we got that squared away though, I got settled in my room. My room was a bit much for one person for 2 nights, but it was less expensive than anything else that was rated decently online and had availability. That was my fault. When I booked the trip, there were tons of places open in Vienna, but since I waited until a couple days before going to Vienna to book a place to stay and this was a special weekend, there wasn't much with availability.

Next, I headed downtown to Stephansplatz and walked around from there. The area right by Stephansplatz is mostly the ritzy shopping area. There are a lot of boutique stores that appear to be name-brand, although I didn't really recognize most of the names. As it was almost 4, I bypassed them and stopped for lunch at Gasthaus Reinthaler, a Viennese restaurant that was recommended to me by the lady at the tourist center. Lunch was a bit interesting- salad (shredded lettuce with some sort of vinegar poured over it) and some sort of omelet with dumplings in it. There was actually a very nice contrast between the light, tangy salad and the heavy, dull egg dish. Overall, it worked together very nicely. Again, I walked around the main part of the city, just exploring and getting my bearings. Most sites were going to be closed soon, if they weren't already, and I was trying to save the museums for tomorrow anyway. I did, however, want to get in a Viennese music event tonight as this was probably my only chance. Fortunately, there are tons of guys dressed up in Mozart-era costumes all around town, trying to sell "discount" tickets to shows. Since there were no tickets left to anything "real" except a very expensive ballet that I'd have to get dressed up for (oh yeah, and I don't really like ballet), I went with the touristy concert. Again, I walked around, just admiring the very cool architecture. Most of the buildings in that area were pretty ornately decorated, probably a result of the Hapsburg empire's funding. They were very fun to look at. Since I didn't think I'd make it through the concert without dinner, but I just had lunch, I decided to get a light dessert dinner from Hotel Sacher. Hotel Sacher is where the original Sacher Torte was invented. They supposedly have the same recipe as the original still, and will still serve it today. The cake itself was very good- the perfect amount of moist, fabulous ganache icing, and just the right amount of tart and sweet coming from the thin fruity layer. I got a hot chocolate to go with it, but that wasn't particularly exciting. The chocolate was bland and the excessive whipped cream wasn't sugared, so it didn't really add anything.

Finally, I went to the concert, which was in the Palffy Palace. The room the concert took place in was a room that Mozart himself gave a concert in (at least once) when he was alive. I'm not really that big into a lot of classical music, but it was very cool to hear people play Mozart in-situ. The performers looked mostly to be students, although a couple of them were older, so I don't know how good they actually were, but they seemed fine to me. For the first half, they were dressed in period costumes, which made the experience even better and more interesting. For some songs, the instrument players were joined by an opera singer, and for others some ballerinas came out to perform. I was very amused. Then, they changed into modern clothes at the intermission. I think that took away most of the charm. The second half was definitely worse because of that. Good thing I got my money's worth in the first half.

Finally, I came back to the hostel for some rest. I have plans to get up early tomorrow. 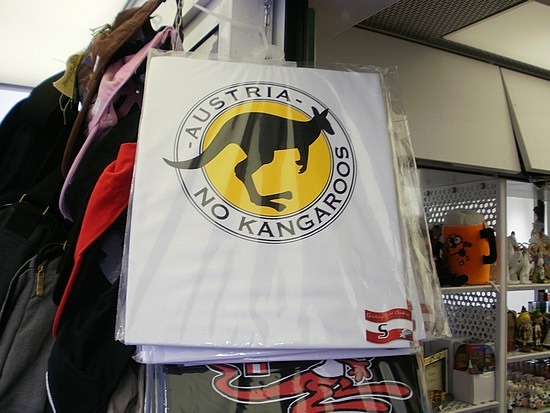 No kangaroos in Austria 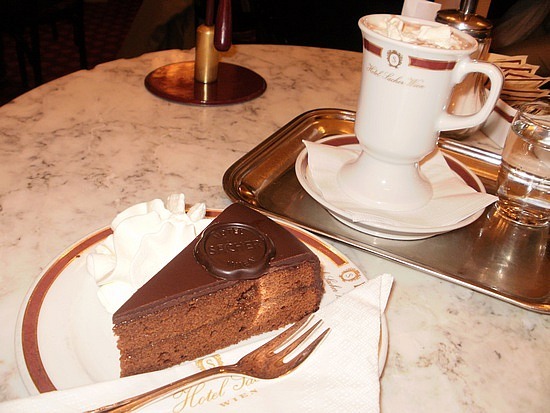 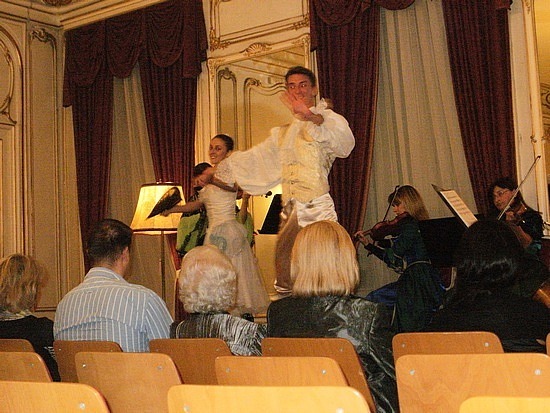 Posted by spsadventures 16:00 Archived in Austria