The second week of working on the base was much of the same as the first week. Each morning we got up for breakfast, worked until lunch, had lunch, worked until dinner, had dinner, and then participated in an evening activity. Some days I ran in the morning, some days I didn't. A couple of the days the food was a bit nicer because there was some sort of inspection going on, the rest of the days it was exactly the same as the first week. The food was more tolerable though because many of us had bought peanut butter, hot sauce, spices, or other items while we were gone on the weekend and we were able to use those items in order to add some variety to the food.

In general, I was either labeling bags of stuff or working in the kit bag room with Anastasia. It turns out that she does have a crew of soldiers working with her, and they're pretty good too, we just hadn't met them first week. There was one day that I got to paint some of the tanks, which was cool. One afternoon, Janice and I were sent to all of the various truck warehouses to climb up on each truck, count the number of kit bags on it, and record it. For many of the trucks, this was relatively easy. However, some were quite difficult to climb up into as there weren't many good footholds. For two of the trucks, the footholds that existed were covered by something else and I basically had to throw Janice up into the truck. It was pretty hilarious.

We had a lot of interesting evening activities this week as well. One of them was designed to teach us some Hebrew. One of the mini-games during this activity involved labeling our teammates with stickers containing the Hebrew words for various body parts. Another involved having one of the group members mock-ask one of the soldiers for a date, which was absolutely hilarious. A different evening activity got us all discussing and debating the various facets of the army's policies.

All in all, I think that this week went more smoothly than the last week. I had a lot more energy because I was getting up early to run. The food was better because we were prepared. I had work to do each of the sessions, although it sometimes meant making sure I was in the right place. The group got along fabulously (not that it didn't the first week). Overall, I was pretty pleased with how the week went. 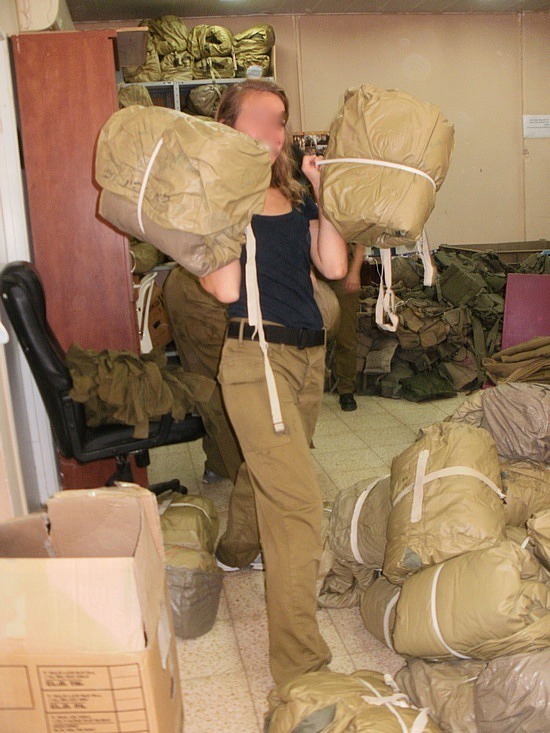 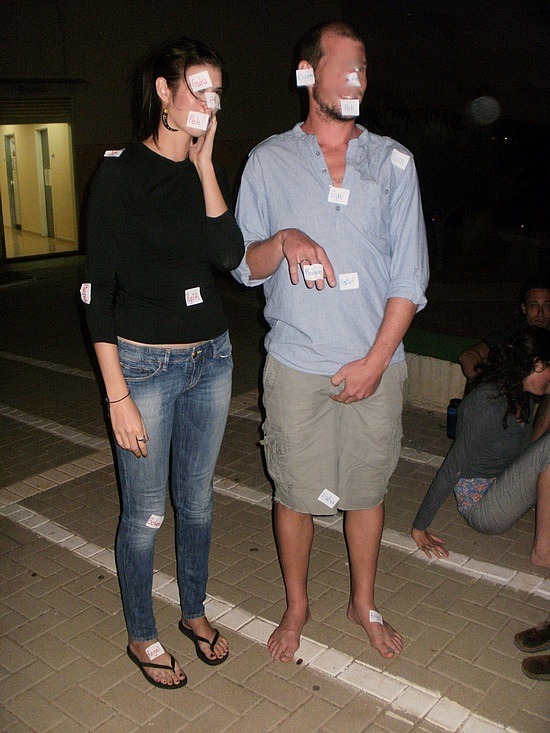 Labeled with body parts in Hebrew