In Israel, Thursday is the end of the working week instead of Friday. We worked a half day, grabbed lunch, packed our things for the weekend, and went to the Karmiel bus stop. From there, we all caught public buses and/or trains to wherever we were spending the weekend, which for me was with cousins in Herzliya. Even though I had seen it on the way up, the view was stunning on the way back as well.

One big difference between the US and Israel is that in Israel, all shopping centers have guards checking your bags as you enter. The Haifa train station was in the shopping mall, so I got checked twice before getting on the train. Another interesting thing to note is that when you get on a bus or train, you get a ticket that you usually don't need any more. However, there are occasionally inspectors that come around to make sure that the bus driver charged people the correct amount and that people have the correct train ticket. Most of the time, nobody gets checked. For whatever reason, I got checked on each one of my transfers on the way back today. Good thing I don't throw that stuff out right away. There are tons of people on the way back, but for some reason, I ended up talking to a soldier who has a girlfriend at University of Miami. We made the U together for her and my brother. Very cute.

When I got to Herzliya, I spent the evening just hanging out with the cousins and watching Master Chef. Even in Israel, I'm finding the food TV! After a week of working, it was nice to just relax. 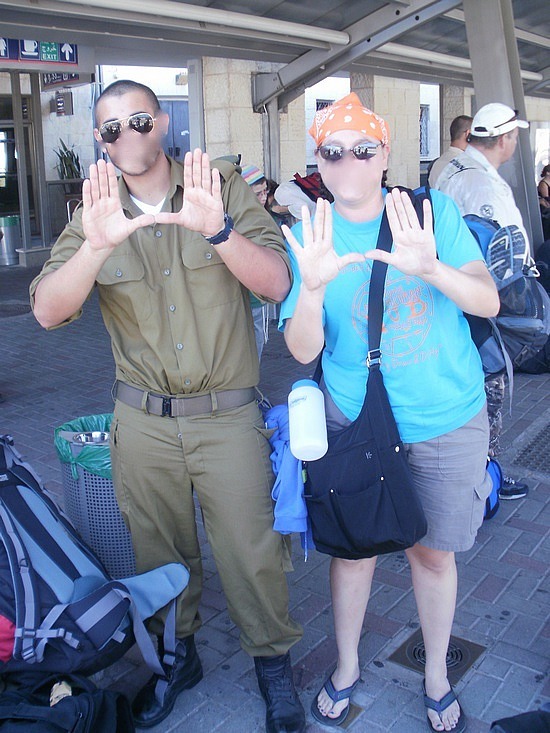 Making the U with a soldier 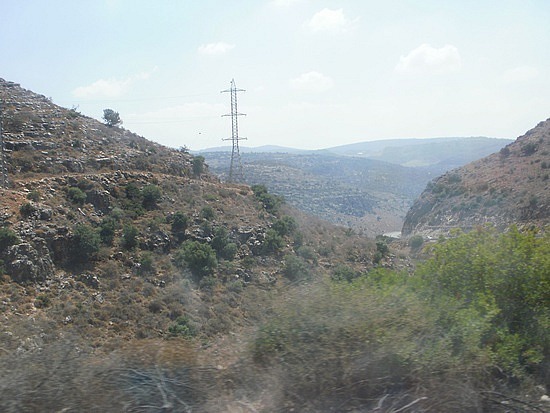 The view on the way back