Again, the food was the same as the days before and so was the routine. However, the Madrichot had spoken with some people on the base and made sure that we had more work and weren't sitting around as much. Also, I think the people in charge began to get a better feel for what we were capable of. In the morning, I was in a group that was rebagging and retagging some supplies. In the afternoon, I met my new favorite soldier. On the base, there is a clothing supply room where a girl, Anastasia, seems to work alone, putting sets of clothing and gear together in bags. In the morning, she has a crew of Russian old folks who come in and help her fold and package items. (When we met the Russians and they found out that some of us were from the US, they turned on the faucet, spashed some water, and said "Katrina, Katrina!" I'm glad they have a great impression of the US.) In the afternoon, she usually is able to do about 20 bags by herself. We did 100. She was extremely pleasant, working along side us, and even thanking us with a hug when we were done. The other soldiers said she was crazy, but my guess is that they think so because she works hard. Also, we found out later that she was married at 16, which makes her exempt from the draft. Yet, she chose to volunteer. Again, for the base that we were on, this made her quite unique.

That evening's activity was a surprise outing to Sfat. Sfat is one of the Jewish holy cities as it is where a lot of the Kabbalists lived and where many of the books that "govern" Judaism were written. We were there to visit a tour center and then take a tour of some of the famous synagogues in the city. The evening began with some song singing. Some guy with a guitar was leading the crowd (us and officers from the base) in various songs. Andy was very moved by the singing. He was singing along, stomping his feet, shouting "hey!" I was quite amused by how excited he was. After the singing, a tour guide gave a talk (mostly in Hebrew) on some of the meaning behind Sfat. He then guided us around the city, taking us outside the Ashkenazi Ari synagogue, a Polish synagogue, and the synagogue/house where the Shulchan Aruch was written. Because it was so late, none of them were open, so we didn't even get to see inside, but we did get to hear stories about each of them. He also gave us a bit of a motivational speech, and then we were on our way back to the base. 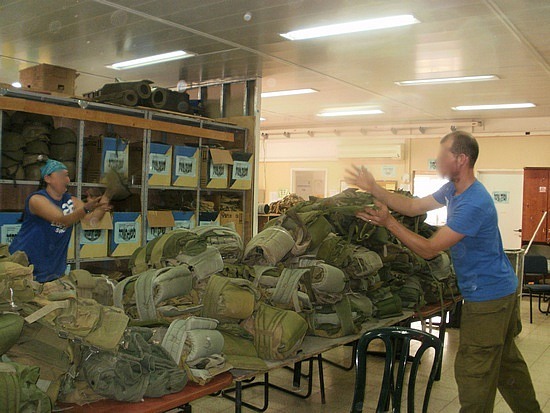 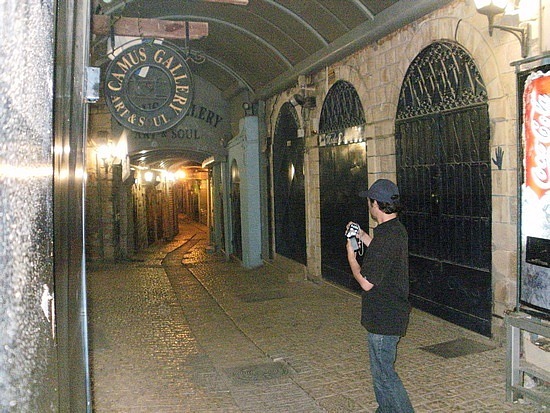 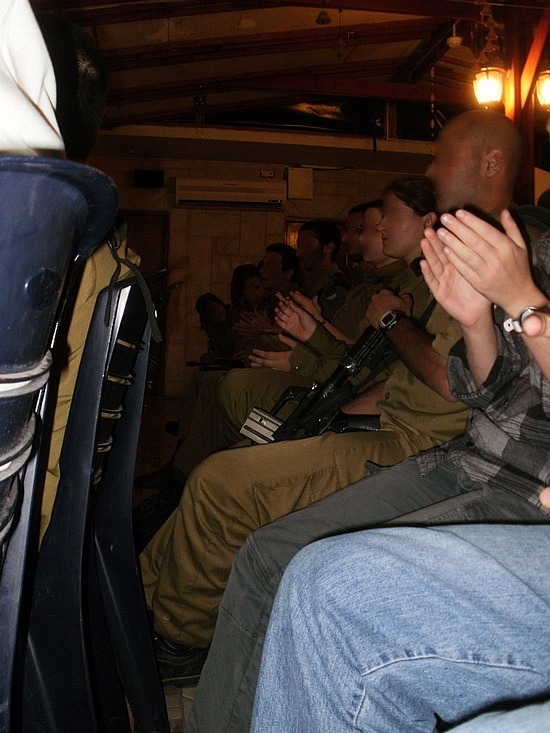 Clapping along to music