Today, I started my program, Sar-El. I woke up early in order to be at the airport at the meeting time, and was actually a little early. As the program director was checking everybody in, I met some people and took a nap on the airport chairs. In all, there were quite a few people from all over the world who were going to go to many different bases. The idea behind Sar-El is that volunteers from other countries can come and support Israel by doing non-comabt, civilian work on army bases. For my base, we had a group of 12 volunteers, several of whom were somewhere in the aliyah process, several of whom weren't Jewish, and several of whom had done the program before. My group was mostly young people, but one of the other groups had folks in their 80s(!) who had come to volunteer. After everybody was checked in, we shared a Sar-El bus with another group and headed off to the base. We made a quick stop on the way for some delicious falafel because we were going to miss lunch on the base, dropped the other group off, and then arrived at our base in the afternoon.

One of the first tasks to accomplish was to get each of us outfitted with an army uniform. There was a little bit of whining by a few of the girls who wanted nicer-fitting uniforms and didn't quite understand that the uniforms just had to function, not look good in a fashion show, but after they were told to deal with it, they did accept things and move on. We then headed to our rooms to get settled. The rooms were in the barracks where the soldiers stayed. They were very simple- 4-5 bunk beds with foam matresses, a window, and a couple of beat up lockers to store stuff. Our room obviously belonged to somebody at some point as there was a bunch of stuff left in it, but we were told just not to bother the stuff and move ourselves in. Because we were only 3 women in a room that could fit 10, we immediately doubled up on matresses and each got 1 half of a bunk for sleeping and 1 half of a bunk for keeping our stuff.

One thing I noticed about the rooms and the various offices we saw were that they were decoreated in Disney, Bratz, and lots of photos of the soldiers, in the same manner that freshman girls at college in the US put up bulletin boards of pictures of their friends. The soliders here are that young. Most are 18-21 and seem like little kids. It makes me wonder if the whole army could be stopped in its tracks by having Justin Bieber and Selena Gomez come visit and dsitract them.

The next step for us was orientation. The 2 soldiers that were in charge of our group (Madrichot) explained to us how the program worked, what the rules were, and what we were going to be doing. Because we arrived at the base so late, we did not have time to do work today, but were promised that we would be able to start work tomorrow. We had dinner (spaghetti, potatoes, and salad) that was tasty, took a walk around the base afterwards, and just sat and chatted. We had a great conversation where I got to know a bunch of the other volunteers better, and headed off to bed. It was a bit of an uneventful day, but was exciting all the same. 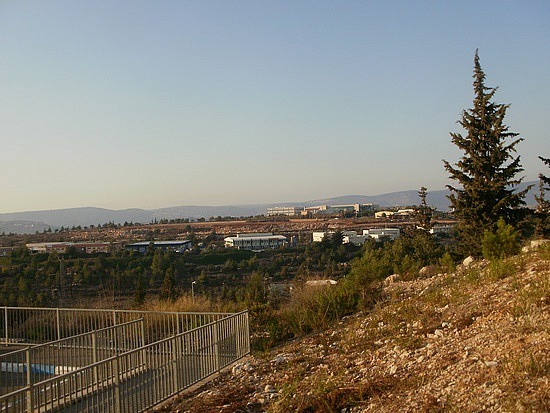 View from the base 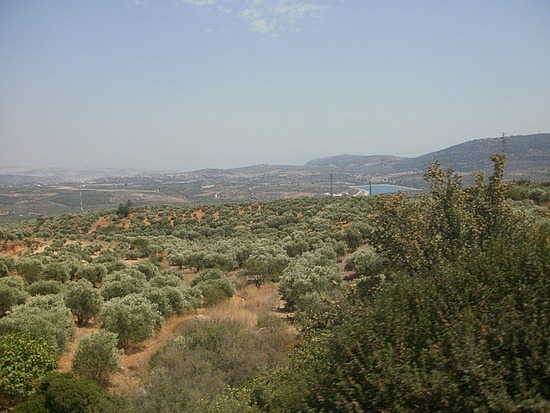 View on the way north 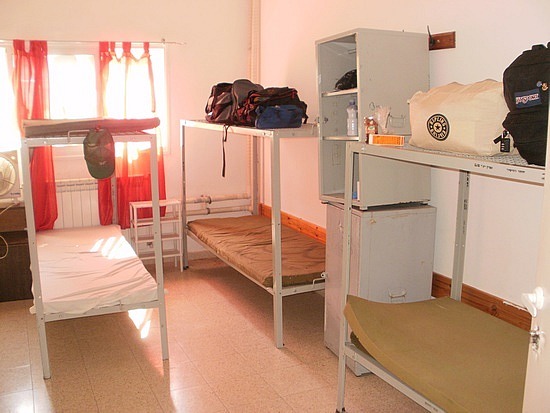