I arrived in Tel Aviv hella early in the morning, but Inbal was a fabulous cousin and came and picked me up anyway. I was able to get showered (which felt great) and have breakfast with the family before Eliza took me to the train station in Herzliya and sent me on my way to Be'er Sheva. Upon arrival in Be'er Sheva, Julie and Max came and picked me up to take me to breakfast at the soon-to-be-in-laws' house. (Everybody took such fabulous care of me!)

From there, everybody (sister, cousins, cousins' friends) got on our own private tour bus to head to Masada. On the way, we saw a lot of the dead sea, and our tour guide explained it to us. He said that in the fully natural part of the dead sea, the water level was falling. However, there is a part of the dead sea that used to be natural, but is now blocked off into pools where they pump water in from the other areas. Various industries extract minerals from these pools, and the floor of the sea in these pools is rising. As a result, the water level is rising, even though it isn't really increasing in volume. He also explained that both Jordan and Israel are working together on preserving the water in the dead sea as both of the countries benefit from it. It's nice to know that they're working together on something.

When we got to Masada, we took the cable car to the top as it was way too hot for a hike. Also, some people in the group had never been there before and we wanted to make sure they had plenty of time to see a lot of the ruins. The story of Masada is that Masada is the remains of a hill-top palace built by King Herod in Roman times. When the Romans came to Israel to conquer the Israelis living there at the time, some of the Israelis were able to flee to Masada and hold out against a Roman seige for quite some time. When they knew that they would not be able to hold out any longer, they chose to die instead of becoming Roman slaves. Our tour guide did a fabulous job of explaining the water channels and cisterns used by King Herod to supply the baths with water as well as the palace with drinking water. He pointed out to us the remains of the Roman army camps, as well as the ramp they built up to the city in order to attack it. We saw the snake path, which was a path that was present in Herod's time. We went into the ancient synagogue, the baths (some of which have original mosaics still intact), and a large cistern. At some point, we were all getting tired. While I had been on "water duty," reminding everybody to drink water every few minutes, it was hot and sunny, and we were all ready to take the cable car to the bottom and get some ice cream.

After a quick break, our bus took us to the Crown Plaza on the Dead Sea, where we had a quick buffet lunch that was pretty decent and got into our swimsuits. We went to the Dead Sea beach that belonged to the hotel. The part of the Dead Sea that we went in was more oily and bitter than I remembered. I'm not sure if that was because we were in a different area, if the sea had changed, or if I was just remembering wrong. Either way, we hung out in it long enough to get our pictures and be amused by the floating. Then, we went to the hotel's pool and played in there for a while.

I think I slept a lot of the bus ride back, but I was still able to pass out quickly when I got to the hotel we were staying in in Be'er Sheva. 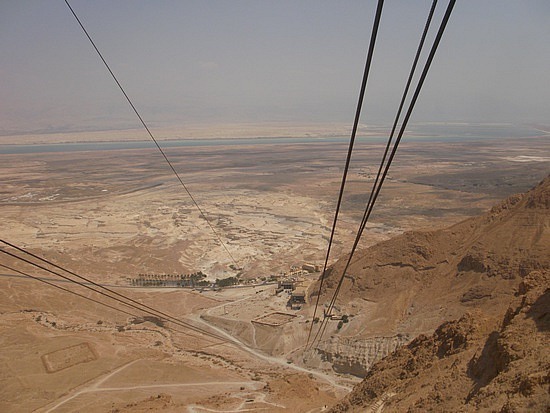 view from the cable car 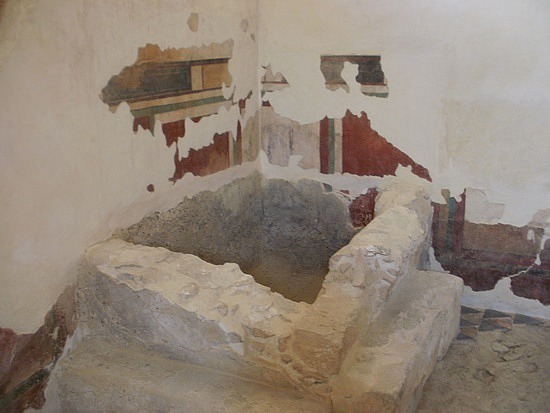 Inside the bath house 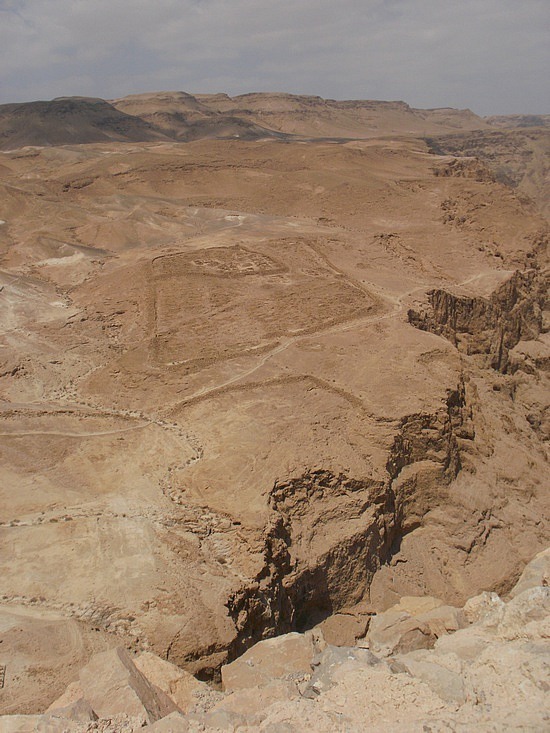 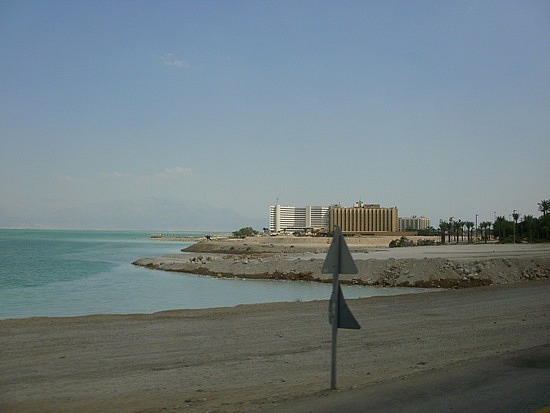 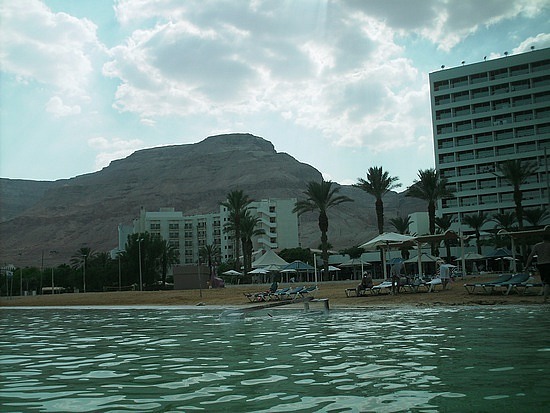 In the Dead Sea