Friday is dress-down day back at home, but certainly no jeans, so I left mine at home. Here, it is jeans for everybody. Oh well, I missed my opportunity to wear jeans to work and have it be acceptable.

Lunch on Friday was my first challenge. The only thing vegetarian was beans and tortillas, which I had had plenty of and already had for breakfast. I needed a little something more, so I went for the tomatoes. This is a risk as the tomatoes are raw and washed in the facility water. However, I was hoping that it wouldn't be a problem as I had been eating off dishes washed in facility water, eating with my hands that were washed in facility water, and other people from my company surely had eaten here before. My hope was that if they had gotten sick from the water, somebody would have told me. Also, it was Friday. If I got sick, I had a whole weekend to sleep it off. Turns out, I didn't get sick at all. Yay.

After work, I was taken downtown to walk around and see some more of the city as well as pick up a few things for some people back home. On our way to the souvenir shop we passed a fountain park where several street vendors were set up. I happen to be a huge fan of street food, so I asked the guy I was with what they had. I decided that on our way back to the car, I was going to have some. We continued to walk around the downtown shopping area. It seemed that there was a huge fabric store on every block. There were more fabric stores in that area that Dunkin Donuts in Boston or Putt-Putts at the beach. Rachel would have had a ball. The rest of the stores were mostly shoes and clothing. There were a few carts selling kids toys. I was able to buy some of the stuff I needed and then we headed back to the car.

From the street vendor, I purchased DoriNachos. "What are DoriNachos?" you ask. Exactly what they sound like- Dorito Nachos. First, the vendor slices open a bag of regular Doritos. My bag had a prize in it that I got to take out before he continued. Then, he throws (boiled) corn on top. Next comes a white crumbly cheese, yellow nacho cheese, jalapenos, and sour cream. The chips get soggy and you eat the whole thing, straight from the bag, with a spoon. Yum! This is definitely a "recipe" that I will be making for my friends when I get home. For dinner, we went to someplace new. I'm beginning to notice that most of the restaurants with table service are mostly empty all of the time. With my newfound ability to handle the water (at least to some extent) I got my favorite soda (an apple soda) and didn't send it back just because I forgot to ask for it with no ice. I also got chile relleno (one of my favorite Mexican dishes). Supposedly, the Menonites around here make the best cheese. These chiles (which were sweet and definitely not spicy at all) were filled with it, so double bonus! Towards the end of the meal, a live band started playing, which was fun, but a little loud. I wish I remembered the name of the restaurant, because I would recommend it. 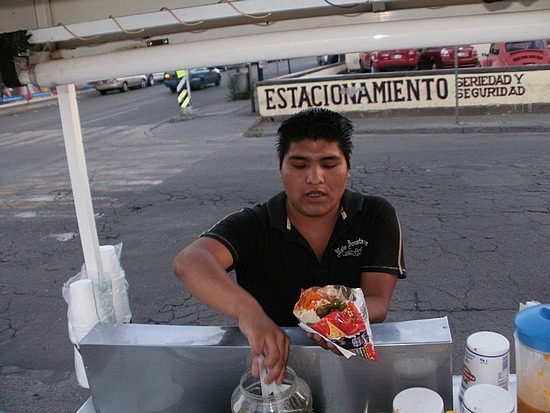 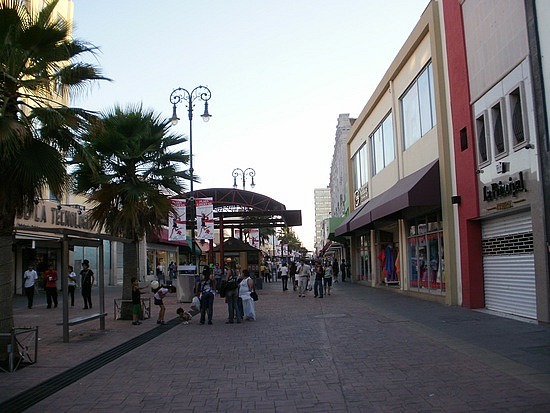