The next morning, we got up at about 8, had a nice Israeli breakfast, and headed north to Haifa for the day. I love Israeli breakfasts. It's so much more substantial than the standard American sugarbread breakfast of cereal, french toast, or pancakes. We took the train up to Haifa. The train wasn't really different from any other train anywhere else. I enjoyed the very green scenery, and before I knew it, we were there. Our first stop was the Baha'i gardens, which I was very excited about as I had heard from everybody (including a friend who did at least a year of volunteering there) that they were gorgeous. The only problem was, I didn't know when I got dressed in the morning that they won't let you in unless your shoulders and knees are covered. Allison had mentioned that when we met at the train station when she saw my shorts, but there really wasn't anything I could do about it at that point. We thought that maybe I could just wear my sweatshirt around my waist and be ok, but the guy at the entrance said that was no good. I didn't really have anything else on me, so we went to the car to scout something out. All we found was a pink flowered picnic blanket. Problem solved! I now had a wrap skirt. The entrance folks had quite a debate about my skirt and ultimately made me untuck my shirt so that it looked even more like a skirt. Ok. Whatever. As long as they let me in, I didn't care how they made me wear it. It was hot, and the blanket was even hotter, but it was so worth it. As we took our tour of the gardens, the guide explained how the Bab (the first prophet of the Baha'is) was buried in the building at the bottom and the entire garden area was built as a decoration for his tomb. The stone is all Israeli limestone, but some of it was sent to Europe to get laser carved so that it looks like marble and is absolutely gorgeous. Not only is the decoration beautiful, but it is good for the planet as well. The plants are plants that don't require a lot of water, and some of the grass is "hanging" on a mesh and not actually absorbing ground water. Outside of the symmetrical center is a natural area where trees can grow, and then a thick area where the trees that were originally in the middle were moved to. They're not allowed to hurt animals in the gardens, and after 5, the gardens are closed to people and the animals come out to play. As the guide walked us through the gardens, explaining both the gardens themselves and the Baha'i religion, it reminded me of all of all of the reasons I love the Baha'i set of beliefs. By the time we got to the bottom, I was hot and gross from the skirt, but not quite ready to leave the majesty of that place. We had to get going though. We grabbed a lunch of various salads and mezzes that was quite good and then moved on to a monastery dedicated to Elijah.The monastery had a great view of the countryside. We could see for miles, even through the hazy sky. It also had a pretty cool cactus garden. After that, we headed to our cousins' home, out in the countryside. The neighborhood had a great view and a ton of trees. Their house was a gorgeous home- spacious without being ostentation. They had an adorable garden and a lemon tree. My youngest cousin went out to get a lemon off the tree for the salad at dinner. You can't get any fresher than that! Dinner itself was delicious as well- I had the best quiche I've ever had. Sadly, the day had to end and we went back to Tel Aviv. 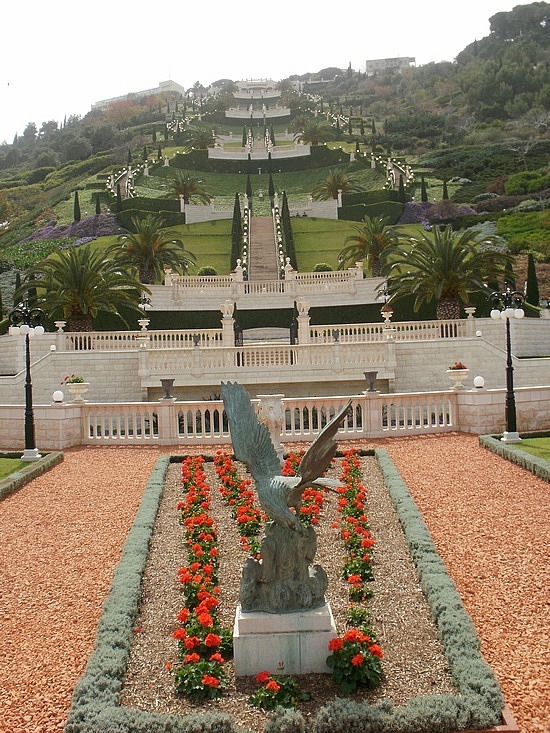 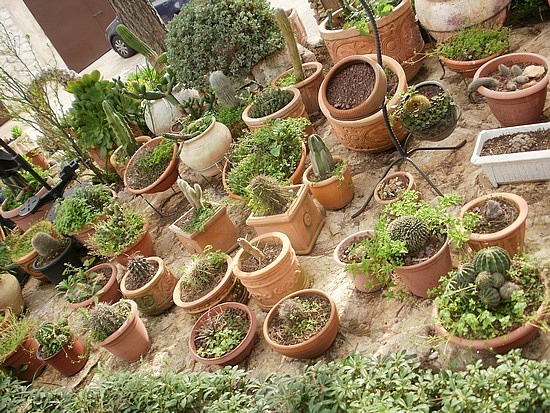 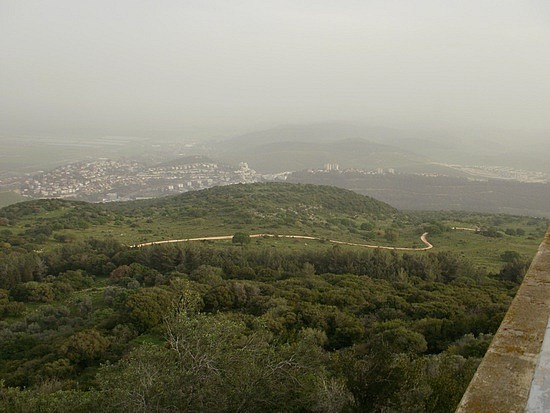