I landed at TLV early, but there was no doubt in my mind that my ride would still be there. My cousin who was picking me up was known for being early. Since it was so late when I got in, I mostly just greeted everybody and went to bed. I ended up sleeping late into the day (like 10 am!) before I finally arose. When I got up, Inbal made some delicious pancakes. They were very dense, but fluffy, so they filled you up quickly. Plus, we weren't eating them sugary, we put cheese on them. Next time I make pancakes, I'm going to do that because they end up much better than the candy-topped ones I'm used to. We headed out to run a couple errands. First, we went to an art store. It was so neat to see all of the holiday stickers and decorations for passover. The arts and crafts stores in the US don't quite have the same stuff in volume the way this store did. Just on the street, Inbal pulled some flowers off out a plant and told us to chew on the stems. The stem emitted a juice that tasted like sour patch kids. I think this is the Israeli version of honeysuckle because she said that all the kids pull flowers off the plants and chew them. We went to the mall and attempted to get a SIM card that would work with my phone, but I forgot the phone at the house, so we just got the card in hopes that it would work. Later, we had issues getting the phone to accept it, and the people we were talking to didn't get what the issue was. It turned out ok though and I'll deal with it when I get back to the US. After we got home, we had to grab our stuff for the henna party and head north to where Keren's family is. We got to her parents' house and everybody was already in their fancy Indian clothes. I got dressed using Gaya's instructions, but apparently not good enough for Keren's mom, so she redid part of my sari. I felt like a kid, having to have somebody else dress me, but at least it was on properly. As it was, it was still hard to keep the top part from falling off all night, but it kept. Out of hte window at her parents' house, we could see the Bahai gardens. Even from afar and at night, they were lit up beautifully. Some time, I'd like to go see them. The henna party was amazing. The whole banquet room was decorated in strands of flowers and other general gorgeousness. The food was delicious, and it kept on coming. My sister and I thought that we had appetizers and a meal, but apparently those were just the two first courses. By the middle of the night, we were stuffed! We had fun with the people as well. Our other cousins were there, and I think they're great fun. Keren's family is so nice, and my family has such nice friends. At one point in the evening, they had some of us go outside the room with trays of desserts (only the first dessert course, of course). We danced into the room carrying the trays and bringing Keren in. I felt honored to be picked to carry a tray. Some of the guys were wearing special hats and tons of people were banging together sticks while somebody else played a drum. It was a ton of fun. The energy was high, the music was good, and everybody was having a great time. At some point, we put down the dessert trays and were dancing without them. Later, the bride and groom sat in chairs next to each other. Two of their young relatives sat behind them. In turn, everybody came up to the couple, picked up some colored rice, put some on them, and threw the rice behind them at the kids in the other chairs. We then drew a circle in the air around them with a coin. I think it was all to bring good luck or something. Either way, it was fun and definitely interesting. After the blessing, there was more food and more dancing. Overall, we had a ton of fun at the party. I wish I knew a little more Hebrew so I'd know what's going on more, but that will jsut have to be my goal for next time and next time I won't let anybody talk me out of it. The party had us so pumped up that even the car ride back to Herzelyia was a blast. We were laughing and making jokes the whole way. I came to realize that my cousin Inbal was so much like my baby sister in so many ways. It was a very natural dynamic that we had going on in there because of that. Overall, I had a ton of fun with my family today. 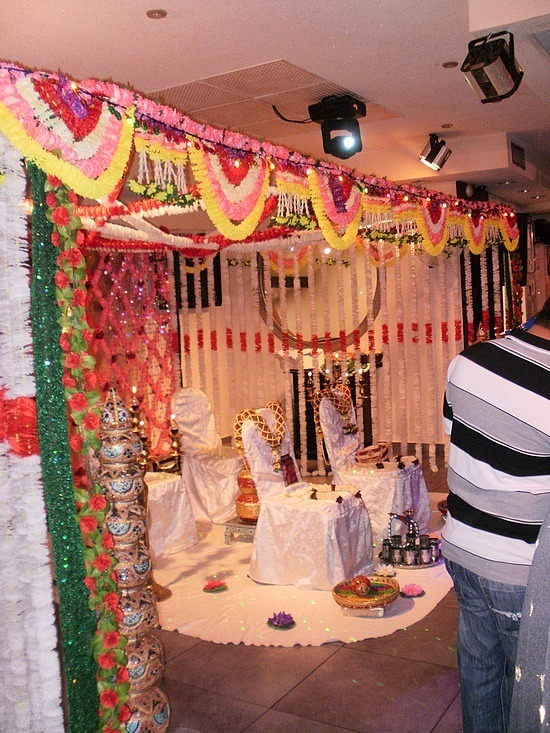