As upsetting as it was to have to wake up in the morning, it was well worth it. I was picked up at my hotel, got a nice view of the island, and ended up at Stuart Cove's dive area. It actually was in a cute little cove. For less than the baggage fees would have been charged to bring it all down, I rented equipment, hopped onto a boat, and we were off.

Our first dive didn't start super well. Both my partner and I got swept away from the boat and had to work hard to get back to it. She ended up having to abort the dive, but was able to catch my breath and go under. (I think the only reason I was able to calm down and get to that point was that I'm accustomed to breathing on air from fire training. It made me doubly thankful to be a firefighter.) Once under, the whole group went over to a wall of sea life. It was breathtaking. There were fish and coral all around. It's so difficult to describe the immensely calm and yet excited feelings of being semi-weightless, surrounded in a world of water, and just serene. Towards the end of the dive, we went back to a ship wreck that was neat. The David Tucker used to be a British boat. They turned it over to the Bahamians, who promptly sunk it. I hadn't seen a shipwreck before, so this was extra special. I felt like I was in The Little Mermaid or something. After the dive, we motored to another part of the sea where the plane from Jaws 4 was sunk. This time, we were unguided, so it was good that my partner was able to do this dive. We wandered around the sea floor, examining the fish, coral, and other sea life. Again, the feeling of being in The Little Mermaid was present. There's something amazing about just wandering the sea floor, leaving your sights up to happenstance. It leaves you speechless, even if you weren't on air. (I'll upload pictures as soon as I get them off my water camera.)

Of course, between having to wake up in the morning and tiring myself out diving, I slept on the bus ride back to the hotel. I was going to take a nap there, but instead we headed to Junkanoo beach, which is the beach within walking distance of downtown Nassau. We grabbed a couple of Bahama Mamas from the stand on the beach, and went to enjoy the water. Unlike Cable Beach, this beach is very clean, although it is quite "rocky." The "rocks" are actually pieces of coral. Eventually, I settled into my favorite method of enjoying nice weather- I napped in it. After napping on the beach, we went back to the hotel and sat by the pool, relaxing. Some Bahamian cam up to us to talk. Everybody there is so friendly. They all want you to stay. This was not the first local to try to convince me that it would be easy for me to get a job and move there. After another nap, we went hunting for nourishment. Imperial was the local place that everybody recommended, and I really wanted to try it, but it didn't seem to be serving dinner that late. Instead, we went next door to some touristy place. I was able to get plantains and "peas and rice" there, as well as more of the Bahamian soda. (The peas are black-eyed, not the green kind.) Finally, some local food.

After dinner, we wanted to go out and do something, but were a little saddened by the thought that the only nightlife in town was at a bar or a club. Even those would probably not be too crowded as there were no cruise ships in port and hence fewer tourists to party in town. We wandered around, waiting for things to get started. We found our way to this cute little park that was all covered in Christmas lights. No pine trees here, the palm trees were the ones lit up. We were sitting in the park, confabulating, when we started to hear music.

We got up to investigate what the sounds were. It turned out that they were having some sort of alumni reunion event. Several people from a particular fraternity were going to put on a step show. In the stands were plenty of sorority alumnae as well. We sat in the bleachers and watched. It was a ton of fun. First, the music was great. Second, the MC was hilarious. He kept making fun of the "Old School" alumni. Then he introduced us to the "Middle School" alumni, his age group. But when the "New School" alumni performed (and put the step dances of the other groups to shame), suddenly he was younger and belonged to them. Overall, it was a great show, much more fun than anything we could have planned. I was so happy that we stumbled upon this. 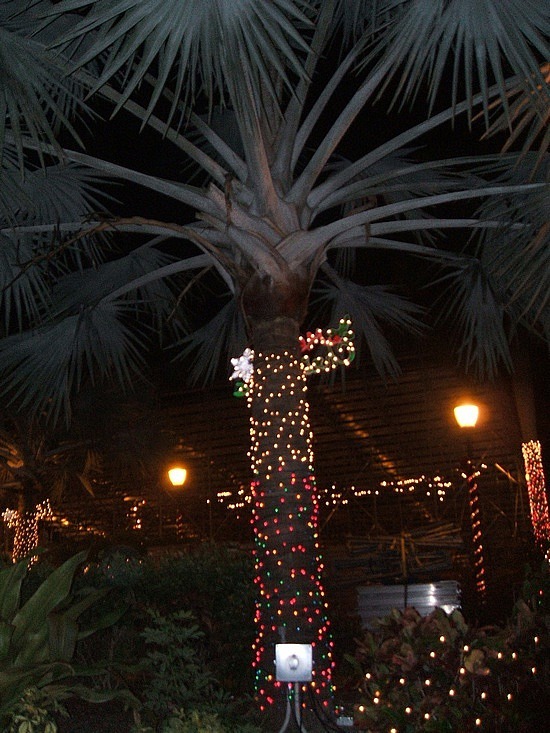 Lights in the park 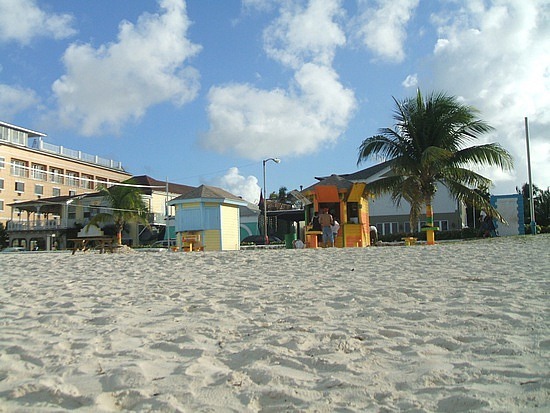 Posted by spsadventures 16:00 Archived in Bahamas