Walking in a winter wonderland

We woke up this morning to beautiful weather. Sunny skies graced the mountains, so we decided to start the day with a hike. I had printed a map from the Switzerland hiking website, and also downloaded an offline hiking map app. The hike we intended to do was not too long, but would take us on a few hours' circular hike. We started down the hill at a reasonable pace, passing an out-of-operation ski lift on the way. As we exited the village, the road turned from nicely-plowed and dry to a bit icy. We continued on. The uphill going got a little challenging with the black ice, but the views were worth it. We saw gorgeous snow-capped mountains and pine forests cut by mountain streams. The black ice turned to a bit of snow, and it actually got a bit easier to climb the mountain path. We could see that not too many people had been here before us, due to the lack of footprints in the snow. But a few animals had! The bit of snow turned to inches, and at some point we were wading through snow higher than our boots. Again, the views were incredible. Neither pictures nor words can fully capture the beauty. We were wading in snow up to mid-calf now, and got to a point where there were no footprints at all. According to the map, we had climbed from an altitude of 1130 m minimum to 1420 m peak. It had been a few hours and we were not even a third of the way around the circle. Trudging through the snow was a ton of fun, but had caused us to work up quite an appetite. We picnicked, standing up, with no other humans in sight, even though we had an incredibly vast view. (We picked great cheese at the store yesterday. Also, great bread. I liked the rosehip jam, but my BF thought that it tasted like bad ketchup.) Instead of continuing on, we determined that the smartest thing to do would be to turn back. The return trip was much quicker as gravity was helping us, but it still took quite some time to navigate the black ice without falling I highly recommend hiking this area. It is amazingly beautiful, peaceful, serene, and natural.

After a quick nap to regain our functionality, we decided to head to Vevey. We heard there was an interesting food museum there. The contrast between the winter wonderland of the morning and the bright spring down by the lake was quite stark. We didn't really even need sweatshirts to stroll around Vevey. Upon arrival in Vevey, we enjoyed a little walk around the city first. It's a cute town with old-style cobblestone streets in some areas. Some of the buildings, including a clock tower, are clearly historic. The streets are filled with quaint little shops. In one square, we ran into a flea market. It was just a very pleasant place.[ Down by the lake front, people fed swans and ducks. Children rode a 2-story carousel that played French pop music instead of typical carousel music. (I eventually took a ride too.) We walked the waterfront to the museum, and ultimately decided it wasn't worth the cost. But, I was still happy that we visited Vevey, just for the town itself. Just like in Lausanne yesterday, we hiked up to a church with a great view and just enjoyed the quietness of the park.

For dinner, we went to The 3 Sifflets, which had been recommended to us by a local we asked for advice. They are famous for their Fondue. Every table has a fondue burner on it. When they bring the cheese pot out, they put on partial costumes and carry the Swiss flag. They play the Swiss national anthem. Every time. For every table. I don't know how they don't get annoyed by it by the end of the night, but for us, it was exciting. It's not just famous for the spectacle, though. The fondue was creamy and delicious. Hint- one serving is plenty for 2 people, especially if you got the traditional Swiss dried meat or some other appetizer. 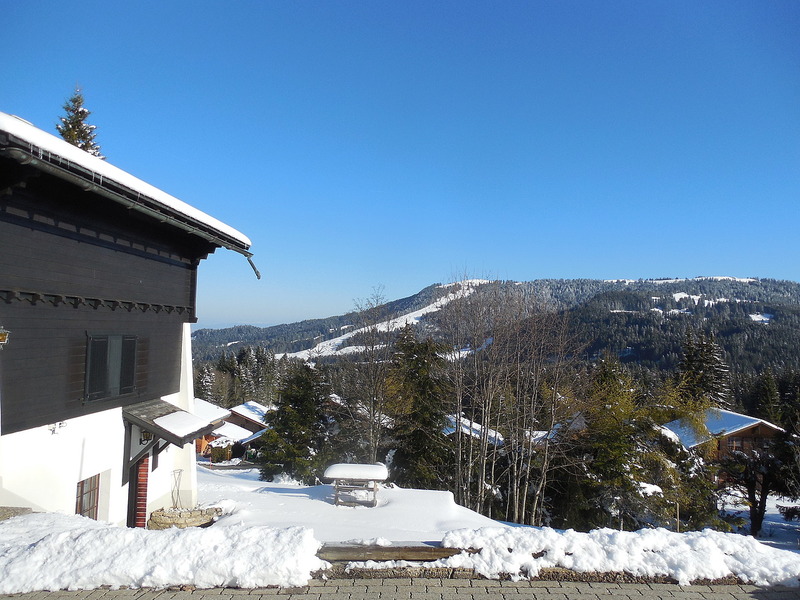 View from the airbnb 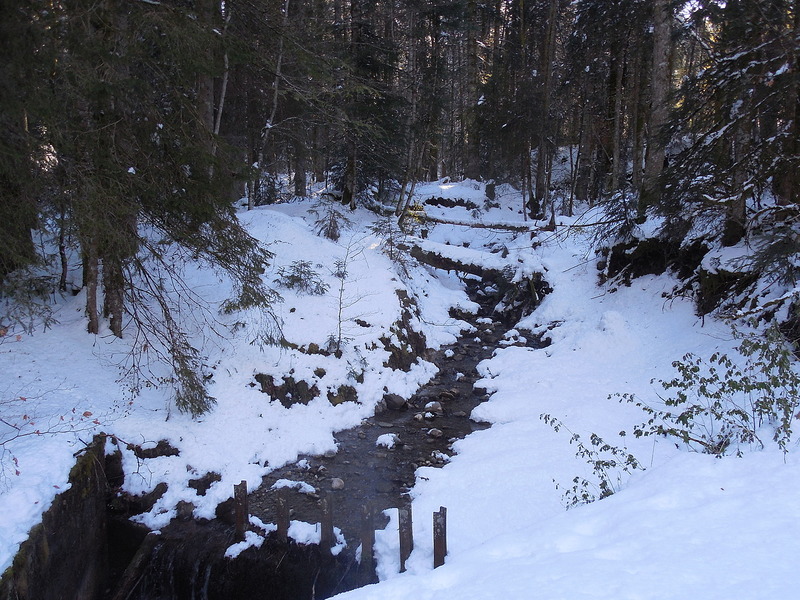 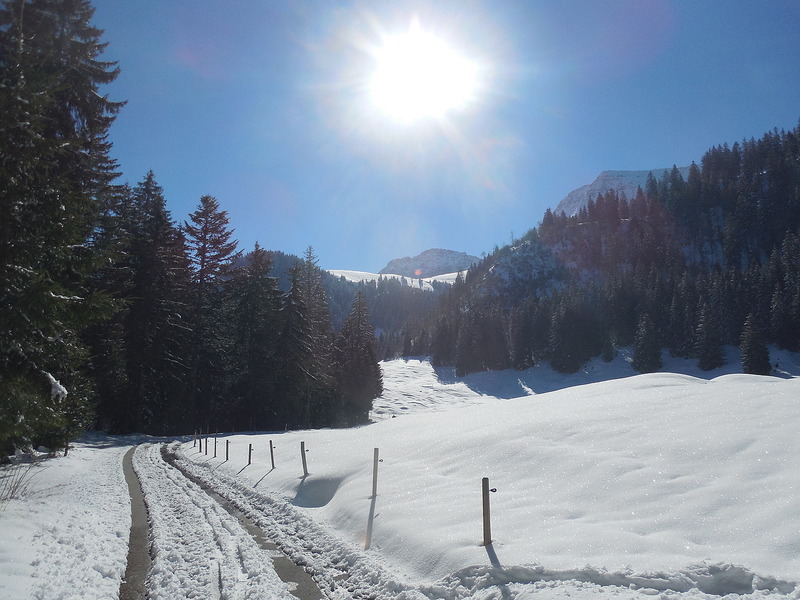 Beginning of the hike 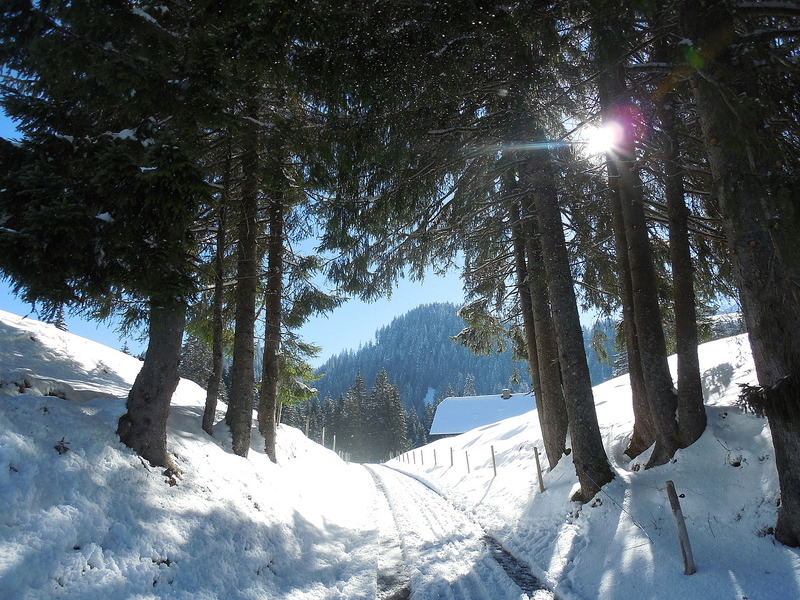 Further up the mountain 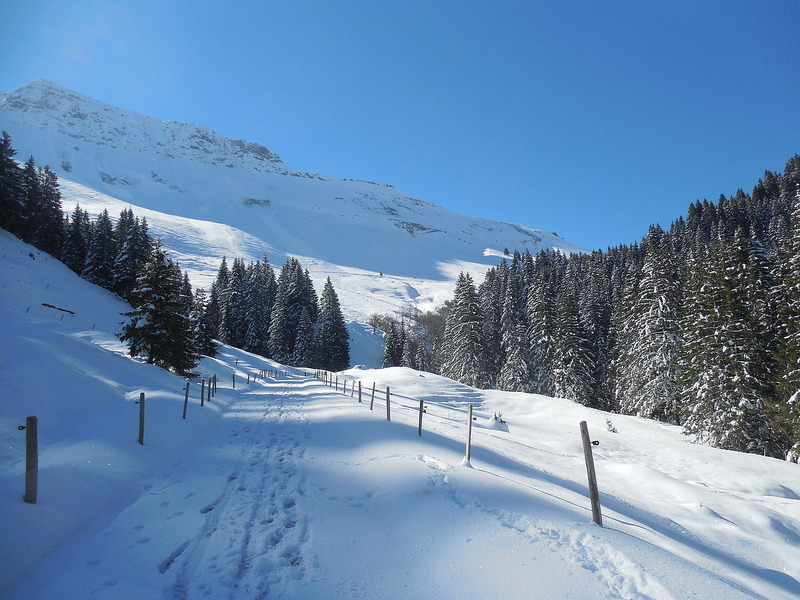 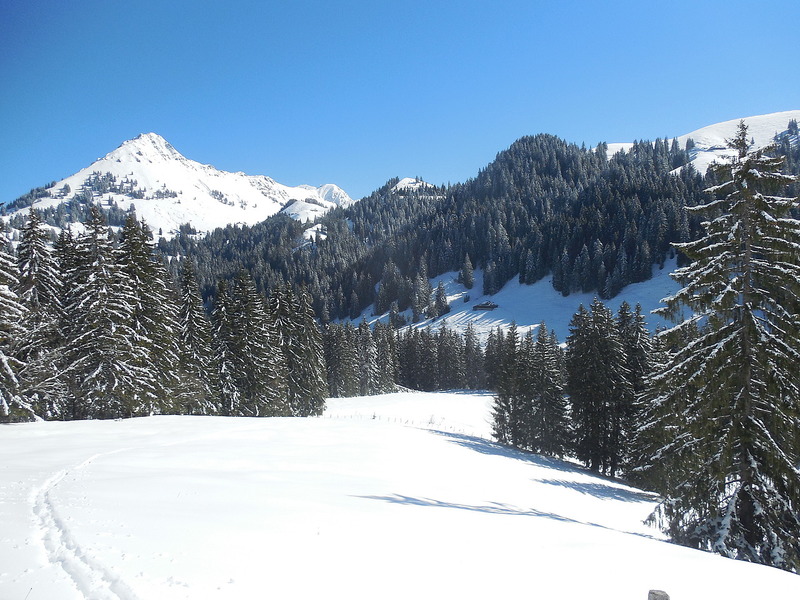 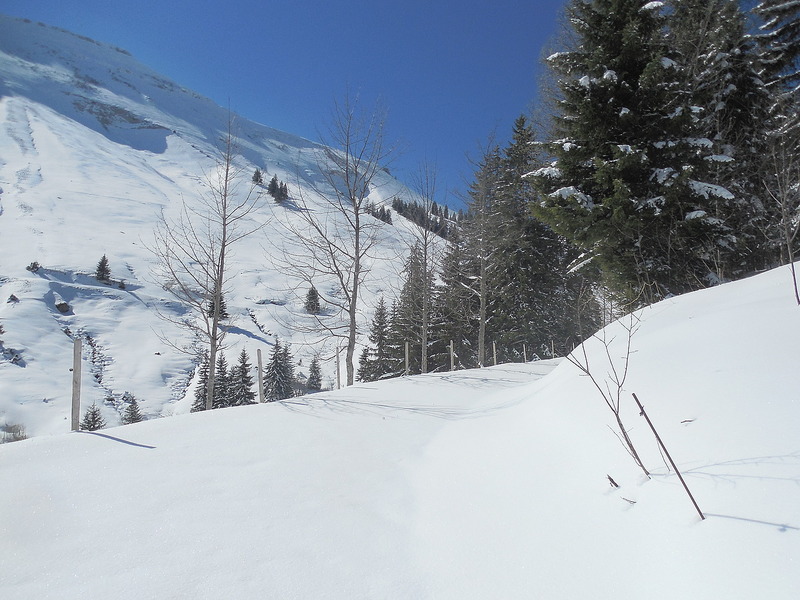 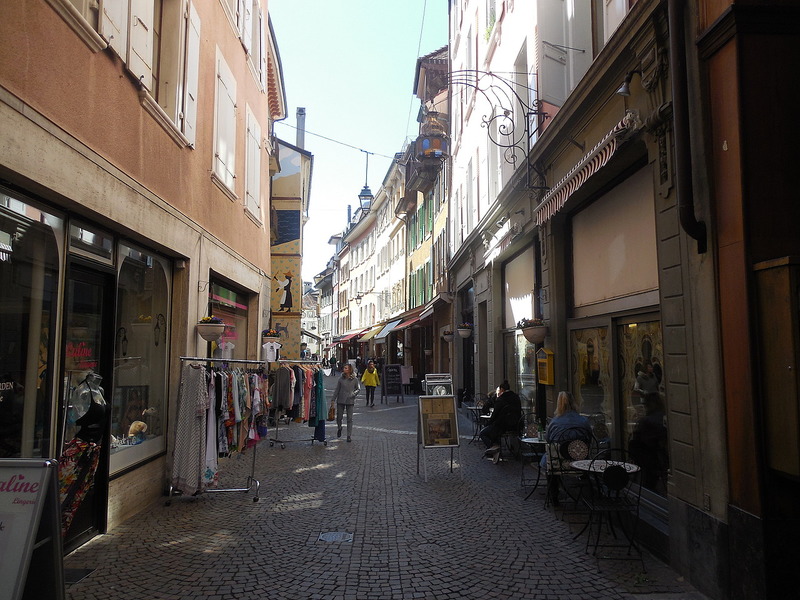 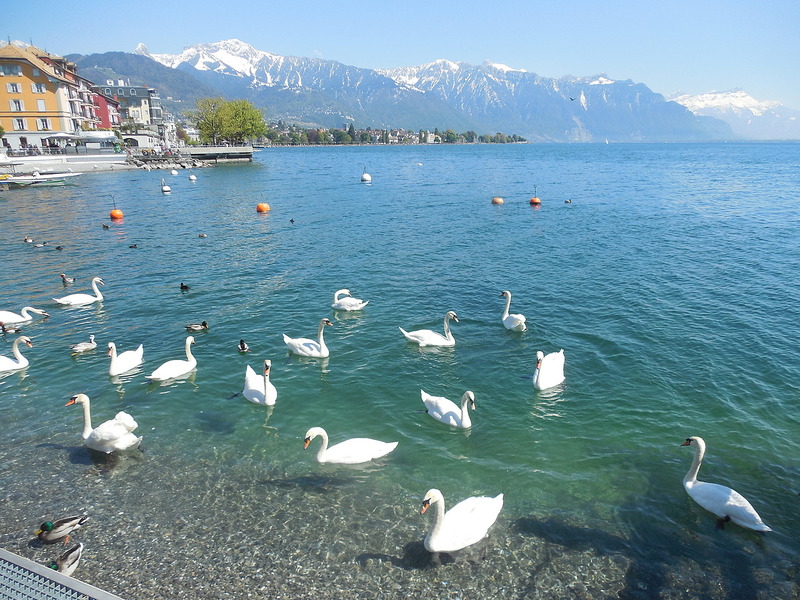 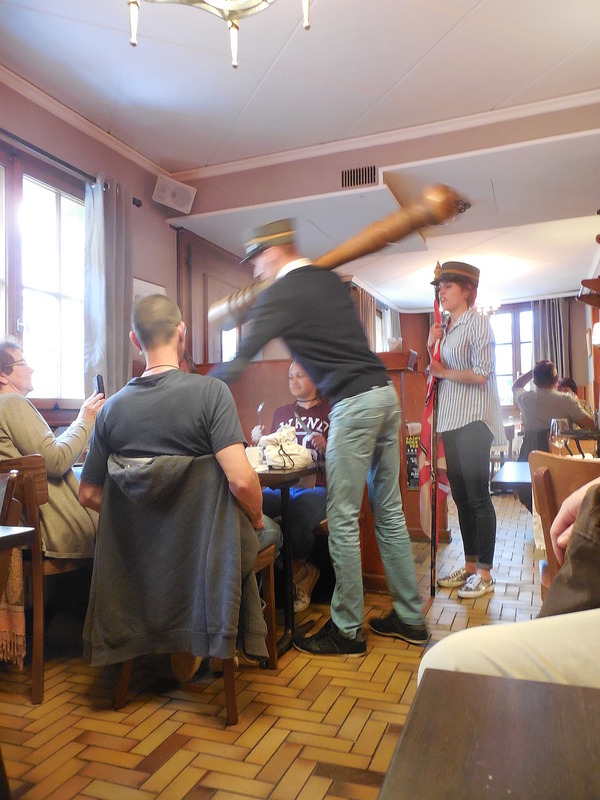 Posted by spsadventures 16:00 Archived in Switzerland