As we aren't big drinkers, originally we were going to skip the Guinness and Jameson factories, but as the cab driver the night before recommended it, we decided to start at the Jameson factory. I'm glad he recommended it. I had a vague idea of how alcohol was wade before the tour- ferment some liquid- but I have a much better idea now. The tour guide walked us through all of the steps used at Jameson, from storing the wheat to mashing it, fermenting it, distilling it, and bottling it. At each step of the way, there were recreations of actual processes, all designed to engage the senses. There were actual grains to touch to feel the difference between "before" milling and "after." You could see and hear the running water pushing the mill wheel. There was a "smell me" area where you could smell the honey vanilla scent given off during fermentation. Finally, at the end of the tour, they gave all of us a taste of Jameson. I was on the second tour of the day, so it ended a little before noon. Yes, I had a sip of alcohol in the morning. I did find it amusing that the gift shop wouldn't sell alcohol until 12:30 since the tour was willing to serve alcohol way before then. Without buying any souvenirs, we snagged the bus to head downtown and get some lunch. (Again, I was really glad we got the unlimited bus pass. It paid for itself many times over.) We were going to stop at Apache pizza, home of the tacozoni, but it wasn't very vegetarian friendly. As it did put Jen in the mood for pizza, we asked an Irishman where the best pizza nearby was. He sent us to La Pizza. I got a lasagna that came out literally bubbling and remained bubbling for quite a while. My first thoughts were "Rachel and Grandpa would love this place" as both of them want their food to come out super hot. While I waited for the lasagna to cool, I had my fries in "brown sauce." Really, that's what it said on the packet. I think it's the Irish version of HP or A1 sauce. It was pretty good. From there, we headed to the Irish Jewish Museum, which was signed better than the castle was. The museum's upstairs was an old synagogue whose congregation had dissolved years ago. The downstairs was a collection of Irish Jewish (and some non-Irish Jewish) artifacts as well as some plaques telling the story of Jews in Ireland. I learned a lot and picked up a CD of Irish Jewish music- quite interesting. Since today was museum day (it was colder than Saturday) we also went to the Irish writers museum. I learned more about Irish writers than I would ever want to know. However, when at the Jonathan Swift display, the audio guide read a key passage from <u>A Modest Proposal</u> so I got excited. Some as we wandered towards Grafton Street, we grabbed a snack and some souvenirs. I got the blandest curry of my life for dinner and we headed over to the Duke for another literary event- the Literary Pub Crawl. I was expecting to experience "literariness" in several pubs. In the first, we had a good time, listened to an Irish song and saw a mini Irish play. However, after that the tour was mostly outside. The actors would act out some Irish work while we were outside, then we would go into a bar for a few minutes and repeat. I think that it would have been easier to be outside if it weren't so cold, but in general it would have been more enjoyable if we watched the mini plays from the inside of a bar with a drink in our hands. However, if somebody is a literature buff, I definitely recommend it, cold and all. The actors were pretty good and shared a lot of literary trivia with us. Actually, it seemed that most of Dublin fell into two categories: literature and drinking. If you're into the whole Irish literature thing, Dublin is a great place to celebrate the writing geniuses. If you're into drinking, Dublin is a great place to drink as you can get started much earlier than other places and not get strange looks. If you're not into either, let's hope you're into history as there didn't seem to be too much else to do. That being said, I definitely have a desire to go back to Ireland to see the countryside as we didn't get to see any of that. 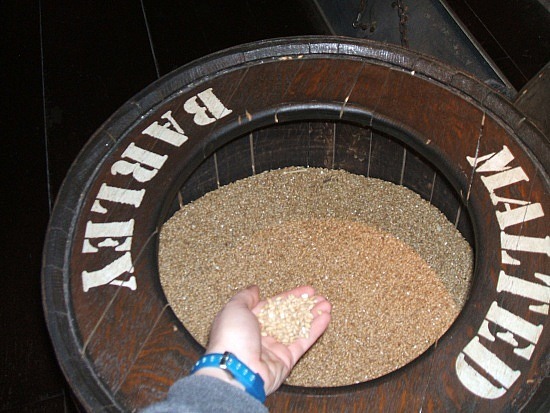 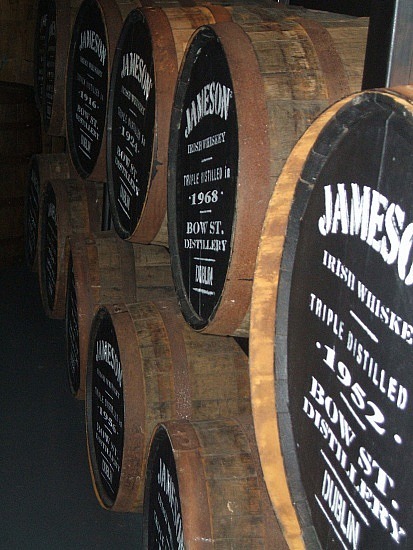 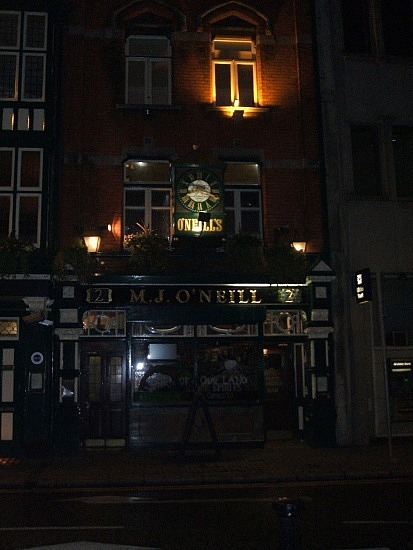 One of the literature-related bars 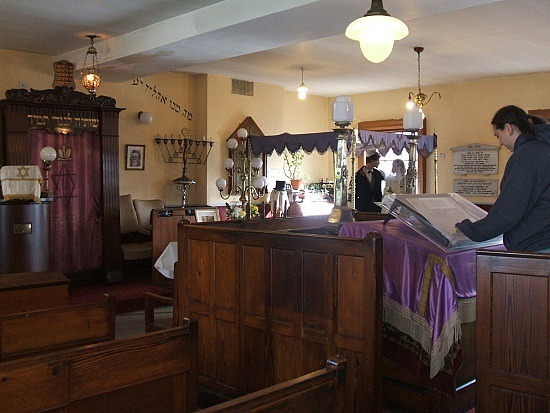 Posted by spsadventures 16:00 Archived in Ireland