On our last morning in Havana, we decided to get a Cuba-style breakfast. We walked the streets until we found a bunch of Cubans hanging outside a window. Next to the window, a hand-written menu told us what was on offer. Inside, a lady cooked out of her kitchen. This is typical Cuban "fast food." It's a takeout window, like a McDonald's drive-through, except that you walk up to it. Also, some people will stand there and eat so that they can give back the dishes. Also, somebody lives in the "restaurant" and it's just a regular home kitchen instead of industrialized. Also, the food isn't mass produced and frozen. But, it is the Cuban equivalent. We got 2 egg sandwiches (much tastier and fresher than McMuffins), and a sandwich with "salsa" on it. Salsa is some sort of mayo-based pink sauce. I think it either has tomatoes or peppers in it, I'm not really sure. In any case, the food was decent and all 3 combined were 18 pesos (about 75 cents). We didn't take our change.

We brought our sandwiches out to the Malecon to take in the view while we ate. I am very glad that we picked a Casa that is closer to the Malecon than Havana Vieja. It's been a great experience for us. On the Malecon, local fishermen lined the walls, trying to bring in something to eat.

We had been told to get to the airport 3 hours ahead of the flight, so we had Nancy call us a cab and left for the airport. 3 hours is about right. There's not really online check-in, so the lines at the check-in counters were very long. Some people were a little confused about the process, and so some customers took longer than usual. One guy tried to check bird cages that weren't packed, were clearly very fragile, and would never had made the flight. The check-in people didn't let him check them. Another guy had missed a previous flight and needed to buy a new ticket. But the airline check-in folks couldn't sell him one. However, the lady told him to go to her private office, use her internet, book one, and then she'd get him all checked in. (That's good customer service!) And of course, there were the normal people who don't regularly fly. So, the line took a while. Then, I went to change the leftover money back to Euros, and that line took some time. Security/immigration wasn't any better or worse than any other airport. All in all, I think I made it though in 2 hours, but if something had happened or there had been traffic on the way, you want that extra time. Plus, my friend found out htat her flight wasn't leaving from the main terminal. She had to catch some sort of irregular inter-terminal bus that cost 1 CUC. Except that it's not regular, so she ended up taking a 5 CUC cab to the other terminal. Leave yourself more time for the Cuban airport than you normally would at home. 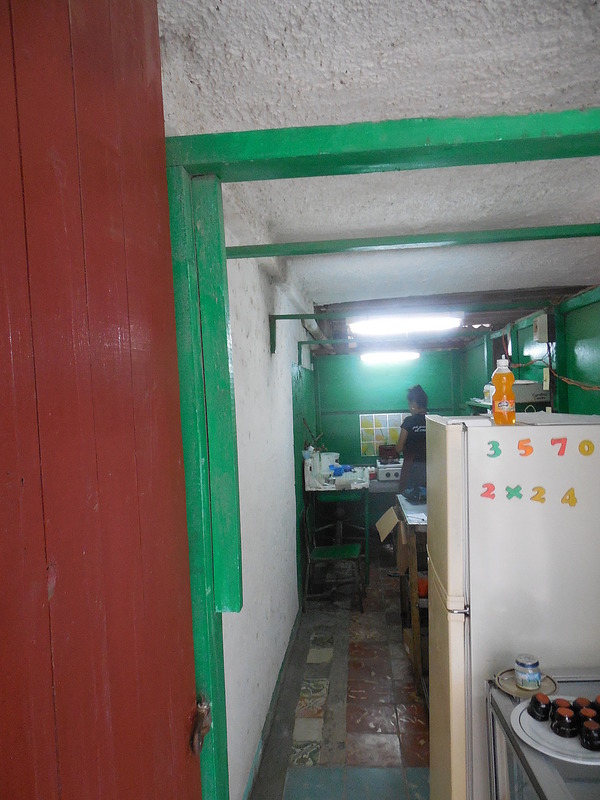 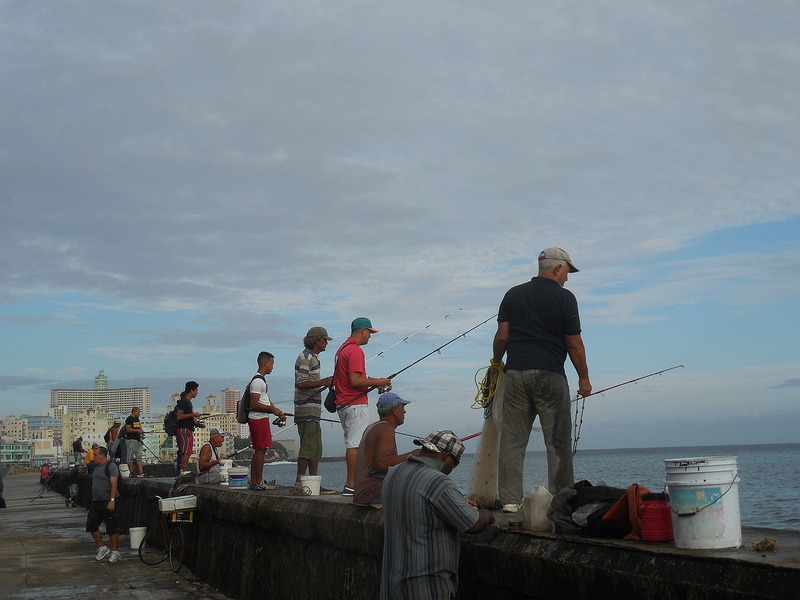 Fishermen on the Malecon