Our driver and guide weren't just on time, they even arrived a few minutes early. We got into an 80s looking Peugot and took off for Pinar del Rio. The weather was great for a drive through the countryside. With the windows a bit open, we were very comfortable. Once we exited the city, the view turned to farming areas with the occasional mountains off in the distance. Cattle and horses roamed. We passed fields with nice crop rows as well as areas that appeared to be jungle brush. It was all a bit more brown and yellow than I expected, but occasionally we passed an especially verdant patch. We also periodically passed hitchhikers or folks waiting for the bus on the side of the highway. Other people used machetes to cut the grass on the side of the road. We also saw several people driving horse-drawn carts. As we traveled, our guide, JuanCarlos, told us all about life in Cuba. He helped us understand what the government does and doesn't provide for all citizens. Apparently, housing is passed from generation to generation, with new families typically having to decide which set of parents to live with until a grandparent leaves an inheritance. The exception is university students. If you attend university away from home, room and board are included. But most majors are available at your local university, the food provided needs to be supplemented by your family, and transport can be expensive, so many people don't go away to university. The other problem is that a profession (teacher, doctor, engineering) doesn't pay as well as tourism. Government salaries can be 20 CUC per month, maybe 60 for a doctor. Tips from tourists can quickly top that. Tourism is actually encouraging a lot of people out of careers necessary for the country.The USA loosening the tourism restrictions does actually seem to be undermining the government in a way, although it may be hurting the people as well in the process. It will be interesting to see how this saga plays out. Eventually, the fields turned into mountains covered in scrubby plants and the wide highway turned into country roads. The car in front of us got pulled over by the police for a random check. Apparently, they set up checkpoints to pull over whoever they feel like whenever they want. These aren't at a border, they're just wherever. They do a "paperwork and taxes" check. Does the driver have the right licenses to drive, to drive a taxi, for car registration, for permission to use intercity roads, and are all the fees for these paid and up to date? If so, good. If not, the driver encounters problems. We stopped at a hotel that has a great view of the valley, but just for the viewpoint. The guide showed us the mogotes, or karst. The area was limestone created by sea life. But, much has been eroded away, and so these beautiful mountainous formations are left. We continued on our way and passed through a few villages, one of which had beautiful tiled houses. They were built after the revolution. We arrived at San Tomas Cave. The cave is the largest in the area, but the tour only covers a fraction. As we waited, JuanCarlos pointed out the various birds and birdsongs that surrounded us. Birding seems to be one of his passions. I don't know much about birds, but if you are a birder, I think you'd be in great hands with JuanCarlos. He also knew a lot about the flora. He pointed out a tree to us that is called the "Tourist Tree." It's called that because it's red and peels, like tourists with sunburn. 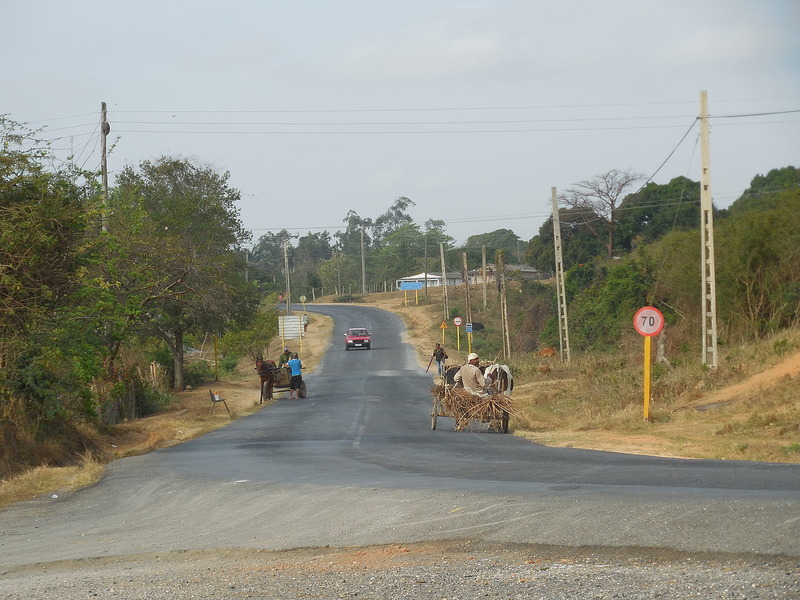 The road to Vinales 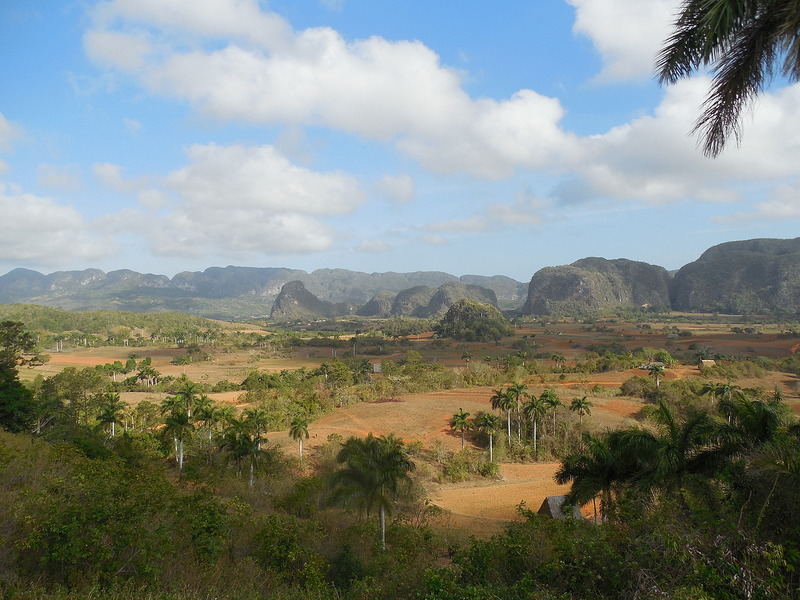 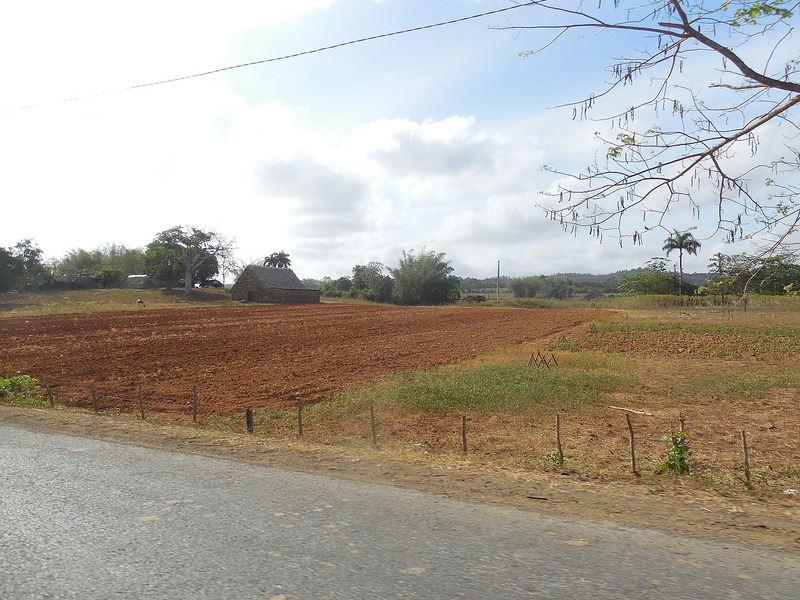 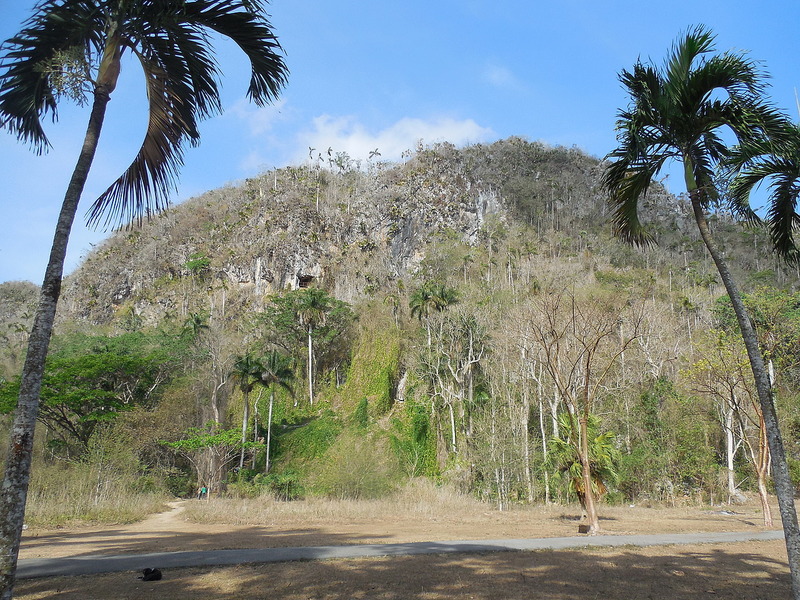 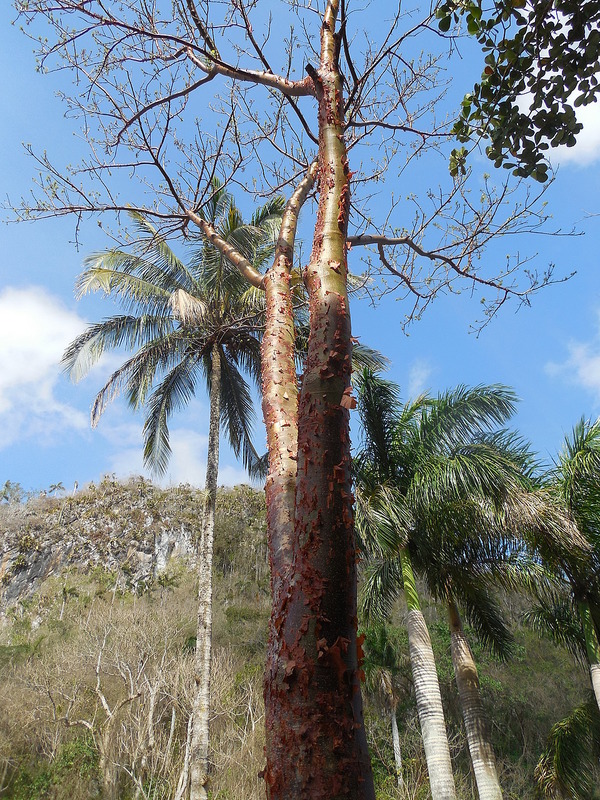 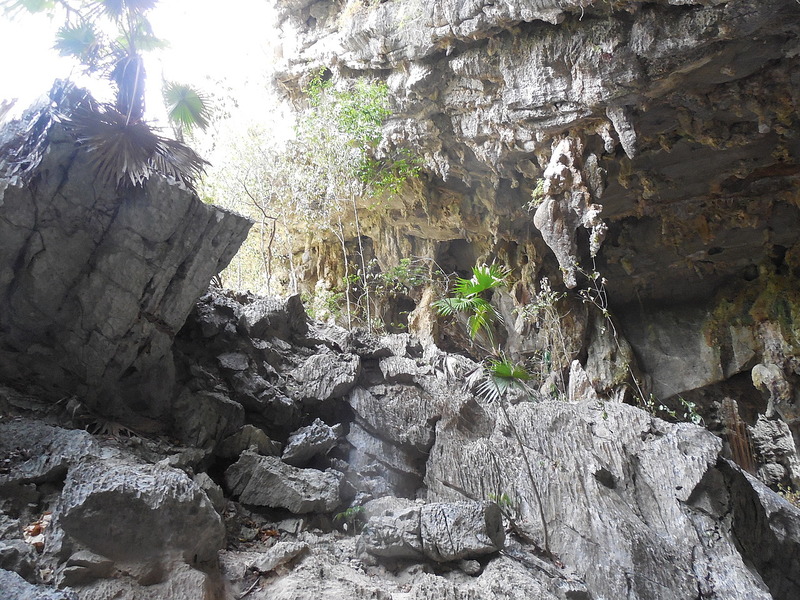 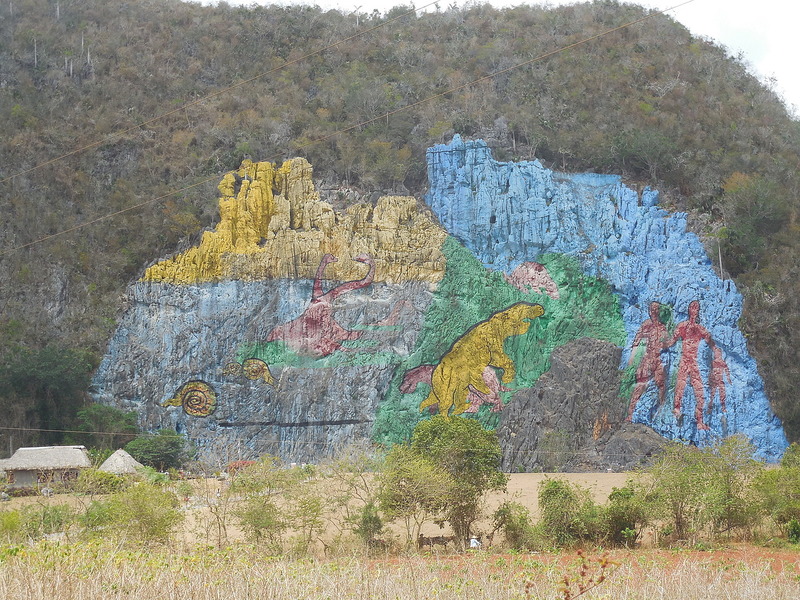 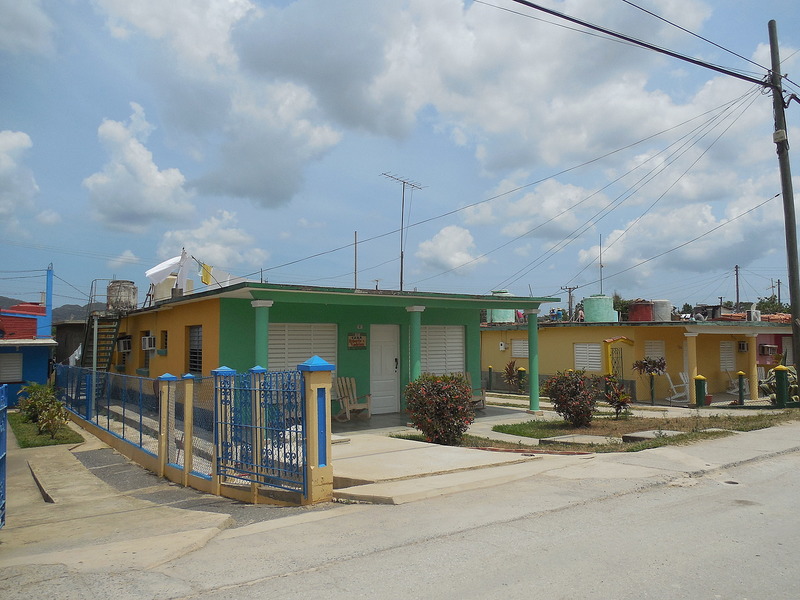 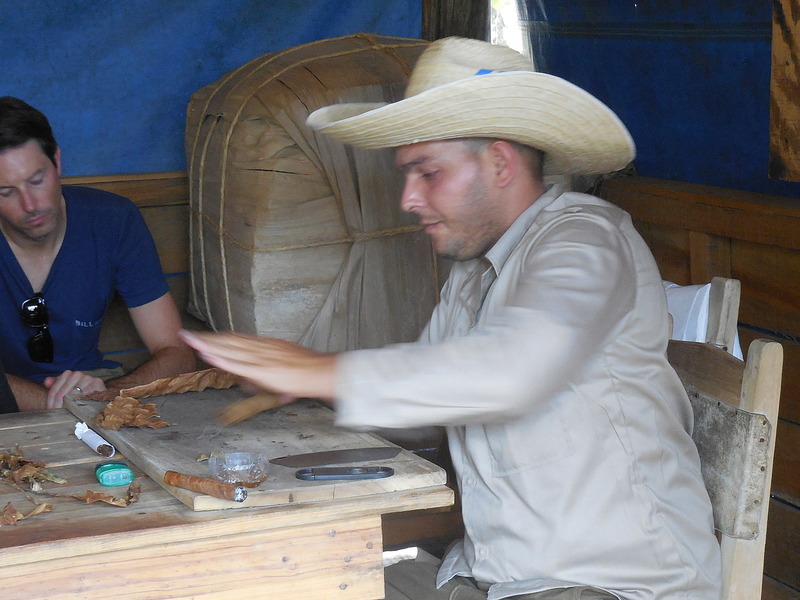 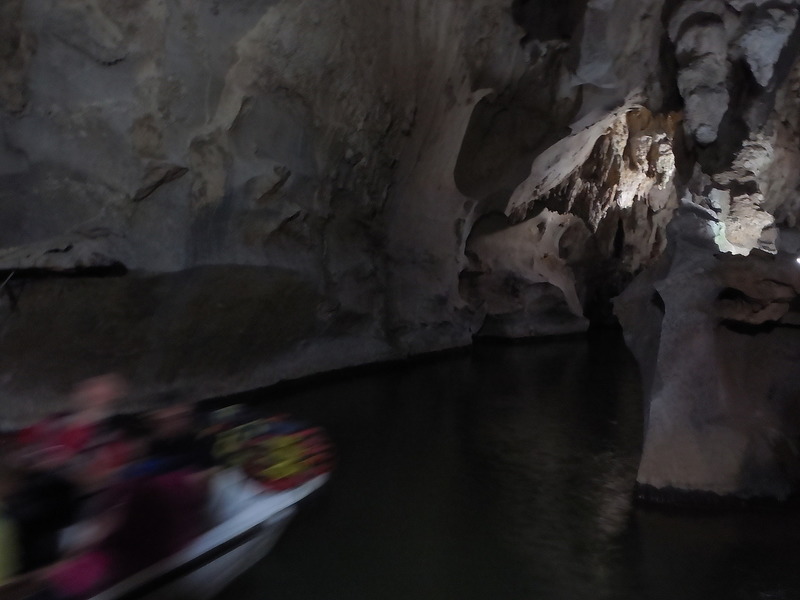 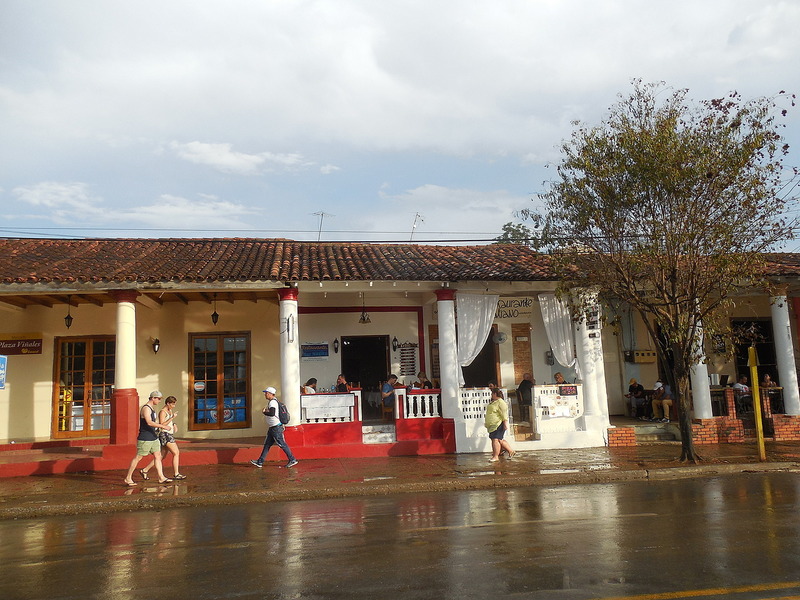 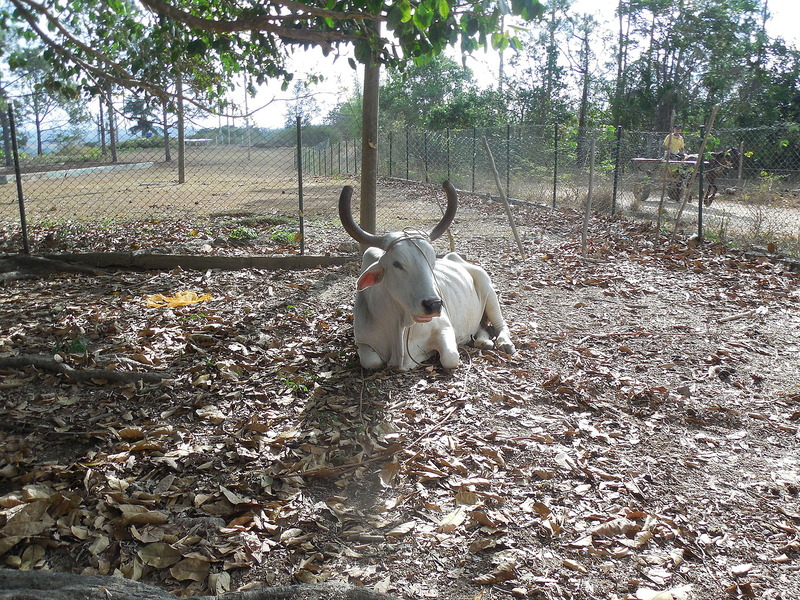