It's a good thing I cam sleep through anything. There were no curtains on the windows and the dorm door is opaque, so light came in from both sides of the room. Street noise filtered through the window, although it wasn't really worse than most city apartments. I still awoke feeling pretty refreshed. That is, except for my calves. Those needed a lot of help. I grabbed toast, jam, and water from their life straw at the hostel, and headed out for the lake. I planned on walking around the lake, but before I got there, I found myself at the Tooth Temple. I walked just the part of the lake next to the temple, and then explored the temple itself. The Temple of the Tooth is the major site in Kandy. At the museum at the back of the grounds, you can learn all about Buddha, who used the tooth to eat when he was alive, and then about all of the various forces who stole, fought for, captured, hid, or built housing for it after he died. To enter the temple itself, I first passed a ton of flower vendors selling flowers that people could bring in as offerings. went through a security check that wasn't much of anything, then walked the grounds to the ticket booth. Before I got there, I noticed that everybody was leaving their shoes lined up on the wall. I removed mine and placed them in the long row, but by a lamppost I hoped I'd remember. I went to get a foriegner's ticket (more expensive) and some guy tried to advise me. First, he wanted me to go get my shoes and give them to the "foreigners' shoe guard" (not included in the expensive ticket, but probably not expensive either. I wasn't going to go get them (half out of laziness) and that really bothered him. Sir, you don't know this, but my shoes are a nice used-to-be- white-but-now-brown color that makes them probably the dirtiest shoes there. Also, there's not a woman in your country my shoe size. Plus, I have faith in humanity. My shoes are fine where they are. Then, he wanted to lead me to the entrance. But he was walking away from everybody else. It was a secret entrance that everybody else doesn't know about, he claimed. That may or may not be true, but I wanted to see how everybody was coming to pray. So, I waited with everybody else to enter. I was part of the crowd bearing flowers inside and upstairs. The walls of the temple were painted with people carrying flowers in, and the people more or less carried their flowers exactly like that. It was a bit surreal to see them walk past the ancient depictions, while they were doing exactly what was depicted. The line flowed up the stairs to the second floor of the temple. Everybody was pushing to place their flowers on a long table, but also moving on and making room for others to offer to Buddha. In addition to the main tooth house, the temple contains several other beautiful shrines. I didn't get to see them all, as they were closing (I guess Buddha has to take his lunch break), but I did view several. I definitely recommend exploring a bit there beyond the tooth house. The entire area is filled with artful depictions of Buddha, his life, flowers, and other pretty things. The style is different than a standard cathedral, but the concept is the same- cover every inch of every altar with as much art as possible. Don't leave any space blank, except to set off the art that is displayed there.

After I was finished seeing the main building, I ventured into some of the museums on the grounds. I learned all about Buddha, his tooth, and the history of everybody who had anything to do with it. They were worth the free admission, plus it was a place to get out of the sun. (Sorry, no AC.) Around the grounds, there were plenty of places to sit, relax, pray, and light candles. Some families were having little picnics in one pavilion. It wasn't green, it was covered in stone, but it was still a pretty relaxing place to be. On my way out, I passed a chained elephant. Why the temple needs a chained elephant is beyond me. The elephant didn't look too happy, and it didn't look like it had friends to play with. I was saddened to see it in such distress, but am no sure what I could have done. I also noticed that I had missed a building. It appeared to be some sort of free food, like a Jewish oneg. The adherents lined up with some sort of leaf that acted as their plate, and then received a mass of food in the middle that they ate using only their hands. While I was incredibly tempted, the line was ridiculously long, so I passed. Instead, I ate at Oak Ray restaurant, located in a historic building of some sort, and with a nice view of St. Paul's church. The lasagna there wasn't exactly the most Sri Lankan item I could order, but it was the spiciest lasagna I've had in my life.

I wandered around town a bit, just to see what there was to see, and found myself back at the hostel. I had booked another place for tonight, just because I wanted to make sure that I got great sleep- enough for 2 days. So I grabbed my bag and then tuk tuked to Days Inn. No, there is no connection between this and the American chain. This Days Inn is a small guesthouse up the hill from the city. Actually, there are a lot of fancy hotels up that way, probably because the view is amazing. As such, there are a surprising number of tourist shops selling very expensive items. One of the fancy hotels that was mentioned in the guidebook was Helga's Folly. It was right next to my hotel, so I went to take a look. The best way I can describe it is painted by somebody depressed and on drugs. But, it is quite the sight to see. Despite the extra few dollars I had to spend to constantly taxi up and down the hill, walking was not a good option. The roads didn't really have any shoulders, so even going downhill would be treacherous, and with my legs still aching, uphill was not happening. So, as soon as I got settled, I tuk tuked back down.

The lake in town is quite beautiful. One of the Kings of Kandy (real thing) had it installed when Kandy was the capital. I walked around it and admired the wildlife. There are actually quite a variety of bird species here. Some of the ducks looked pretty diseased though.

The cultural center is right on the lake, so I took a bit of a detour there. First, somebody showed me where to get tickets for the evening cultural show. Then, I got to watch some craftsladies make actual product. One lady was a wood carver. She has been carving for over 40 years. She took a block of wood and turned it from a blob to something resembling an elephant's head right before my eyes. Another lady wove with her loom. She didn't have a pattern she was working from, but she just seemed to know what came next.

My timing was perfect- just when I was done circling the lake, it was time for the cultural show. I went back to the nice big auditorium at the cultural center, only to find that the ticket I bought was for a different venue, right next door. This venue looked more like a high school auditorium than a professional theater (like the cultural center). However, I had a reserved front row seat, somehow, so that was good. The show began with some drummers playing traditional music. Shortly, dancers came out in traditional costumes and joined the spectacle. The costumes were pretty interesting and enjoyable to look at. Each act had a different combination of drummers, dancers, woodwind, and costumes. One act had a guy who spun and balanced plates. Another involved fire dancing. They were all quite entertaining, but not super professional. The dancers and musicians weren't always on beat with each other. One drummer with a great smile was talking, laughing, and just generally having a great time, while others had their concentration faces on or seemed new and lost. One of the fire dancers dropped his fire stick, and I didn't really get the point of the fire walking outside at the end. I was a bit upset to have paid the full price for the show, until I asked a few people coming out of the cultural center show how theirs was. It seems that theirs wasn't so much more professional. I enjoyed my dinner so much last night that I went back to Cafe Aroma. I felt comfortable ordering anything, even salad. The waiter recommended the stir fry with a spicy gravy, so that's what I ate. It wasn't super exciting (mostly rice, corn, carrots, and spring onion), but it was tasty. 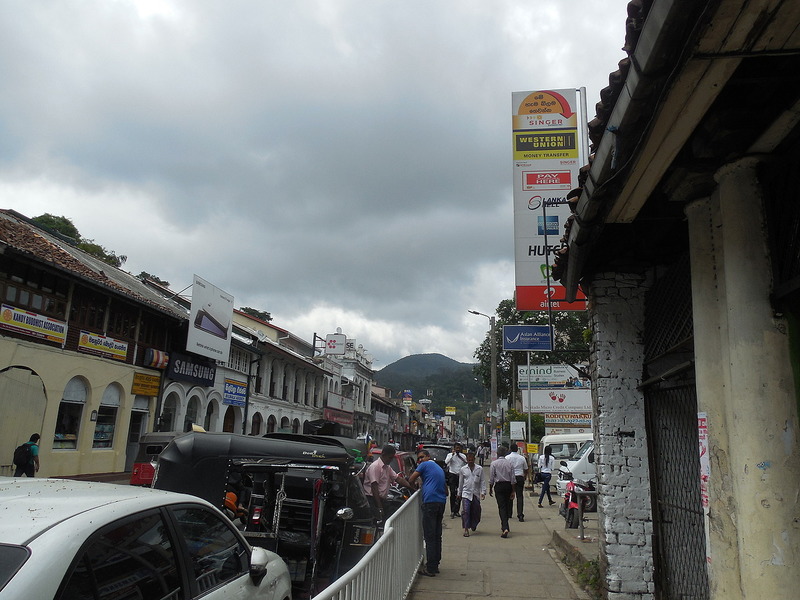 Kandy in the morning 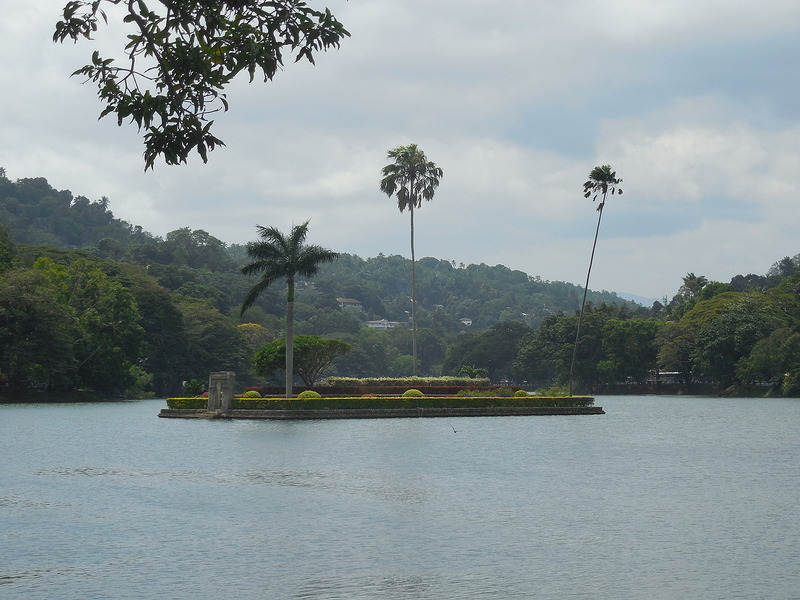 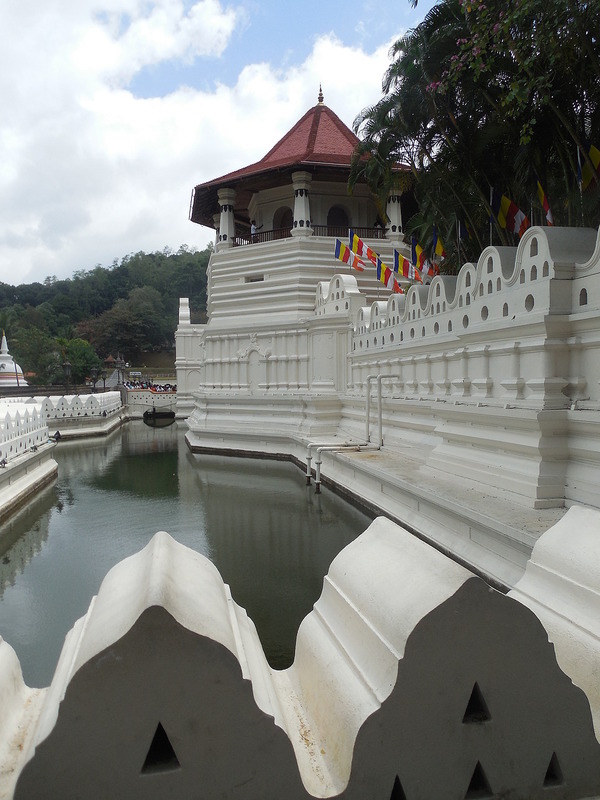 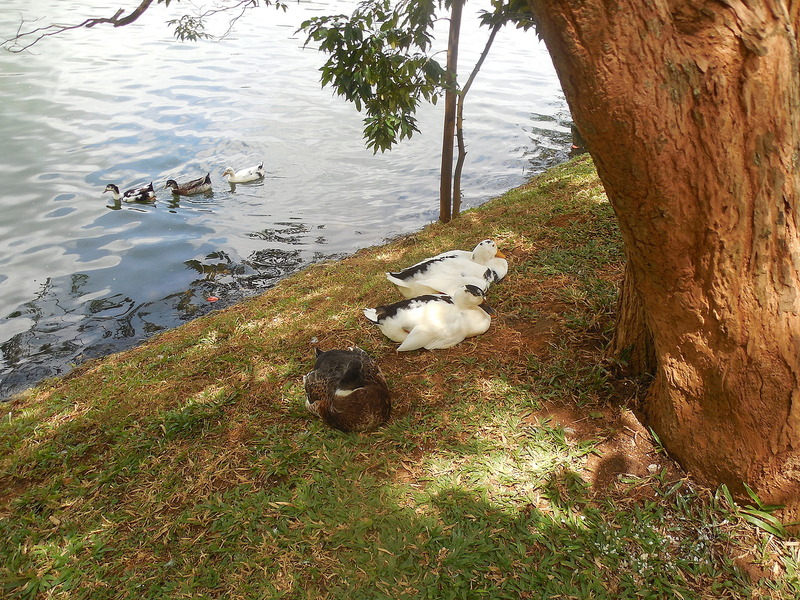 Ducks at the lake 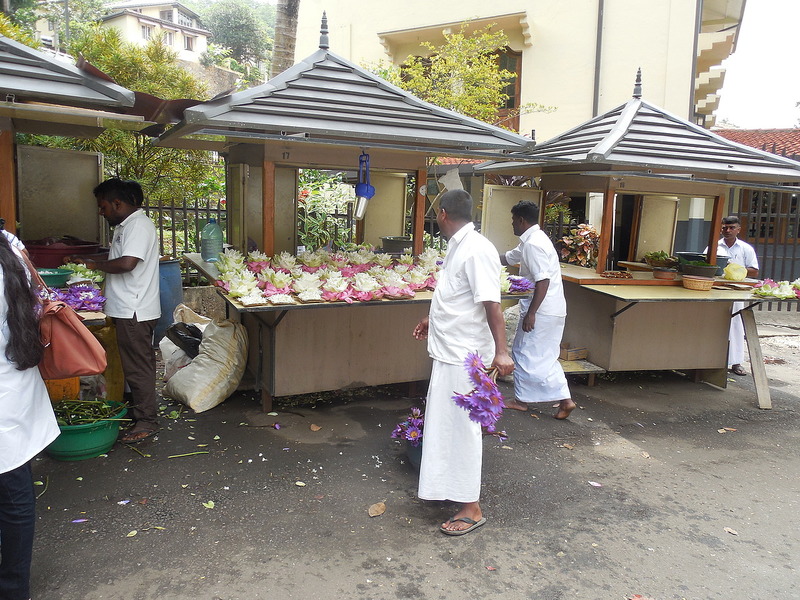 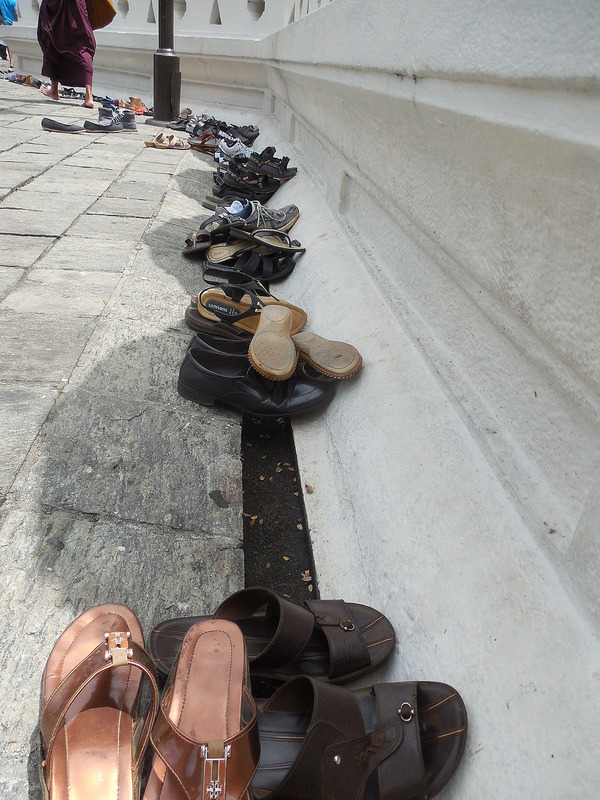 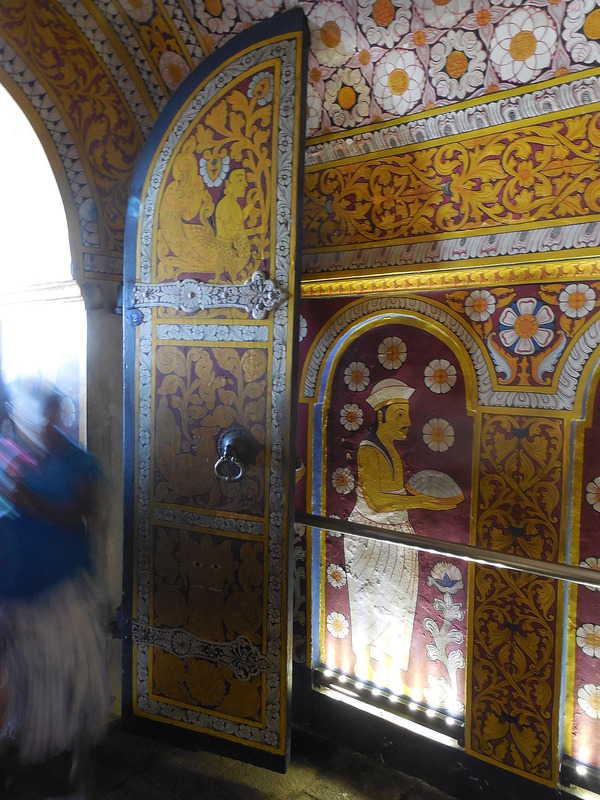 Paintings on the wall 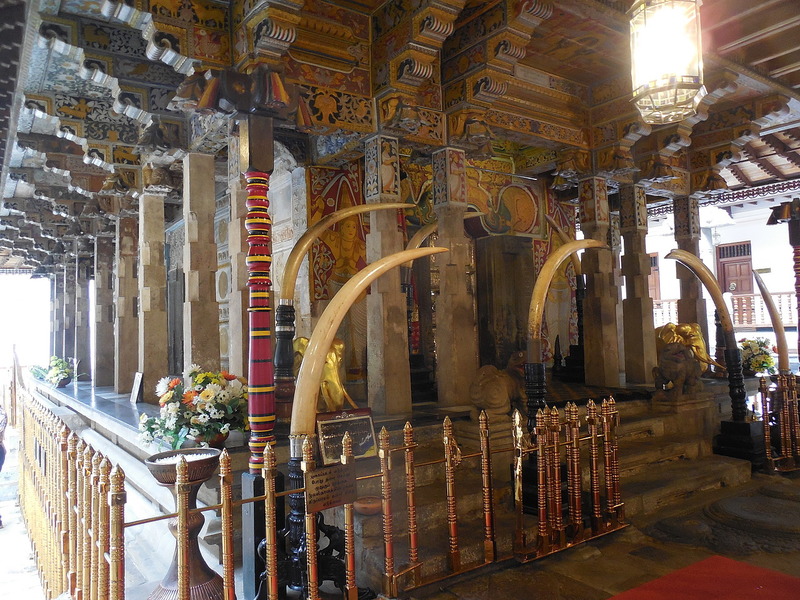 Inside the tooth temple 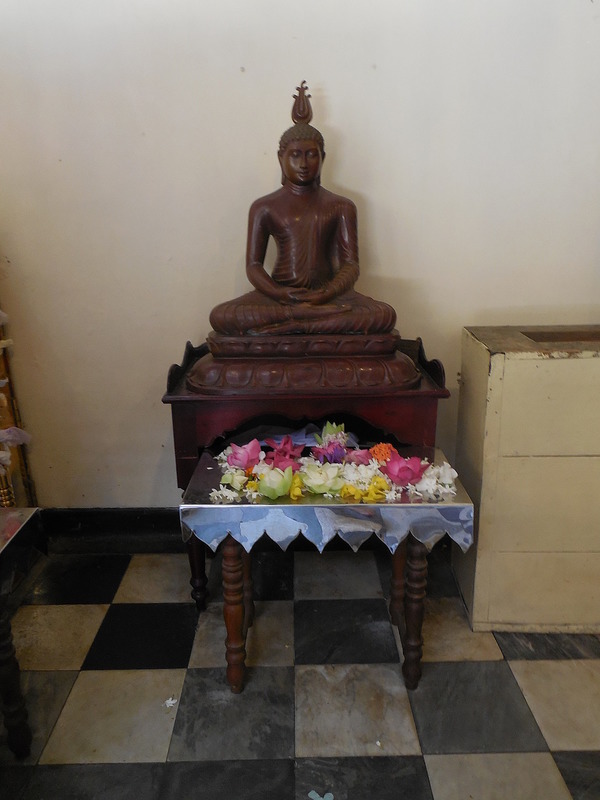 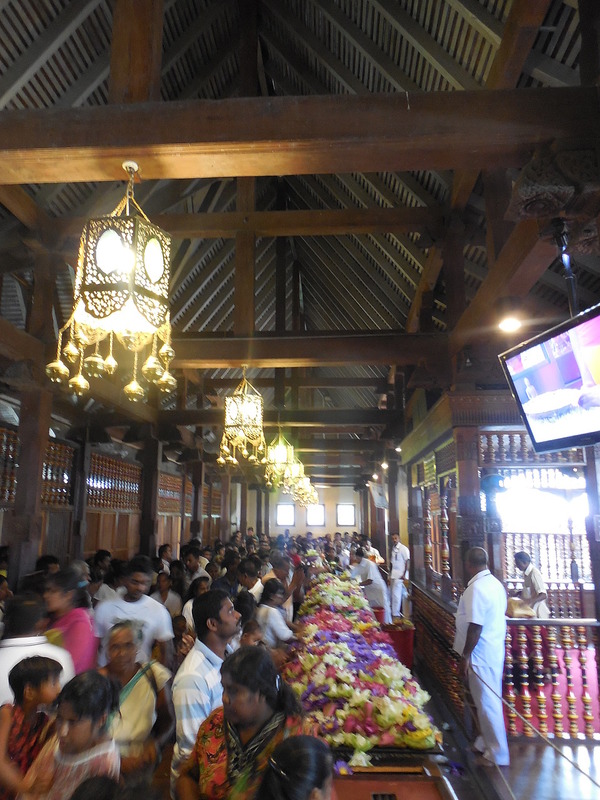 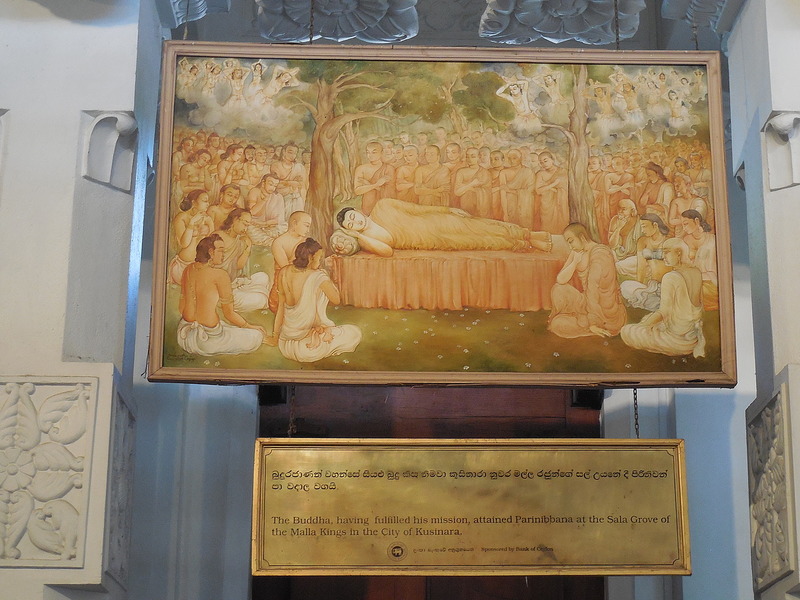 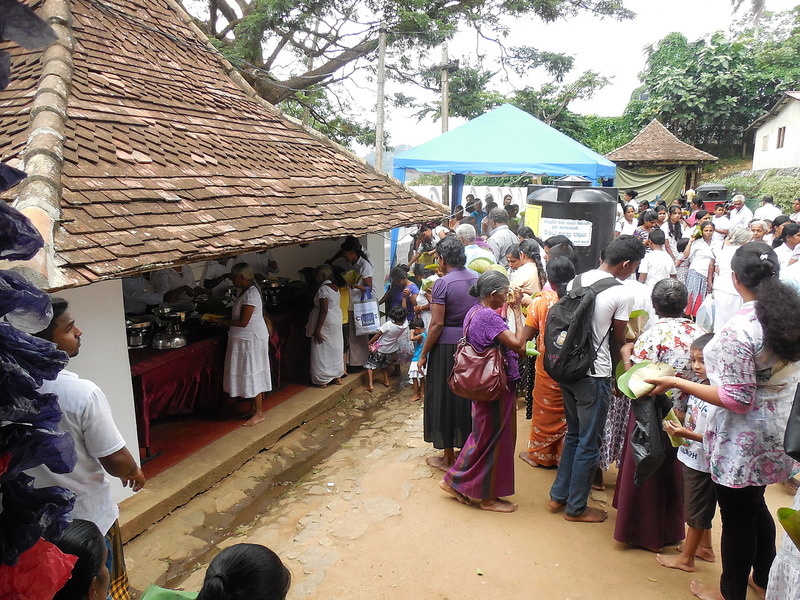 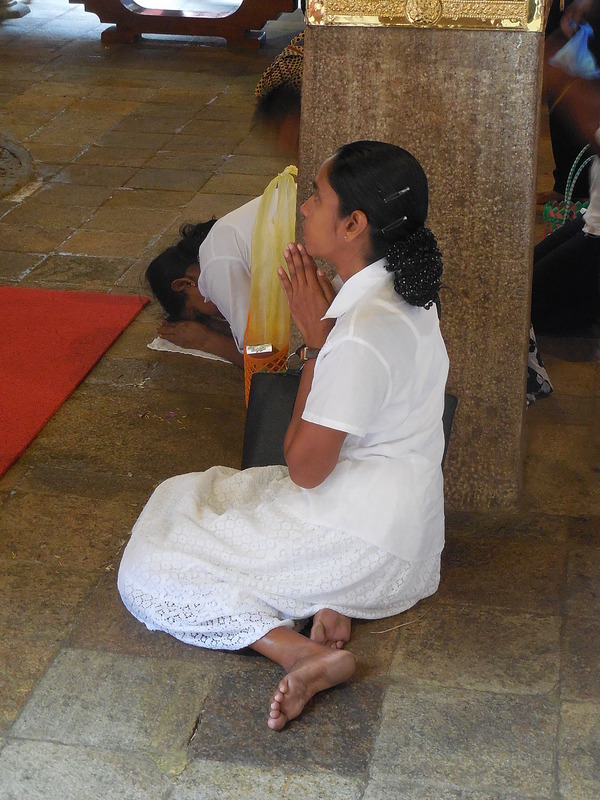 Girl praying at the tooth temple 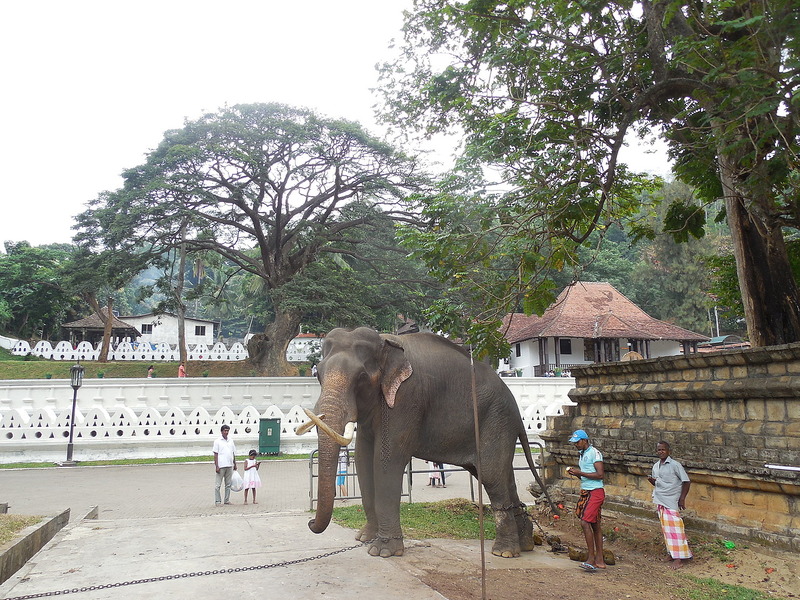 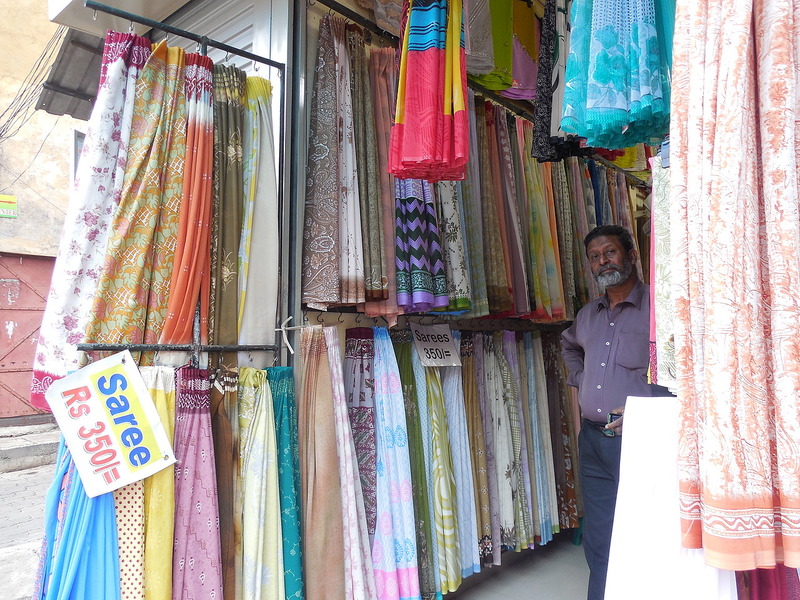 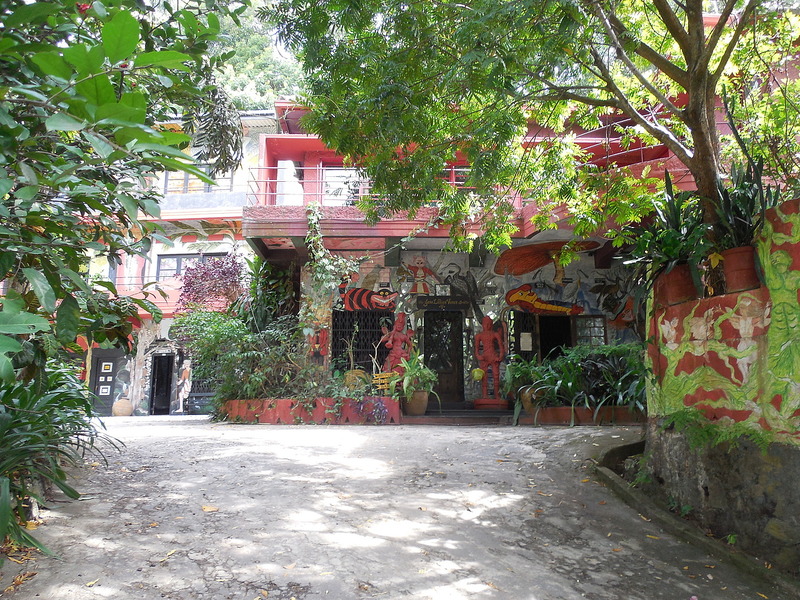 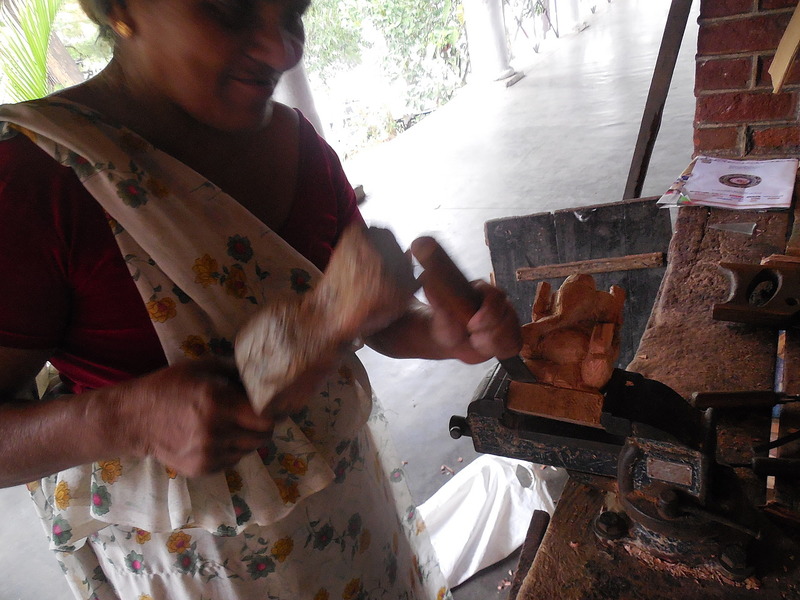