I'm still a tad sick, but my body keeps getting up nice and early, so I just listen. I grabbed some ok pastries for breakfast and went on to explore Diocletian's Palace and old town before most people were awake and the crowds start to hit. The architecture is amazing and old and it's easy to see how all of these buildings could have been part of a Roman Emperor's summer/retirement home. When I arrived at the Green Market, people were just setting up their wares. The produce looked jucy and plump, and I was very impressed by the zucchinis still with the zucchini flowers attached to them. The market, dock area, and surrounding streets were just starting to come alive when I headed back to the hotel to grab my laundry. I had meant to leave it at Hotel International the first time we were there, but since we got switched to the other hotel, I wasn't able to get it done there. It all worked out though, as the laundrette is very close to the hotel and is actually a very nice place- not shady at all. A lot of tourists have come in to drop their laundry for the day, but they have self- service for people who want to do their own. It's relatively cheap, very fast, and they have a little internet cafe with a printer for travelers who need to get some stuff done while their laundry runs. This is a great little find if you're backpacking through. Originally, I wouldn't have had time to do this now, but our boat trip to Hvar Island and Blue Cave was cancelled due to the weather. So instead of seeing them, we're seeing more of Split, the city. We met back at the hotel and went out to explore the old city, this time when everything was open. We wandered the back streets and took in the architecture, before exiting through the north gate and into the park.The Live Museum is located in that park and it is one of the most fun museums I have ever been to. First, we got to try on Roman armor- helmets, shields and all. It is quite heavy and it was difficult to imagine how fit the soldiers had to be in order to go tromping around in this all of the time. We practiced forming up and stabbing, giving us a real feel for how it was to be a soldier. So much fun!!! Then, we learned about archery and shot some arrows into the targets. I'm proud to say I got 2 bullseyes and the other 3 arrows weren't that far. Finally, we visited a spear shooting device that was super cool. This museum was more than hands-on, and I got a much better feel for Roman fighting styles than I ever have at any museum chock-full of artifacts. All museums should be like this one.

Next, we headed over to the main part of Diocletian's palace, by the cathedral. We climbed the steps to the top of the tower and looked out over the city. The steps were very steep and didn't really have enough room for passing, but somehow, everybody made it up and down. Nearby, in front of the Ethnographic Museum, we found a glass blowing demonstration. Again, watching this lady form mini pitchers was much more informative than looking at ancient glass artifacts in a museum. We watched the process from start to finish and I feel that I really understand how they made glass items. Lunch was a quick ice cream at Bobis. Bobis is like the Starbucks of Split. There's one on every block, and sometimes there's a Bobis across the street from another Bobis. While I admit that their ice cream and pastries are pretty good, I still think that's excessive.

After lunch, we wandered back into Diocletian's palace, this time to the basement. The basement, or lower floor of the palace has not been turned into homes and shops the way the upper floors have. They are a (pretty empty) museum about Diocletian and his palace. I'm not entirely sure that it was worth it to go down there as there's not a whole lot more to see than what you can see from the shops at the entrance. Finally, having been temporarily wiped out by a combination of getting up early, cold meds, and the cold itself, I went back to the hotel for a much-needed nap. After the nap, we decided to go up to a park that is on the north-west side of town. It was a few hundred steps just to get to the entrance, and then some ramps and more steps to get to the middle, where they have a really good playground. Since we were already there, we decided to just finish and make it all the way to the top of the mountain. In total, we climbed over 600 stairs, plus flat path, plus some pretty long and steep ramps. It was a nice hike. And the view from the top was worth it. We could see the water on all sides of Split and could see land that was quite far off in the distance. Dinner came from a restaurant near the hotel that had good spinach lasagne that didn't skimp at all on the cheese sauce. It was one of the better meals I've had since I've been on this trip, but still nothing to rave about. 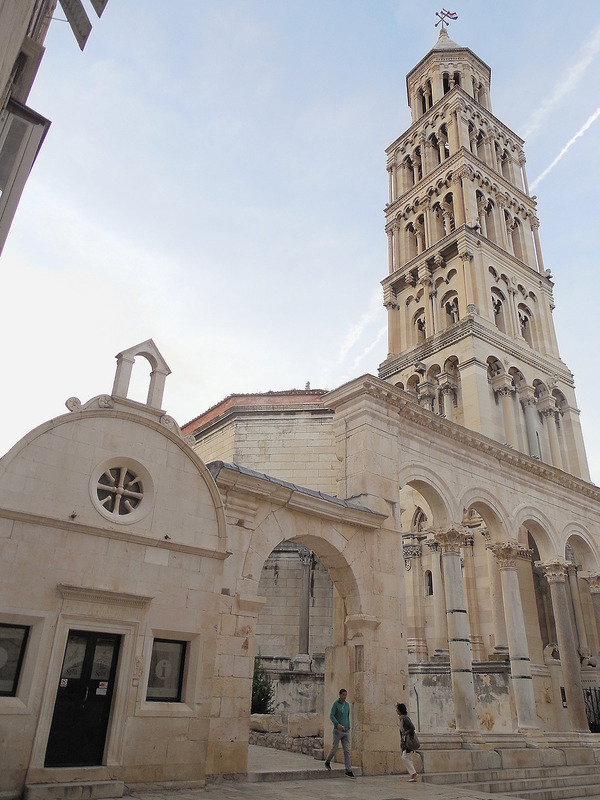 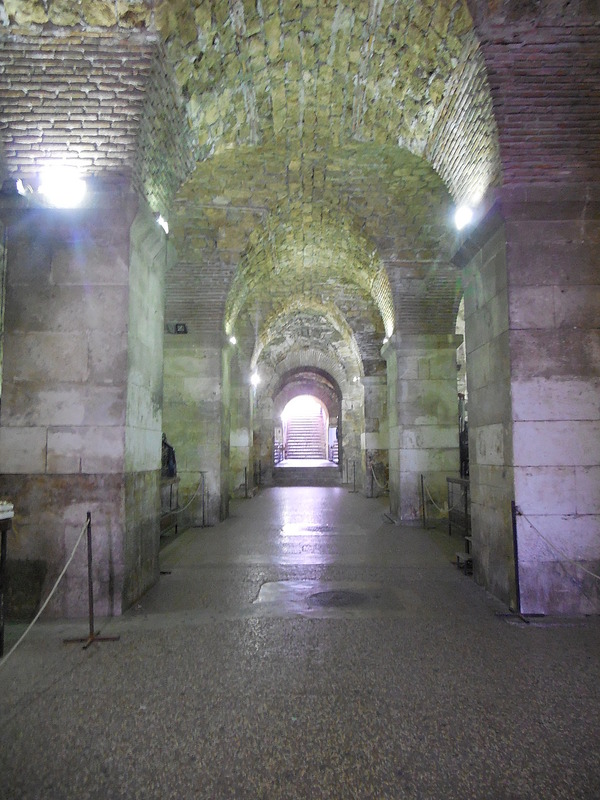 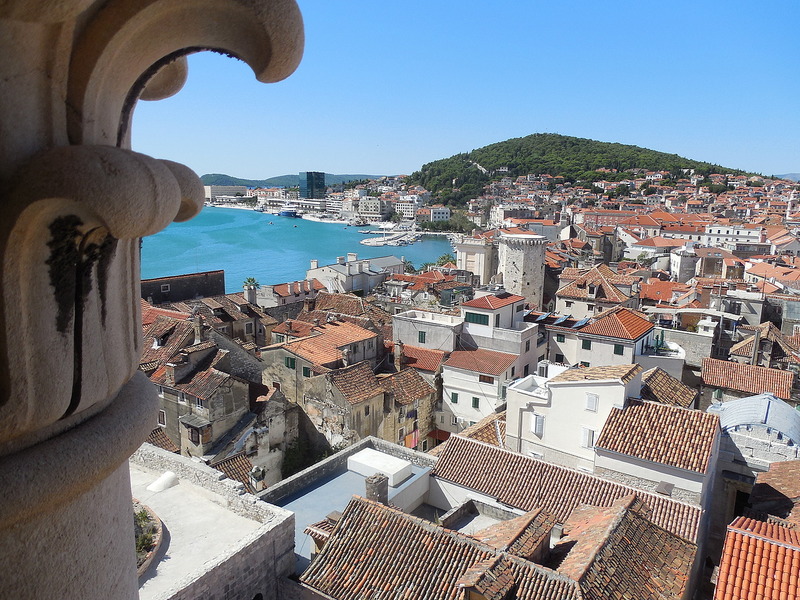 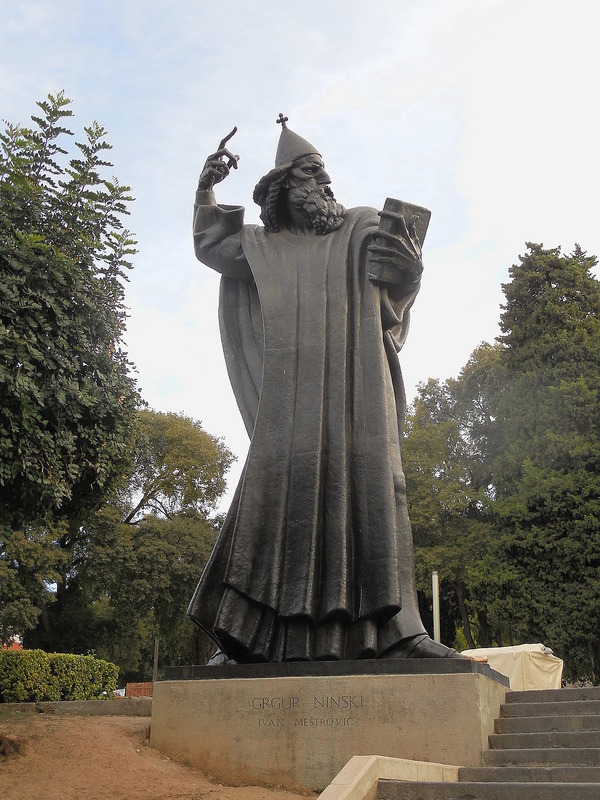 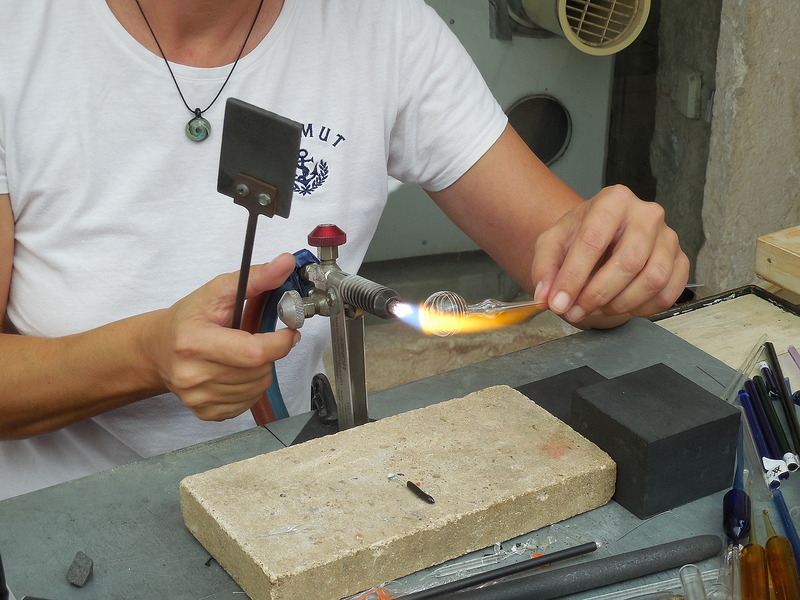 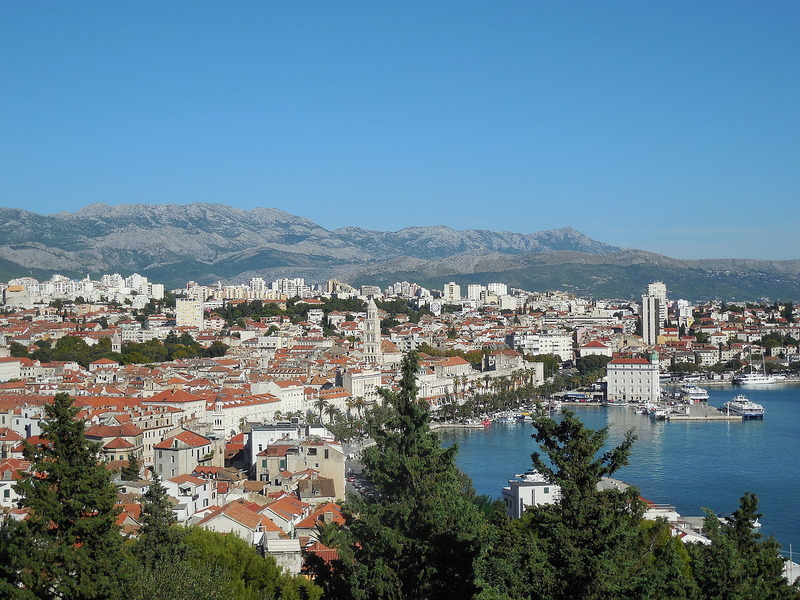 View from the park