I got up for breakfast- again, a 4-5 star ambience with 2-3 star food. I was satisfied. We got a late start, which I suppose is a good thing for people who just flew in from the states and might be tired, but for me it meant that I got a lot of homework and reading done in the hotel room while enjoying the lovely weather and views. We headed to Park Hotel, which is a bit closer to the bay, and dropped our luggage before heading to old town Dubrovnik itself. Out tour there started with one of the oldest pharmacies in the world in the Franciscan Monastery/Museum. The Franciscan monks here started the monastery in olden times and have continued running it to this day. In the olden times, monks used plants, mortar and pestle, and handwritten books to figure out what medicines to make. All of these are on display at the museum part. Today, pharmacy school graduates sell pills made by pharmaceutical companies, but the pharmacy is still in operation. It was also in operation as a hospital during the war, but despite posting a big "red cross" banner on the roof, it was shelled, like everything else in old city Dubrovnik. Here, we got our first information about what the 1990s war was really like. I can tell it's going to be a recurring theme on this trip. On an only slightly lighter note, we also saw the burial sites that the monastery contained. Rich citizens of Dubrovnik in older times would spend their life financially supporting some specific group of Catholics (Franciscans, Dominicans, Jesuits...) and then get to be buried in their respective chapels. One really rich guy even got his sarcophagus placed high on a wall, not just in the ground.

From there, our guide took us to the Rector's Palace for a tour of where the old-time mayors would live. They had a lot of mayors here, because every month they would change. The populace picked the council and each month, the council would appoint a new, rotating mayor. The mayor didn't really have any power, he just lived in the palace, greeted foreign dignitaries, and got a vacation from his crazy family for a month. At the end of the time, he was allowed to see his family again, go back to whatever he was doing before, and still have the honor of saying that he had been mayor. The last sight on our tour was Orlando's column. Its just a statue dedicated to a war hero- Orlando. But what's special is that in pre-SI system days, his elbow-to-hand length was used as a measure in Dubrovnik. Sort of like a foot, but different.

At the end of our tour, we needed cold beverages and lunch, so we just walked a few feet to the first cafe we saw and grabbed seats. I also made an ATM run for kuna. The guide had said that people take Euro almost everywhere, and my parents were planning on paying for everything with credit card, but I always like to have some cash on hand when I travel as I find that it comes in handy. I was glad I did, as when it came time for the bill, there was no place to leave the tip on the credit card (as there isn't in most non-USA countries). As for lunch, the burrata was pretty decent, and the rest of the food was good, but unremarkable.

Fully refreshed, and having discussed our plan of action, we headed to the closest sight to where we were- the synagogue. At this point, it is only a museum, there is not a Jewish community that still runs services. It was built in the older style, with the bimah in the center, and is small to begin with. I find it a little sad that they can't fill up a space that tiny. However, it was interesting to see the style it was built in and the artifacts that they have in the museum. From there, we attempted to see the Homeland War Exhibition, but it was closed, so we walked by the city hall and out towards the bay. The goal was to get to the Maritime Museum, as it had been recommended to us, but first, we ended up at the end of the city walls where people were swimming in the water and using the rocky area like a beach. The view was pretty great, so I'm glad we stumbled across that area. We finally found the hole in the city wall that brought us by the museum- it says "Aquarium" and leads first there, and then afterwards to both the Maritime Museum and the City Walls. The museum was interesting and had lots of great old maps showing the history of the Croatian maritime presence. Displays were in Croatian and English, and discussed the various pictures and items they were showing you. If you have a lot of time, it's maybe worth seeing. What was kind of more unique was the random guillotine that was standing in somebody's "yard" nearby. From there, we headed over to the Ethnographic museum. On the way there, we had to walk many streets that had stairs in the middle of them, like in Cuzco, Peru. These were streets made for people and maybe donkeys, but certainly not carts or automobiles. We arrived only 10 minutes before it closed, but that's really all the time we needed. It was interesting to see the different styles of roofs- thatched, concrete tiles, ceramic tiles- and to see the different lincoln-log style joints used in making traditional houses, but there wasn't a whole lot more to see. At this point, we were hot and tired again, so we made a quick stop for some pretty decent ice cream on the way out the Ploce Gate. They don't raise the drawbridge any more, but all of the mechanisms are still there, and I suppose that they could, if the had to. The city walls are very thick and did a great job defending the city against spears and arrows in the past. It did defend somewhat from the modern missiles that were lobbed its way in the 1990s, but a lot of the projectiles were coming in over the wall. After we took the cable car to the top of the mountain (great view), we learned all about Dubrovnik's role in the war in a Napoleonic fortress-come war museum that is at the top of the cable car path. The museum is mostly what I call a "book museum" in that it was a book somebody wrote (in Croatian and English) on the walls. It was a book with a lot of pictures (most of which were inexplicably in black and white), but it was still basically a book, as there were few artifacts other than old shell casings. To be fair, it was a somewhat interesting book about how the "Aggressors" (aka Serbia and Montenegro) invaded a sovereign nation and bombed them. However, the highlight was a video showing new reports from the 90s that showed what was going on and the world's reaction to it at the time. What I learned about the war today, in brief: Slavic countries were tired of being conquered by everybody else (Greeks, Romans, Ottomans, French, Austrians, etc), so they banded together into Yugoslavia to be stronger. After Tito left power, many of the formerly separate countries decided that they'd rather go back to being separate and stop sending their money to Belgrade. The countries exited, but the Serbian government wasn't really a big fan of that because that meant that they lost income and sea access. So they tried to make the internationally-recognized new countries either rejoin to form a large Serbia or at least give up land to them if even a tiny portion of the land had Serbian nationals living there. (By that logic, they should have invaded the US and other countries.) The Croatians weren't big fans of this and didn't want to rejoin, so they resisted. Then, the armies of Serbia and Montenegro tried to force them to give land to Serbia via shellings, bombings, and war. (The Serbian and Montenegran royal families were working together because they had married their kids together and so were friendly.) The war only ended when a peace treaty was signed in Versailles. 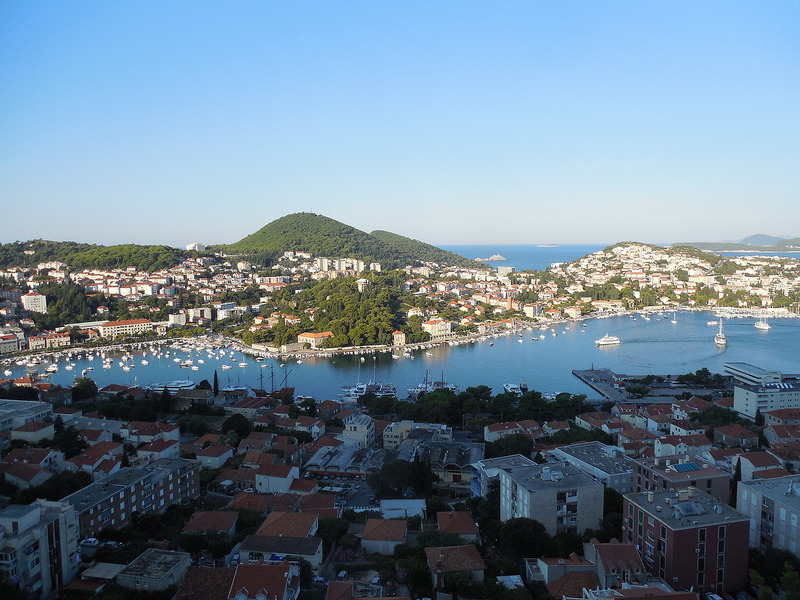 View of Bay from Hotel 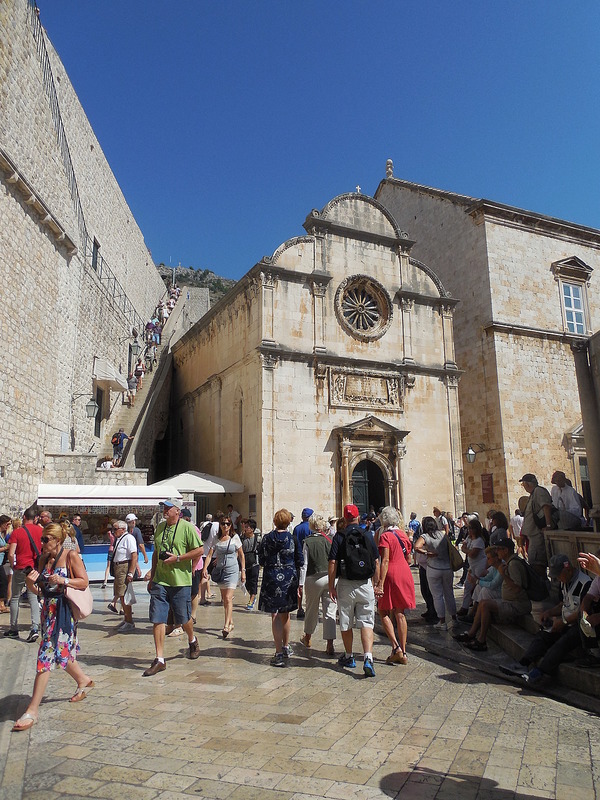 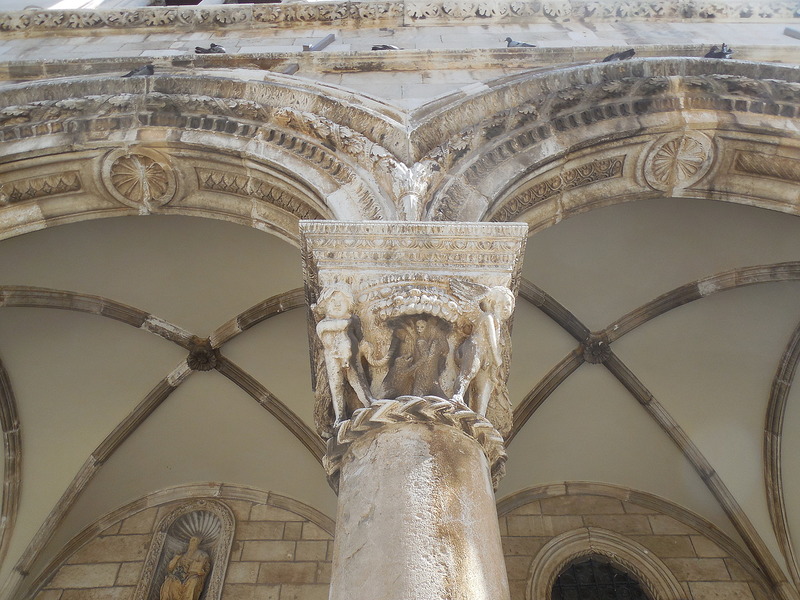 Column at the Palace 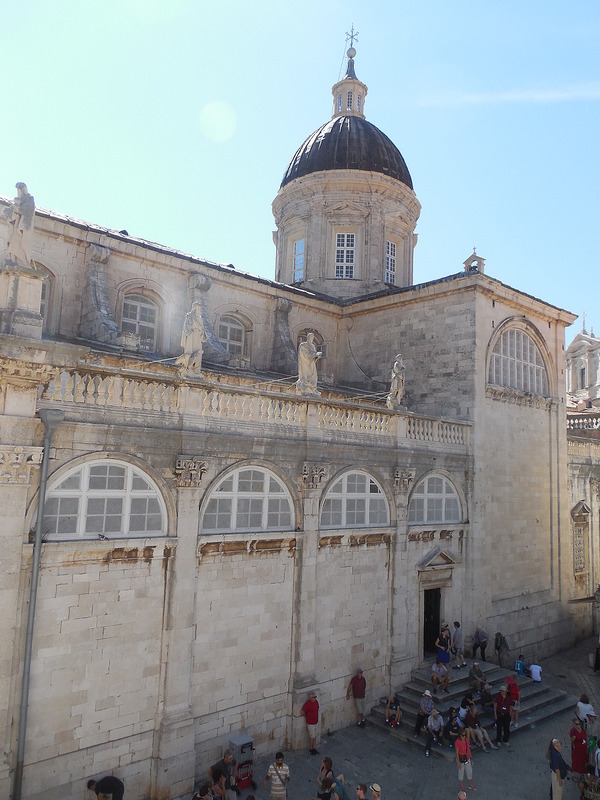 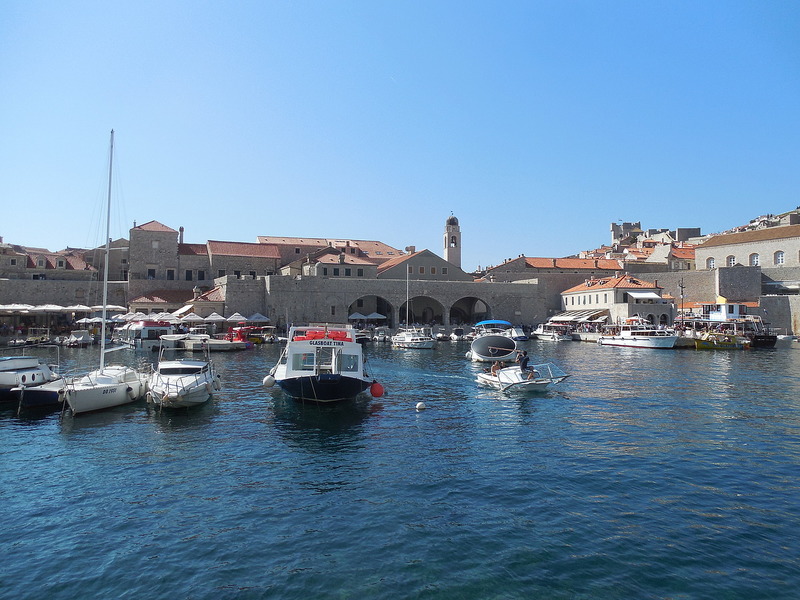 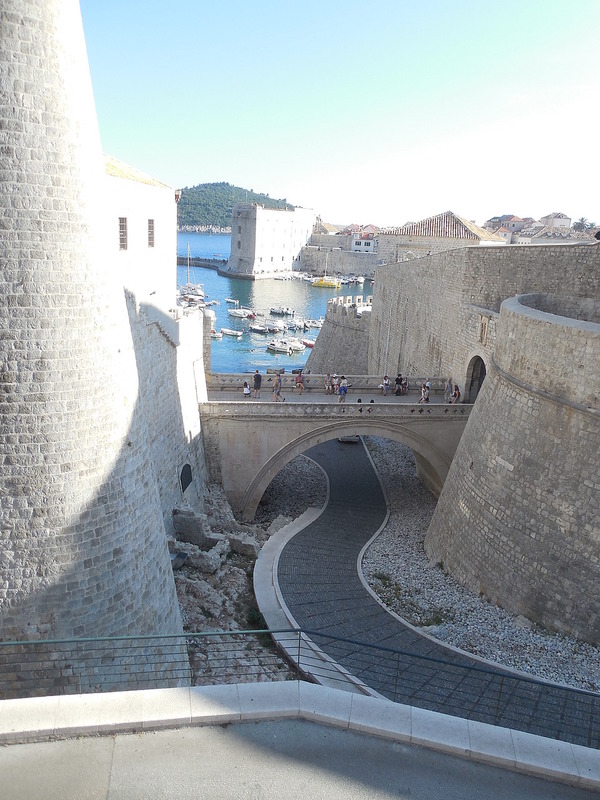 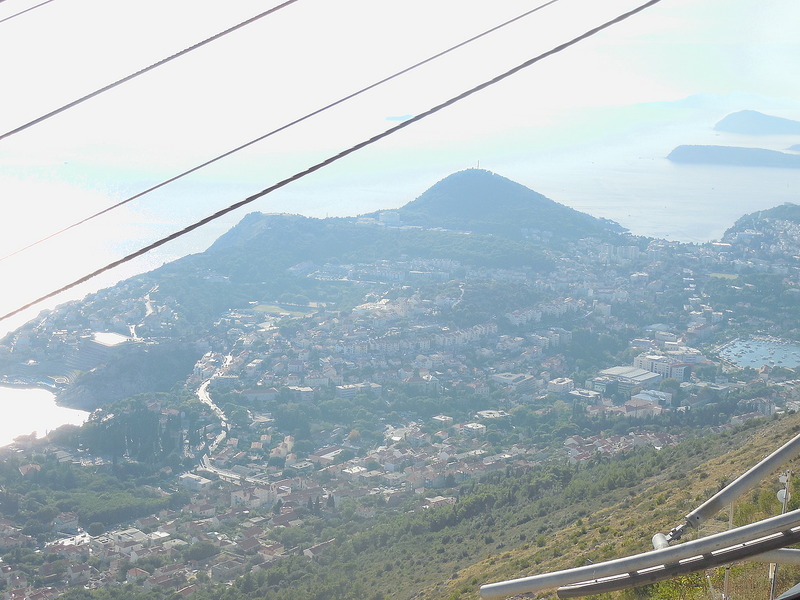 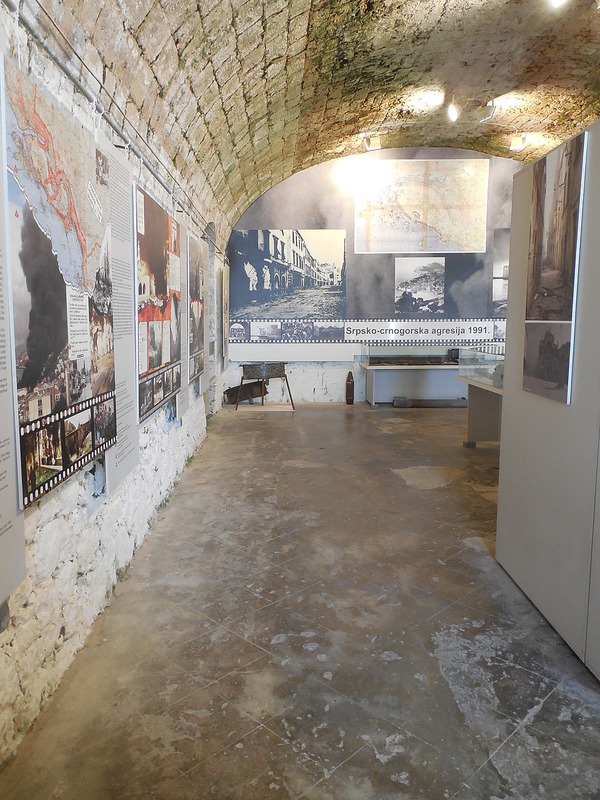