At 6pm, the 365 organization runs a free tour of Sofia. They call themselves that because they run the tour every day, regardless of weather. Our guide, Slavyan, was amazing! The tour was more than worth the time and certainly more than worth the price. (Plan on leaving a nice tip because you'll love the tour.) Slavyan was funny and did a great job of sharing the history of Bulgarian and Sofia with us. He had great stories about the city that made all the places I had just seen on my own seem entirely new and different. I don't want to ruin it for you, so here are just some of the highlights: You'll notice that banks in Sofia all have little balconies on one door. That is the office of the head of the bank. It's not just a nice benefit for the good times. It's also his way of saying, "you can trust me with your money. If I lose it all, I'll jump off this balcony." So, they're called suicide balconies. The place where you can stand and see a church, mosque, and synagoge, all around the same spot is nicknamed "tolerance square." I was really impressed as a whole at the Bulgarian acceptance of others. They have a history of this, as they were one of the only countries that had some German control that were able to save all of their Jews from the Germans in WW2. And when we were by the St. Nedelya church, we were told of why the roof is newer than the rest of the building. Tragically, they had a large terrorist attack that was a convoluted attempt to assassinate their king (maybe a hundred years ago). The plan was first to assassinate some generals. Then plant a bomb in a church where the funeral was being held. When the king was at the funeral- BOOM. Step 1 went off so well, I'm not sure why they didn't just target the king directly instead of the generals. They didn't get to just 1 general, but several. Step 2, planting the bomb, worked well because they were able to get a church insider to lace the ceiling with explosives. The only problem was that step 3 was executed while the king was still on his way to the funeral from the other funeral caused by the excessive success of step 1. So, instead of assassinating the king, the terrorists just killed hundreds of Bulgarian mourners. Go on the tour to hear these and more stories. I promise you'll have a great time. At the end of the tour, I asked our guide where to go get some good Bulgarian food. He recommended a great place, Izbata, not too far from where the tour ended. I would have never found it myself as it's tucked away in a basement, but the food there was great. I ate with some people I met on the tour who were on a "family history" research vacation, and they were able to tell me about all the traditional Bulgarian dishes that they grew up with. But I don't know if the dishes would turn out the same elsewhere. At the restaurant, the tomatoes were extra tomatoey, the peppers were so flavorful, and the cheese was different than cheeses you can get elsewhere. I feel like they must have grown up with a poor imitation of Bulgarian food. As I walked back to the hostel, I noticed a lot of people out, enjoying the nightlife. I considered going on one of the pub crawls, but decided that tomorrow night might be a better night for that. 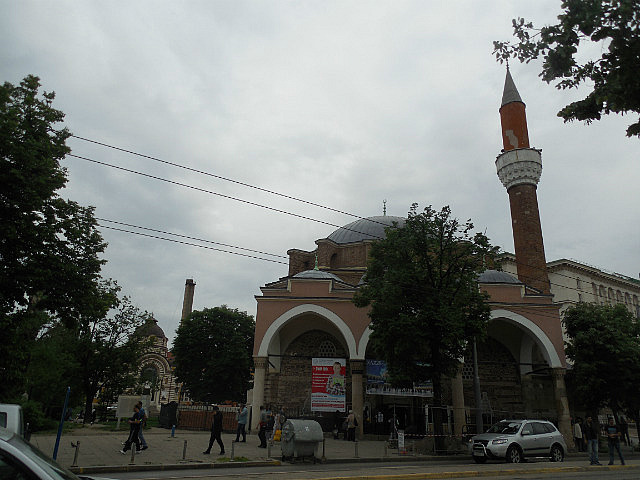 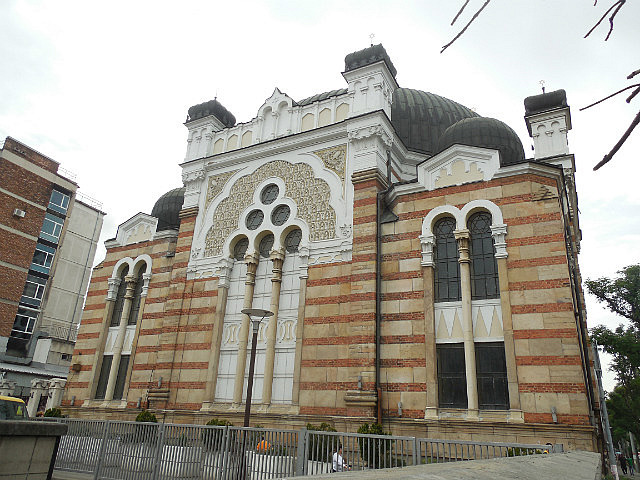 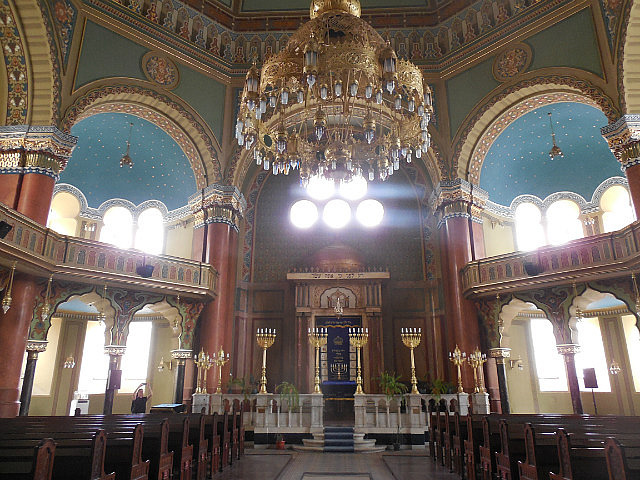 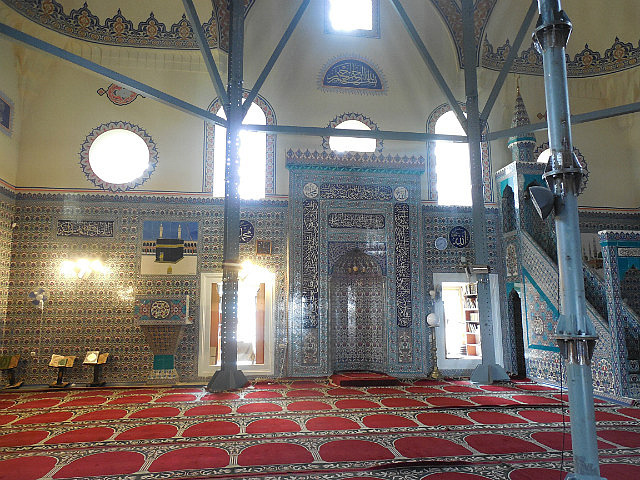 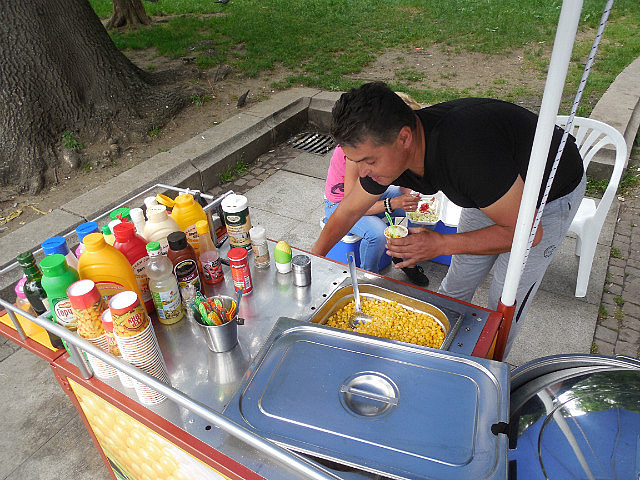 Corn in the park 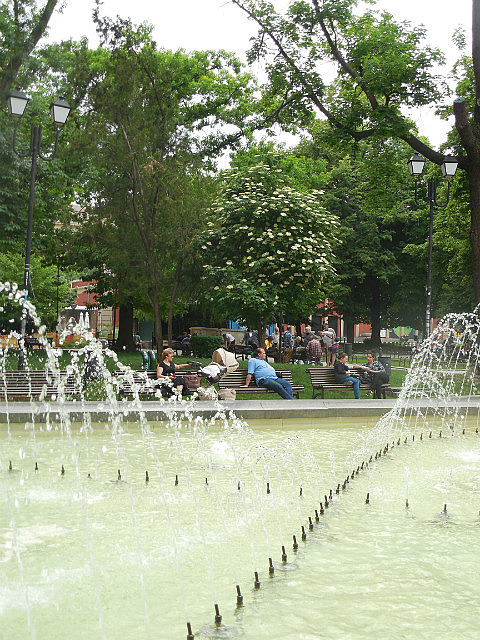 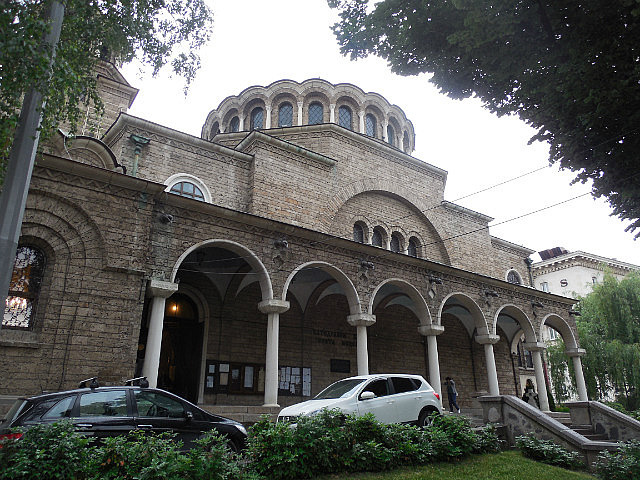 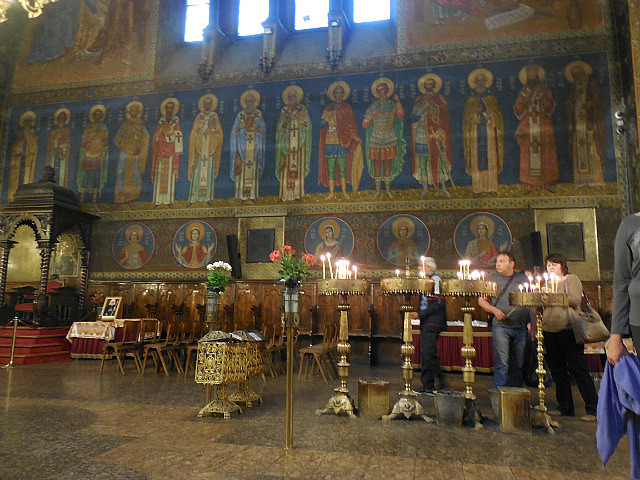 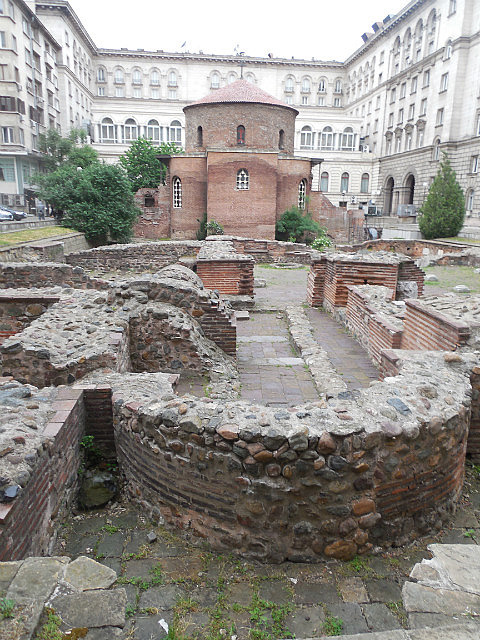 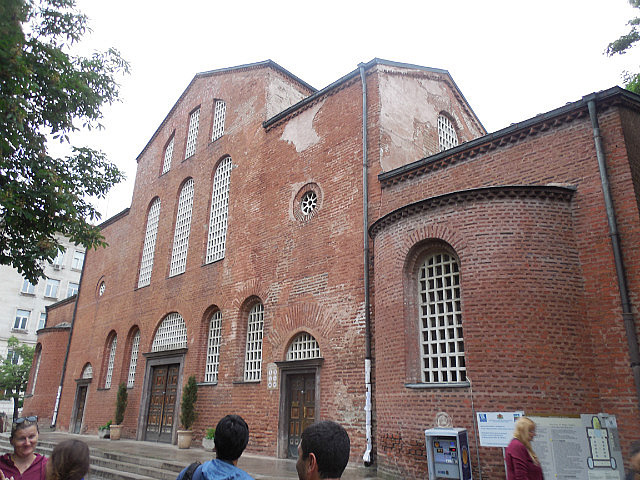 Posted by spsadventures 16:00 Archived in Bulgaria