Not quite Europe, but still a nice vacation

So this isn't quite Europe, but it was a vacation day. We started off the morning with breakfast at Ruth and Chick's in Annapolis. It's this little family-owned diner right across from the statehouse. When you first walk in, you notice that one of the tables is roped off and says "governor's office." Apparently, a lot of politicians, including the governor, like to pop over for food. There are even a bunch of meals named after various local politicians and other people. We got there for breakfast, but could order anything on the menu. My friend got french toast- very breakfasty, but I went for the mozzarella sticks and broccoli baked potato- perfect for 9am. Then came the awesome part. They are known for their pies and as this was a birthday vacation, I had called ahead and ordered some oreo pie. We got this huge, delicious piece. Even working together, we couldn't finish it. But it was so good. I get why people rave about their pies. Half in a food-coma, we headed across the bay bridge and over to the Chesapeake Nature Center. We rented kayaks from the nicest bird-nerd lady. I love how incredibly passionate she was about birds! She was able to tell us exactly where to paddle in order to see everything, and told us what birds lived where. She was a lot of fun. We went down to the kayak area, pulled our boats off the rack, and set off. The wetlands were very calm and we were the only ones out there until about the time we decided to turn back. It was extremely relaxing to be on the water, in the sun, surrounded by the sounds of nature. We saw all sorts of different birds, but heard even more than we saw. After enough time chilling on the lake, we were fully refreshed and ready to stop sunburning. We pulled our kayaks out and headed ovedr to the raptor sanctuary part of the park. There, we admired the owls and other birds they keep in large cages. I feel like a bad 90s "free bird" joke goes here. Maybe: like a free bird, we got back on the road. We went just across the Talbot county line and stopped at the Wye Mill. The museum was supposed to be open, but the door was locked and knocking didn't do anything. We took a look around, although with the museum closed, there wasn't so much to see. Just up the road, we also visited the (new) Wye Oak. I remember learning about the Maryland state tree in 4th grade, and am a bit sad that I didn't get to see the original before it died. The roots that were left behind were huge, and I'm sure I can't imagine how huge it must have been. From that disappointing site, we drove north towards our next stop. The plan was to get some food on the way, but we were so full of breakfast pie and so dehydrated from the time on the lake that we weren't really that hungry. As we started to see signs that we were getting close, it occurred to me that hiking on an empty stomach might not be the smartest idea. So, we pulled over at a random pizza place for a 3pm lunch. Next, was a short hike to Turkey Foot Lighthouse. We knew the lighthouse itself wasn't open, but wanted to do the hike and see it from the outside. We discovered that it has a cool view of the ocean below. As we wanted to do as many things on the "Maryland Bucket list" as possible, the plan had been to stop in Baltimore for crabs on the way back, but having just forced ourselves to have a 3pm lunch, that wasn't particularly appealing at the moment. I guess the moral of the story is that Ruth and Chik's pies can really fill you up! We made a quick stop in the park by the Gaithersburg Arts Barn, and finished our Maryland day. 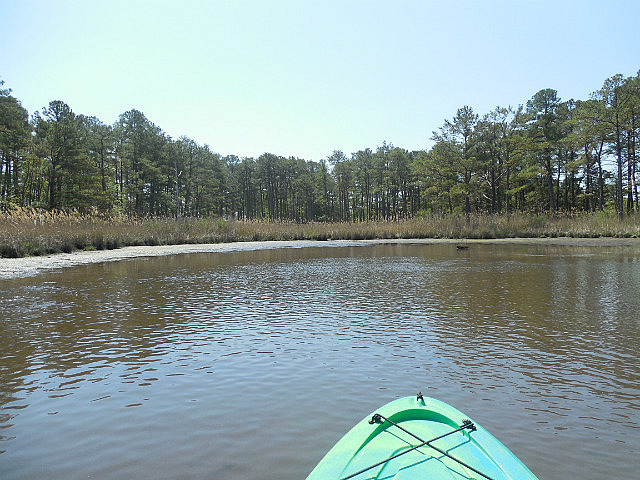 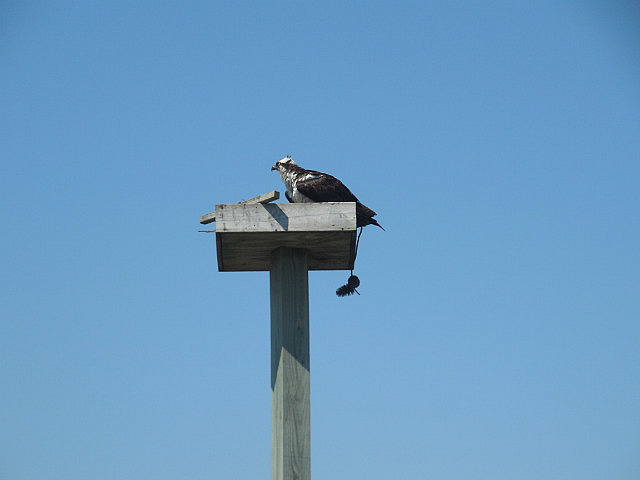 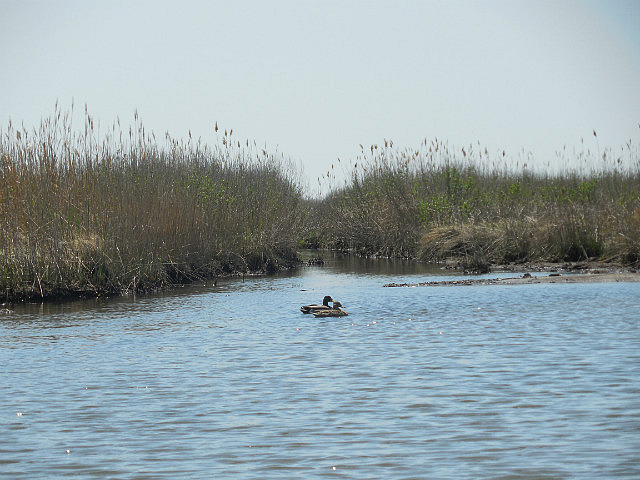 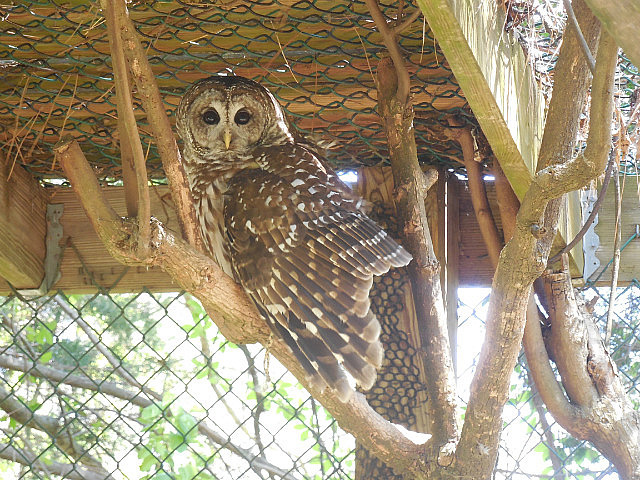 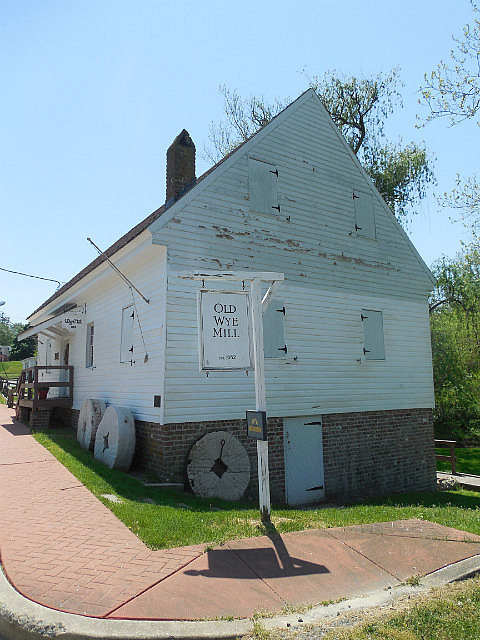 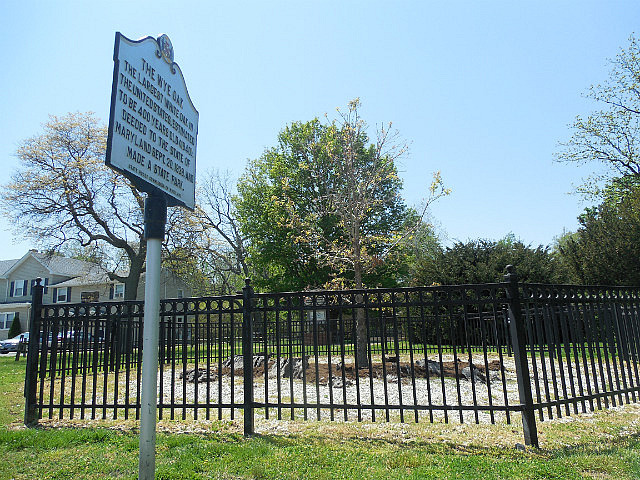 Where the Wye Oak was 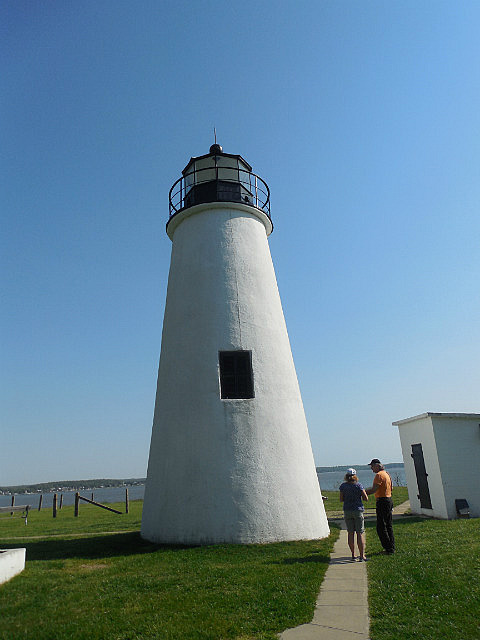