The scenery in Port Douglas, where the boat left from, was pretty amazing. You have not only a great view of the ocean, but a great backdrop as the mountains come right up to the sea. We enjoyed the scenery as the Quicksilver VIII (the boat) brought us out to the reef.

They have this pontoon boat platform thing out there. It has some underwater viewing chambers where you can stay dry, but still see some of the fish from under the water. It was also the takeoff point for all of the excursions. They had snorkeling, but I didn't really have any time to do that. Why? Because I SCUBA dove!

I don't have any digital pictures I can post because the SCUBA camera I specially bought for this trip flooded. However, I fortunately did two dives (about 40 mins each) and so I was able to bring a disposable analog underwater camera on the second one. When I get home and get the pics developed, I'll scan and post.

The SCUBA dive was amazing. Thanks to SCUBA Tank Dave for teaching me. We got to wander around this underwater landscape, guided by our divemaster. She pointed out all sorts of neat things- something eel looking here, some huge fish there. We even got to pet a few fish. She showed us where to stick our hands to get this giant (several feet across) clam-looking thing to close. We even got to touch some type of coral-like thing that looked like moldy yellow spaghetti, but felt soft like velvet. The colors, although muted by the depth of water, were still amazing.

There were orange corals, yellow corals, corals with bright blue tips. There were one fish, two fish, red fish, blue fish. There were Dori fish, Nemo fish, and tons of other fish I don't think I've seen before. We saw entire schools of tiny little fish hovering over coral, schools of large fish that we accidentally startled, and even fish that were eating.

Being just inches from all this marine wildlife was truly magnificent. I just wish I could have taken more pictures and that I could see them already.

I now know why SCUBA diving the Great Barrier Reef is one of those "Bucket List" things for so many people. I would love to do it again some time.

When we got back to Palm Cove, we headed out for dinner. We ended up at this place called Cafe De Lema. It's pretty cute. The food was great though. The service was good as well. I had some homemade gnocci that was definitely some of the better gnocci I've had in my life. Mike thought his meal was the best meal he'd had on the trip. We got talking with the people at the table next to us. It was their second time going there in two days because they thought the food was great too. I highly recommend the restaurant. 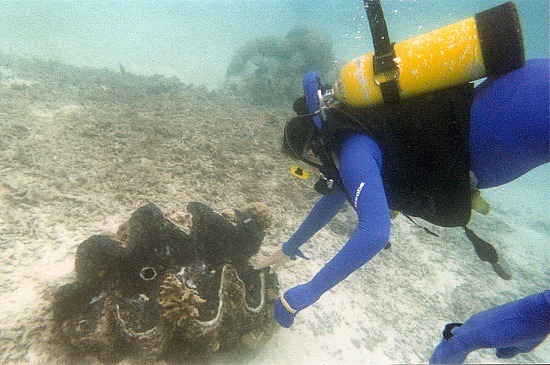 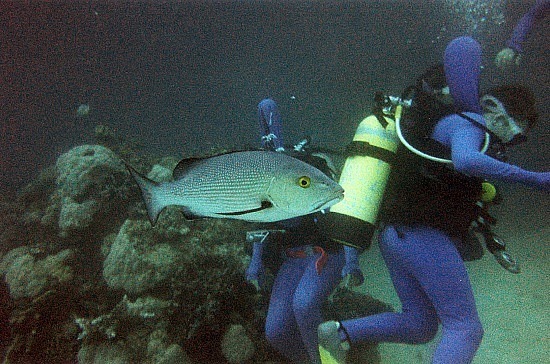 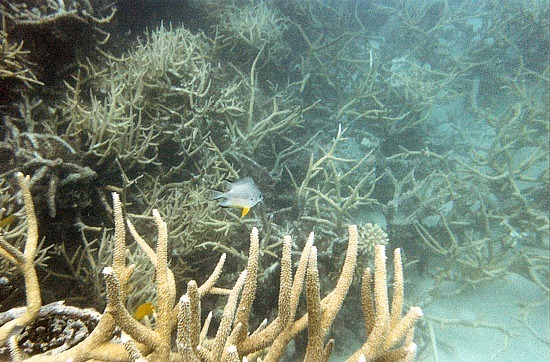 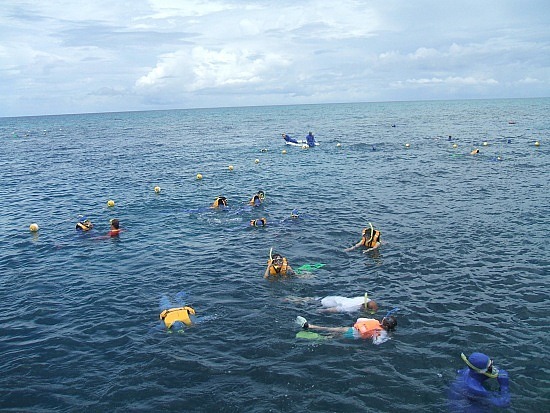