Taste of the Valley

This week was "Taste of the Valley," an annual event in the Yizrael Valley. There were a ton of events. Today, we went to the event in Zarzir. We arrived at a time when the streets were being blocked off by the police. We parked one village down and walked to Zarzir. When we arrived, we just caught the beginning of a small parade. Three different groups of kids were in the parade. The first group was a school marching band. They only had percussion, no other instruments, but they were actually pretty good. They were waving the Israeli flag, the Vatican flag, and a local flag, so I'm guessing that they are a Catholic school group. In the second group, the girls were wearing head covers, so they could have been a Muslim school group, I'm not entirely sure. The last group of kids was carrying the Israeli flag and a local flag (in Hebrew and Arabic), and seemed to be wearing scout uniforms. They were also a drum band. For those not acquainted with the intricacies of Israeli groups, these paraders were what many people would call "Arabs." They are Israeli citizens who are not Jewish, and very likely speak Arabic at home (perhaps in addition to other languages or not). These people were voluntarily waving the Israeli flag, not the Palestinian flag. These are people who are living in peace with their neighbors. Perhaps they are even happy to be living in a democracy that allows them to practice their faith, unlike so many other countries in this neck of the woods. This is what the average Israeli (regardless of religion) supports. Given the worldwide climate these days, I was uplifted by seeing reasonable people behave reasonably.

The people at the festival were also a mix of Israelis. I heard plenty of Hebrew and Arabic spoken. The food part of the festival was somewhat limited. There was a small area where about a half-dozen vendors had set up stands. One sold popcorn. Another sold cookies. One was selling toys, which didn't seem right for a food festival. One of the stands was freshly-squeezing orange juice. I don't know where she got her oranges from, but it was the sourest orange juice I've ever had. It was almost more like lime juice. It was delicious! Another few stands had typical Israeli food. We had some amazing stuffed grape leaves there, and there were plenty of other lunch-type foods to try.

By the time we were done watching the parade, wandering the main street in Zarzir, and tasting the food, the police had opened up the street again. Because of the festival though, the traffic wasn't moving faster than we could walk, so it turned out ok that we had parked one town down. 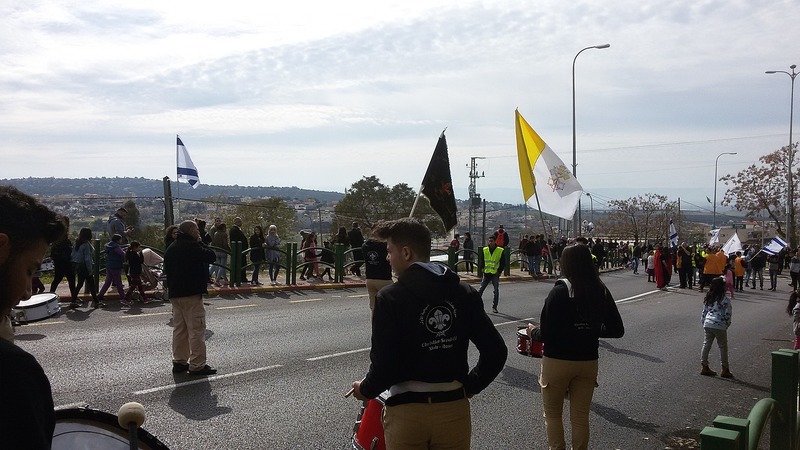 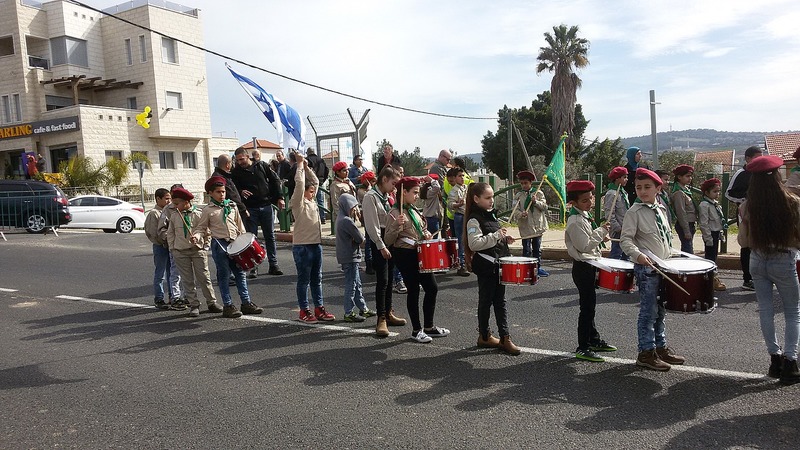 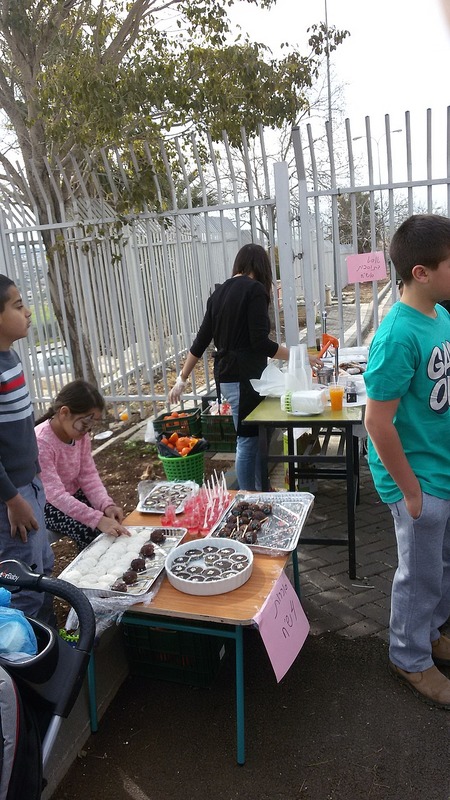