We started our day of touring by the Spanish steps. Unfortunately, they were blocked off for some sort of construction, so we didn't get to use them, and nobody could even sit on them.We passed interesting fountains and sculptures as we wandered the wet streets, until we happened upon the Palazzo Barberini, which houses the National Gallery of Antique Art.

Half of it was closed, but they still made us pay the full 7 euro to get in. I did enjoy the building a lot, but possibly not 7 euros worth. The building is a majestic stone palace, with arches, some columns, and big wooden doors. I loved that the handle on each door was in the shape of two cherub heads with wings. Almost all of the rooms had a similarly interesting ceiling. They generally consisted of some carved fancy edging around a massive ceiling mural. Because the symbol of the Barberini family was the bee, many of the ceiling murals and the edging pieces were full of bees.The other themes were typical of the 1500s-1700s: Madonna with child, Jesus on the cross, Saint so-and-so, bible stories, and Roman gods. Some of the works were by famous artists- El Greco, lots of Caravaggio, and others, but other than one guy on one ceiling who was just chilling there, wearing nothing but a hat, I didn't find any of it particularly interesting. What I did find interesting was the architecture and wallpaper. The wallpaper wasn't really paper, but some sort of embellished, gorgeous cloth, painstakingly stitched together and glued to the wall so that the intricate pattern matched up perfectly. And the building itself was quite detailed.

From this serendipitous stop, we headed to the square with the 4 fountains. It's a Rome landmark and is on the tourist map, but it's really just a street corner with amazing art. The fountains are accessible, so you can get up close and personal with old art, but there are so many other fountains in Rome, that I'm not 100% sure why these ones were singled out. To be fair, they're quite detailed, and in any other city, I would understand why they were on the map. But here, they don't stand out any more than any of the other fountains, at least to me.

We took a quick look at the city below from the Presidential palace, and then got our first Italian gelato. Delicious.We sat on some steps and stared at Trajan's column as we ate. The column is basically a rolled-up long scroll telling the stories of Trajan's conquests. It was once painted in bright colors, but it's hard to imagine that now. Instead, we just tried to figure out what was going on in the “book.” Since we were already in the historical area, we continued on to the Vittorio Emanuel monument. Here, we learned a bit about the military history of modern Italy, and climbed to the top for a view of the city. The guide book said that the statue's moustache was huge- something like 5 feet long, but it didn't look it from any point up the monument. &shy;By this time, the effect of the gelato had worn off and we were hungry. Even though we were in the touristy area, we were able to find semi-reasonably priced homemade pasta.

Finally, we headed to the forum. Like the other spots, this one was full of tourists, although I would really use the word mobbed.Here, we turned on the Rick Steves audioguide and followed it through. It added so much. Without it, there's just a bunch of ruins. With it, there's an ancient Rome that comes to life, impressive buildings with meaning, and stories that give context to what's on site. I recommend listening to the (free) audioguide to get a good understanding of what you're looking at, what ancient Rome's culture was like, and what it meant to be a vestal virgin. One of the best ideas the people who run the place had was in a church on-site. It had walls that were partially painted, and partially destroyed. But, they illuminated the destroyed part with lights, so that you could see what the whole wall would have looked like in its prime- very clever. We continued our tour of ancient Rome by climbing the 150 steps up to Palatine Hill. From the top, we got a good view of Rome and a bunch of ruins. The guidebook told us what we were looking at, but I have to admit that it didn't come to life the same way as the forum did because we didn't have an audioguide. The part that I did enjoy was looking at all of the umbrella pines. I had just finished reading Four Seasons in Rome, and the umbrella pines play a huge role in that book. They're so uniquely shaped and such an interesting diversion. I'm not sure I could get tired of looking at them stretching majestically over everything and imagining that Pliny the Elder could have been looking at exactly the same tree.

We did have the Rick Steves audioguide for the Colosseum. It was nowhere near as good as the one for the Forum, as it didn't really take you on a walk through the Colosseum, but it did give us a feel for what would happen there and what we were looking at, so at least parts of it were worth it.Thus ended our tour of Ancient Rome.

We stopped at a grocery store for cheese, bread, and some hot pepper fig jam so that we could get an early start the next day, and then collapsed back at our hotel room. All of that walking in the sun had left us both a bit dehydrated and tired, and our feet were definitely exhausted puppies. We watched a bit of some Italian cooking show on TV and tried to guess what the contestants were supposed to be doing, as well as what they were making, and then headed out to a nearby place for dinner. I didn't realize it when I ordered it, but the pizza was stuffed-crust, and was incredibly tasty. We also got the eggplant parmesan, which is nothing like eggplant parm in the states. I had known that from my previous trip, and was excited to share this “different” eggplant parm that was more like a lasagne, but with thin eggplant slices instead of noodles. Just before we got up to go, the live music started. The singer was good, but we were too tired and full to stay and enjoy him, just for the sake of the music. We headed back to the hotel to sleep so that we could get up early for Vatican Day. 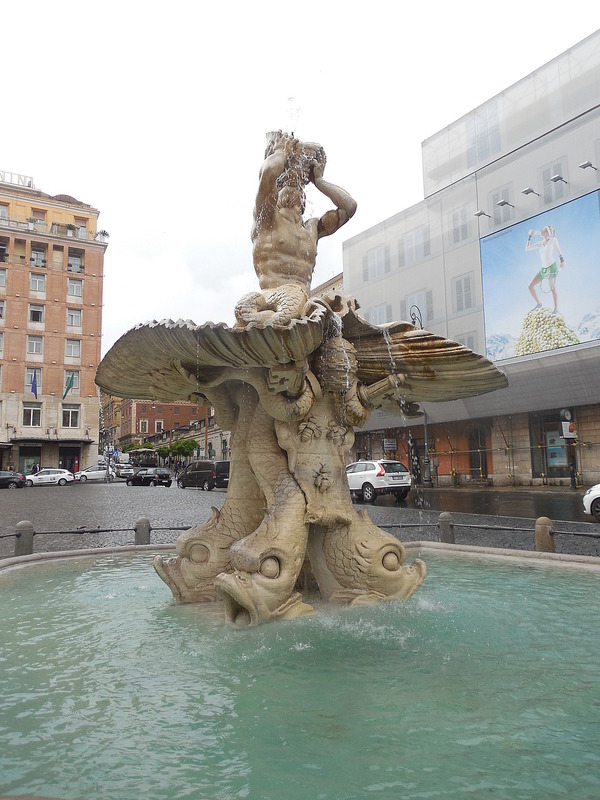 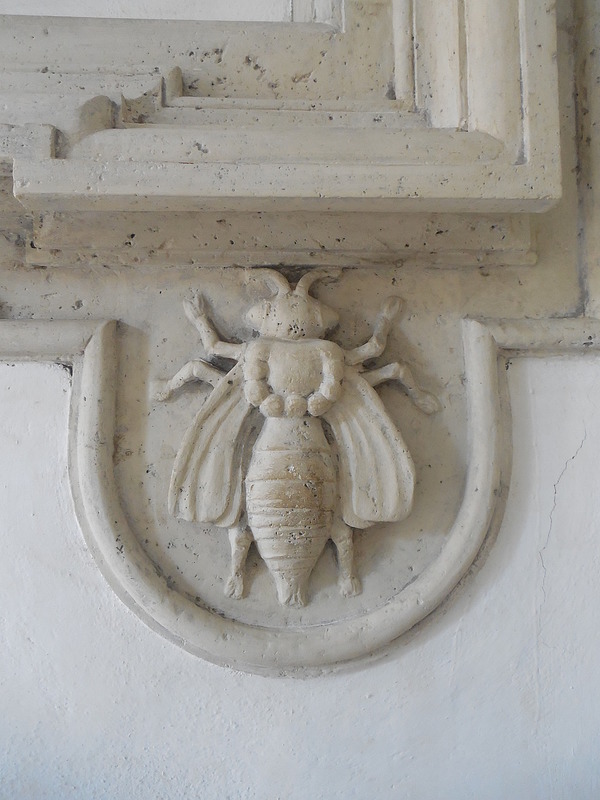 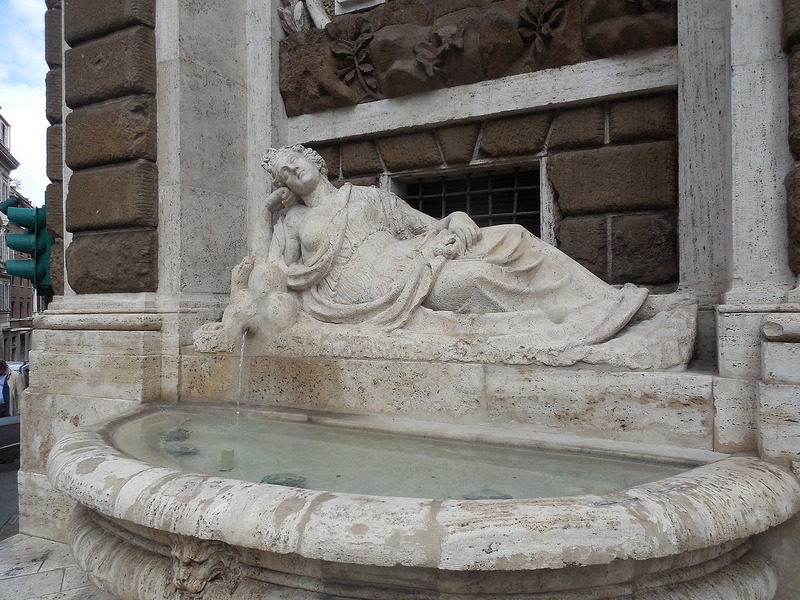 One of the Four Fountains 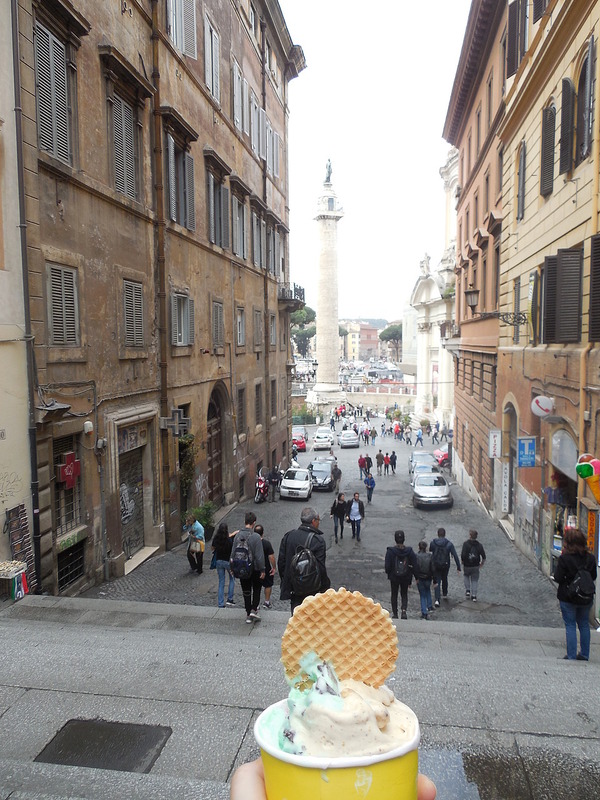 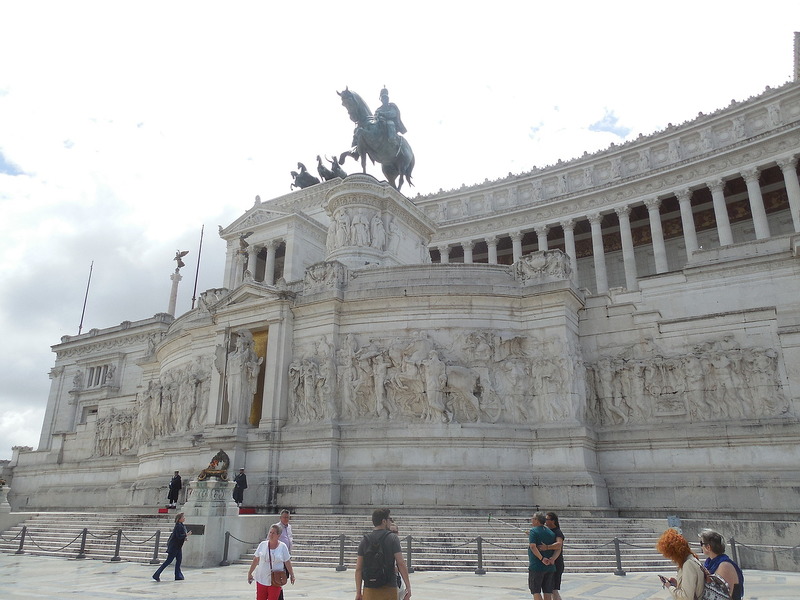 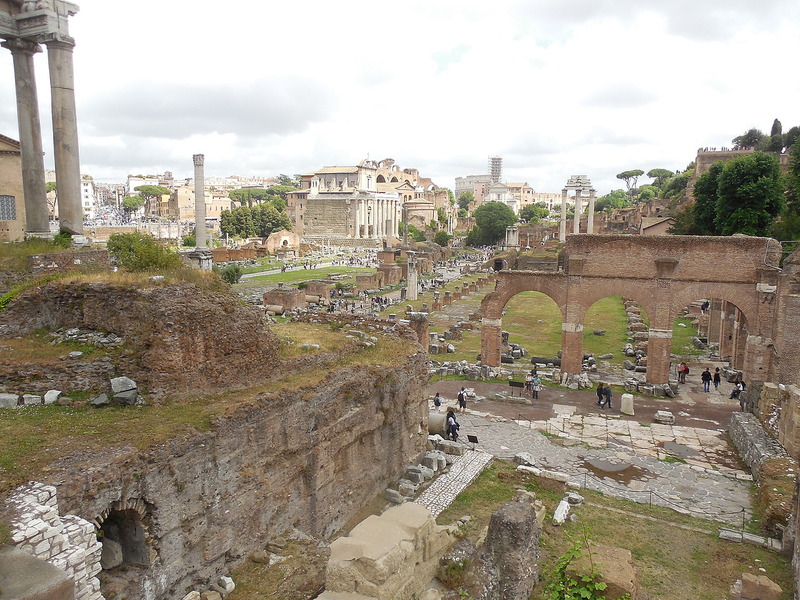 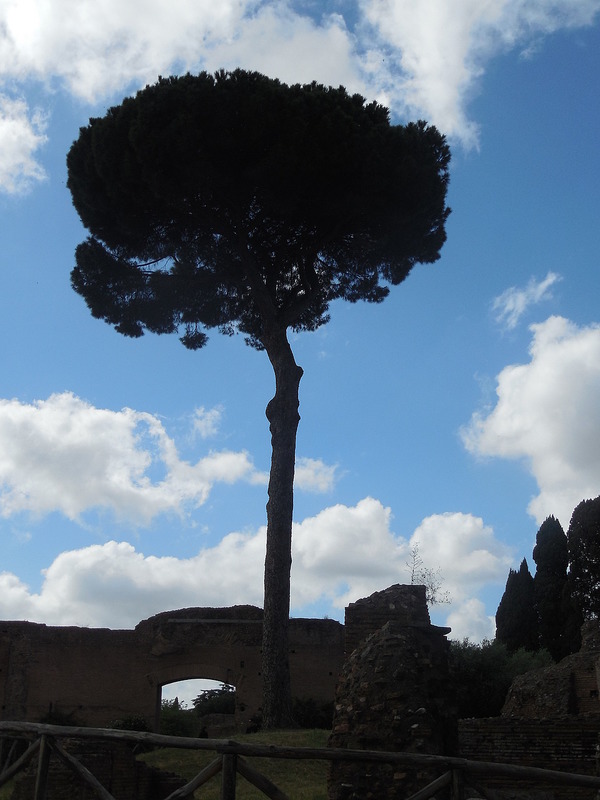 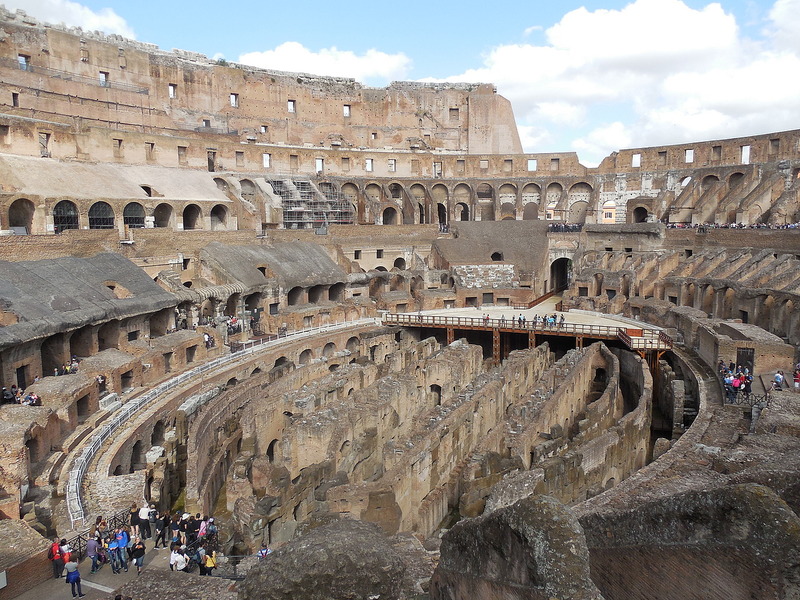 Posted by spsadventures 16:00 Archived in Italy