Lions and tigers and dinosaurs?

I spent the night at the Jerusalem Little Hotel, just to try something different. I wanted my own room and a good night's sleep, because this week was a little rough at work. The hotel check-in was at the partner hostel (Jerusalem Hostel, logo a lion) a few doors down, but it was short and easy to get between the two. I was happy I didn't have a lot of stuff to haul up the stairs, and was pleasantly surprised by the quality of the room. The only thing that was lacking was AC, but they had a fan that did a pretty good job of keeping the room comfortable. I would stay here again if I needed an inexpensive place and wanted to be alone. In the morning, I went to the kotel for Women of the Wall services, and then got on a bus. I had some time and no specific plans (other than eventually coming across the Botanical Gardens) so I just wanted to see the city. I figured that riding random buses was a relatively cheap, air-conditioned way of doing that. So, I got a ticket that allowed a lot of transfers within a 90 minute (I think) time frame, and just rode. I rode up and down the city, through street fairs, religious neighborhoods, and artsy-looking areas. I saw all sorts of people, and rode down streets I had never seen before. In the end, I was at the central bus stop. I asked the information desk which bus to take to the botanical gardens, and took it. It put me relatively near where my map had said the Botanical Gardens are. Except, the entrance that was actually open was about a km away. Thanks information lady. I walked in the heat, which was getting to be too much at this point, but then I saw that a lot of the people living on that street had grape vines that were overhanging the path. "How refreshing that would be!" I thought. Nope. These were the sourest grapes I'd ever tasted. So much for that. Eventually, I arrived at the correct entrance to the Botanical Gardens, which was no easy feat as half of the signs are wrong. I paid the special exhibit entrance fee, and was super-excited to go see the animatronic dinosaurs! No, I wasn't here to see plants, I had heard about this dino exhibit and was instantly drawn in. Who doesn't love robots? Who doesn't love dinosaurs? And when you put them together- robotic dinosaur- how can you go wrong? It was so not worth it. They had a bunch of large dinosaur models that looked like larger versions of the toys I had growing up. Most of them would periodically move their heads or tails back and forth, and many had speakers nearby playing screaming noises. That's about it. For a kid, maybe it was cool, but I'm not sure that a lot of the kids who walking the park were excited. At least not until the popsicle stand. I thought, "ok, so the dinos were a bust, at least I'll get to see the flowers and botanical stuff." Except that the dino displays were blocking all the paths to where the plants are. So much for that. I exited, tired, hot, a little disappointed, and not upset that I had a meeting in the air conditioning shortly. I moved hotels to the Caesar for a couple of reasons: 1, it was closer to what I wanted to do tomorrow, when there won't be regular public transportation. 2, they have a pool. 3, after my rough work week, I was ready for some air conditioning and relative luxury. 4, I bet they'd have a good breakfast, and 5, did I mention the pool? After moving hotels, I did a quick run at the Mehane Yehuda Market (an overpacked madhouse, as always on Fridays) for dinner, and then returned to my room to relax, have my meeting, and get some work done. 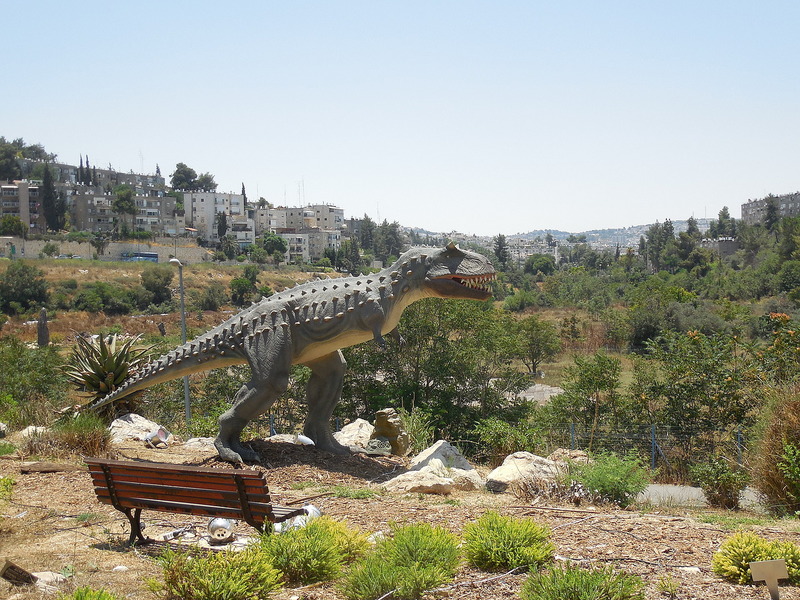 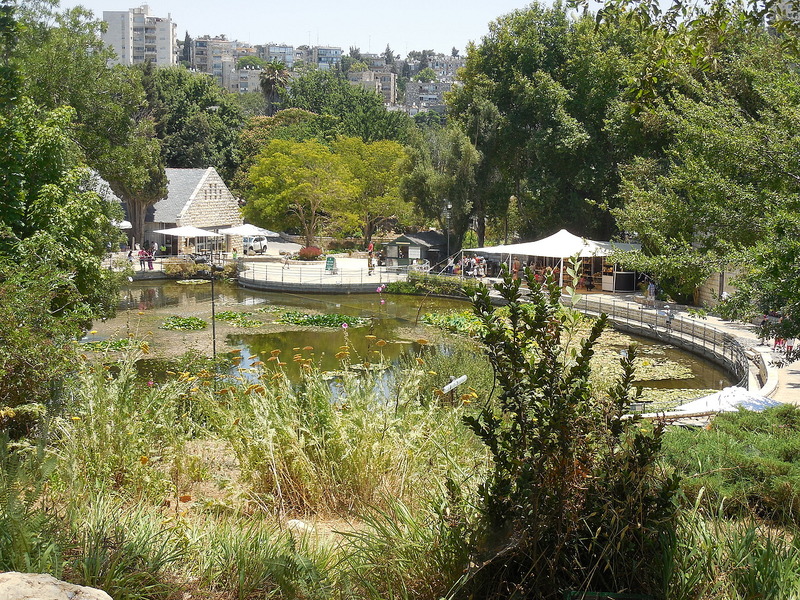