I woke up this morning well rested, relaxed, and ready to relax further. One reason I switched hotels to something nicer than what I usually stay in is because I just wanted to enjoy a bit of AC and luxury. Another is that they had a pretty full breakfast. The last was that I wanted to use their pool. The pool is on the roof, which unfortunately means that there are a lot of pigeons that frequent the area. The area surrounding the pool was pretty covered in pigepn droppings, which wasn't so pleasant. However, the water was clean and I enjoyed floating around in the pool for a while. I was very relaxed. After a while though, a bunch of loud kids came. The pool is not big enough for laps and is not big enough for rowdy kids and relaxing adults, so I left and let the kids have their fun. Besides, I had achieved the state of relaxation I wanted, and was ready to go do something. One other reason I had picked a hotel at that end of town was because it is near the Israel museum, which is open on Saturdays and which I had never visited. The walk to the museum was hot, but. Was visually pleasant, as I walked through a large park. There weren't a lot of trees or shade, but families were out en force, enjoying what little there was and picnicking in the park. At one point, I wanted to make sure I was heading the correct way, so I asked a guy to confirm my directions. This led to quite an interesting conversation. He was ultra-orthodox religious, so despite the heat, he was wearing a black suit. However, he was still willing to speak to me. When I asked him for directions, he first asked me if the museum was open on Saturdays. Yes, that's why I was headed there. At that point, he told me (politely) that he wouldn't give me directions because he couldn't enable me spending money on the Sabbath. I told him that it's not my tradition not to spend money on the Sabbath, but that I respect his, and that I'd go find somebody else to give me directions. On the one hand, I respect that he doesn't want to enable what he sees as a sin. On the other hand, I was clearly going there anyway and clearly have different beliefs than him, so maybe he could respect my lifestly choices too. It's a hard question, as I know I'd give somebody directions to a McDonalds, even if that person were to commit the "sin in my eyes" of eating a burger that's horrible for the planet, but I wouldn't give those directions if they were going to go bomb the McDonalds or something. I guess he just happens to see the "sin" as a much bigger deal than many people would. In any case, there were plenty of other people around to get directions from and I was on the right track.

The museum itself is huge. Not Louvre huge, but still huge. It contained a wide variety of exhibitions on everything from ancient artifacts to how people celebrate birthdays.

Because so many different nations conquered and lived in this area, they had a very wide variety of artifacts. They did a great job of using those in concert with replica displays and art to capture what life would have been like back then. Some of the subjects (like ancient Rome and Greece or French pre-revolution) are standard museum fare, but most of it wasn't stuff like what I've seen before. One of the sections I enjoyed a lot was the area where they reconstructed synagogues from all over the world inside the museum. They rescued Polish, Caribbean, Asian, and other synagogues to be recreated here. They even had sand in the Carribean one, and it really brought me back there for a few minutes. Overall, I have to say that the museum was definitely worth the trip. It was a nice, air-conditioned way to spend several hours learning. It was interesting for all ages and priced appropriately.

The Shrine of the Book is also near the Israel Museum. It looks like a big nipple sticking up in the air, but it contains the Dead Sea scrolls and an interesting display about how them. I learned where they were found and how they were read. It's free, so it's certainly worth the price. Plus, I thought the history there was interesting. 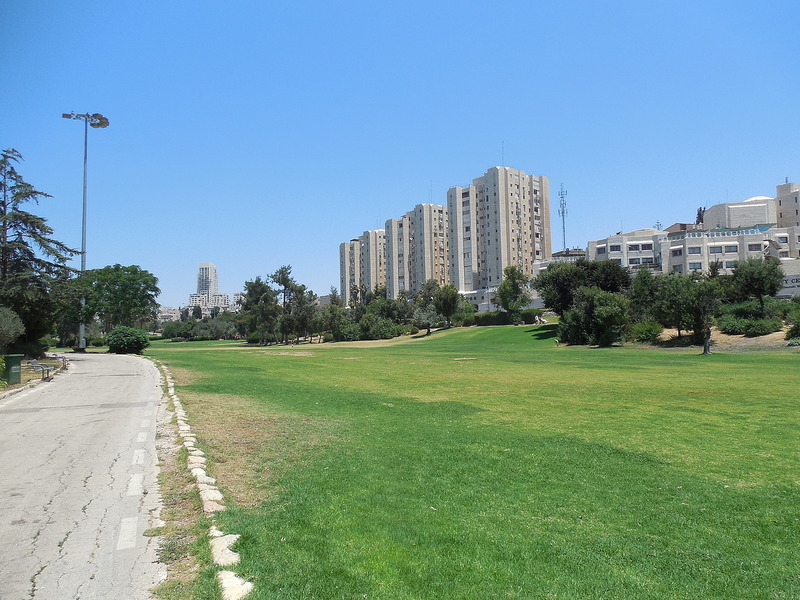 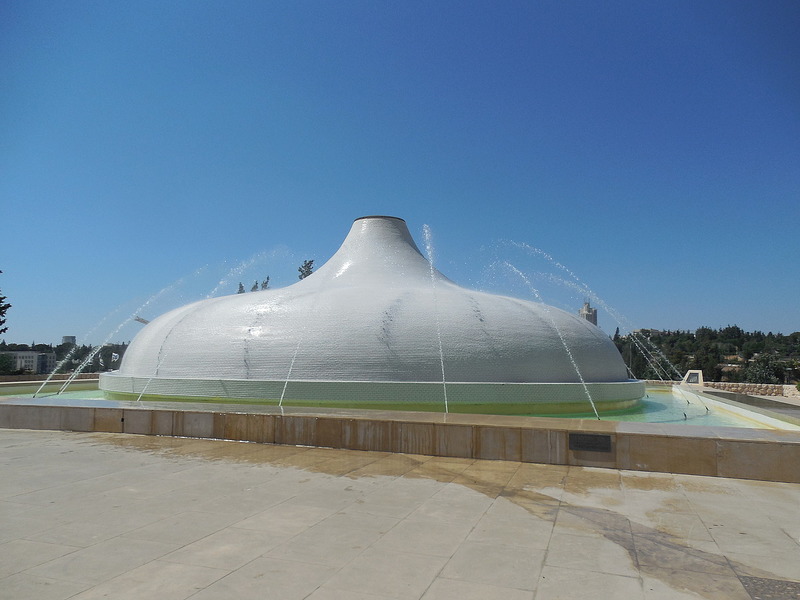 Shrine of the Book