We went to the Beer Sheva science museum. The museum has two parts: inside and outside. Because it was hot, we started with the inside part in hopes that the outside would be nicer more towards evening. There are several floors of displays, all of which are in Hebrew, Arabic, and English. The English has some misspellings and awkward sentences, but was generally very good. The museum covered a wide variety of topics from simple machines to nuclear medicine. The only display that I found to be a bit biased or less-than-scientific was the agricultural display. Otherwise, the content was accurate and clear. In general, the displays were video or audio and seemed very computer-based. Unfortunately, there were very few displays where you could just walk up, figure out how to use them, and see science without a lengthy introduction. Most were unnecessarily digital and complex and the "digital" part didn't always add anything. On the other hand, once you were willing to listen to a long explanation, many were games you could play with another player. Of course, if you went by yourself, there were many exhibits you couldn't use without asking a stranger for assistance. We also saw a "laser lab" demo. It was a good introduction to some light concepts, but I think it was mismarketed. If they called it a demonstration, I'd say it was an excellent demonstration. As a lab though, I'd expect it to be hands-on and experimental, and it was neither. Outside, most of the displays were large, playground-style, interactive displays. These were much better, in my opinion, as you could just walk up to them and intuitively know what to do without an explanation. Several were "team" activities where you really needed at least 3 people, but there were also several you could do by yourself. If you've got a day to kill in Beer Sheva with multiple kids, especially ones who are more interested in listening to digital audio, playing on computers, and watching tv than science, this would be a good, educational activity. For people who love more traditional hands-on science museums, I might skip it unless you have nothing else to do or are really interested in paying a lot to watch science movies. 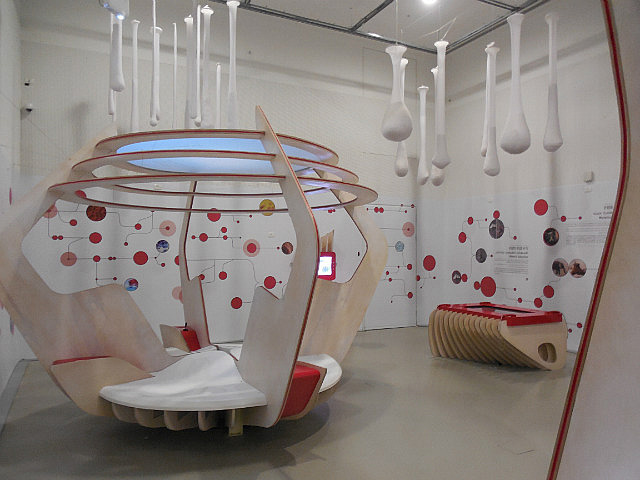 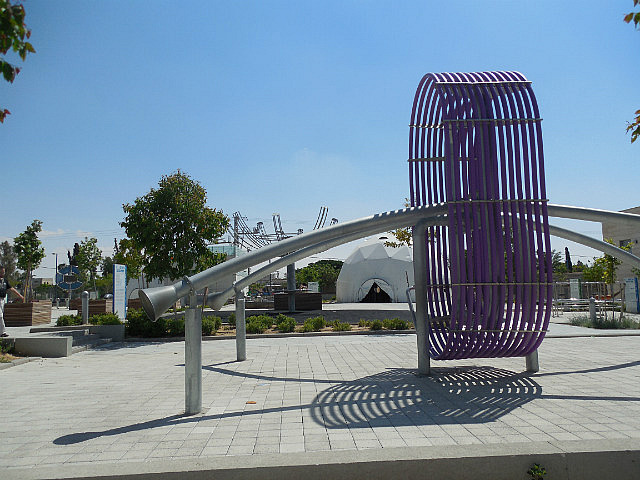